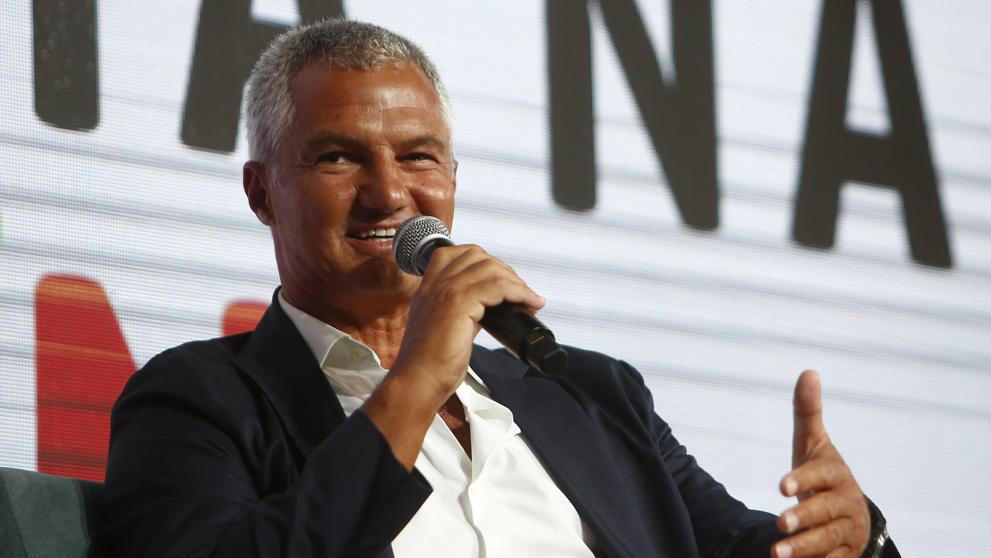 The Barcelona has not ruled out the return of Neymar, the Barca manager said in Colombia Javier Bordás, who did not say that the Brazilian striker can arrive in the winter market. "While he wants to come, we are going to do what we can to come," said the leader, who added that this return must be "economically viable."

Bordas, who participates in Medellín in the first Orange Economy Summit, left open the possibility of signing the Brazilian star for January next year: “It will be seen. Everyone is very changeable in football, but Neymar is Neymar. ” Bordas recalled that in the negotiations they held with Paris Saint-Germain they had an economic ceiling, but "unfortunately" was not enough. “The case of Neymar is a special case. He is an exceptional player and he wants to come to Barça. He has not adapted to Paris, he was wrong to go there, he has said it himself, ”added Bordas.

Neymar is an exceptional player and wants to come to Barça ”


On the other hand, the manager referred to Lionel Messi's continuity in Barcelona to dismiss versions that placed the Argentine in the MLS at the end of his contract in 2020. “I don't see him in another club. There are few people more from Barcelona than Messi, ”said the member of the board of directors of the Barça club.

He said he does not see that the Argentine star "is going to go for money" and stressed that "Messi is from Barça, Messi is Barça." “People are worried because the contract ends but Messi stays because he is from Barça. He feels it, he comes from the Masía, you just have to see it when you lose a match, ”said the manager.

On the preparation of the team for the season he started, he said that "when you are reinforcing the best team in the world it is very difficult to do so," and said "I do not think the signings that have been made in recent years have been wrong." “Who will replace Suárez or Messi? Who can play instead of Rakitic or Busquets? In the end, the one you bring, you bring it back. This year, with the economic effort involved, we have signed two to be headlines: De Jong and Griezmann, ”he said.