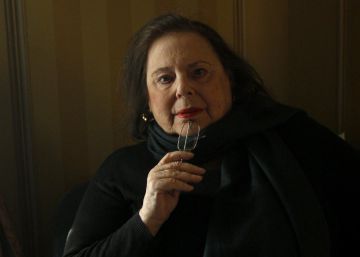 The writer Barbara Probst Solomon (New York, 1929) has died this Sunday at his home in Manhattan at age 90 from a kidney problem, according to his family. Recognized for her writings on Spain under Franco's dictatorship, Probst Solomon is the author of The happy forty, a book that recounts his adventures in post-war Europe, as well as Francisco Cerecedo Journalism Award and collaborator of EL PAÍS since 1987.

Born into a Jewish family of the high liberal bourgeoisie, Probst Solomon traveled to Europe before her 20th birthday to learn about the ravages caused by World War II. He met a group of Spanish exiles in Paris with whom he made a deep friendship. He collaborated with Francisco Benet and Barbara Mailer on the adventure of take out of the Francoist prison of Cuelgamuros Nicolás Sánchez Albornoz and Manuel Lamana, a fact he preferred not to talk about.

In an interview with this newspaper in 2008, the New York writer questioned the effectiveness of the laws of historical memory and criticized the absence of the real woman in journalism. "It is in the leftist media where the woman has been worse treated and that is where we have to rebel once again. It's not about women writing about women's issues, nor about super-women capable of everything, that there always are, it's about playing a real intellectual role, "he said.

Other works for which it stands out are Short flights (Angrama, 1984), book in which he addresses from his particular vision the Transition in Spain; The Beat of Life (1960), about unwanted pregnancies and their terrible consequences or Smart Hearts in the City (1992), about interracial love. She is also the author of two volumes of memories.

Olaf from ‘Frozen’ will star in a series of homemade shorts