Through the Zoom screen you can see your tidy room. She smiles as if she had just received some good news, but there is, it seems to me, an air of sorrow on her countenance, as if the novel that she has just published and of which we are speaking, The memory of the wire, It was still echoing in his head. Bárbara Blasco, "almost fifty years old", Valencian. Author of The symptoms say which was awarded the Tusquets Prize in 2018, now publishes this explosion of music, discovery and melancholy in which two teenagers learn about life... and death.

How much of his life is in this novel?

How autobiographical do you say?

No. I mean his way of seeing life.

It's just that today's teenagers are different from my contemporaries. But I have a teenage son, so… In the novel I have pulled from my own memories and, above all, from my own sensations. I needed to look at the world through the eyes of adolescence again, from a hard moment. Because I have a mythologized childhood and the moment we are expelled from it, well… it marks you a lot. If you add to that a series of circumstances, similar to the ones I experienced, then you have a tough story.

Sometimes I think that what has really happened to me is the novel. In other words: the novel has changed my past"

A hard story and equivalent to those suffered by the protagonists of your novel?

Well, not exactly like that, but I have taken things directly from my own experience. My friends and I were caught stealing from El Corte Inglés, we went with some older guys and we kissed and they gave us money… Well, that's not just anything. But there are many anecdotes to which I have added fiction to serve the story. When I now try to go back to my original memories, it turns out that those memories have changed. And sometimes I think that what has really happened to me is the novel. In other words: the novel has changed my past. I don't know if it's good or bad, I just know it's weird. Perhaps because memory is literature.

In this book there is as much memory as pain.

Yes Yes. I think we lose something painful in adolescence. In this case it is symbolized by Carla, by the death of that friend, which is not known if it is a suicide or a death. Well, we can say that it is a suicide that has to do with sexual abuse. Something that in the 80s we lived almost normally, seen with the eyes of now, of course. Being a woman at that time was quite risky.

It is an abuse that the protagonist of the novel herself also suffers..

Yes. I think what he wanted to work on was guilt. The memory mechanisms, too. The music. And you go deeper and then you see that it's all about guilt. A guilt that goes deeper into the dark spots of memory and how you have to look at all that and forgive yourself.

On the subject of abuses, do you think that now they do not occur as much or they occur less or is it something of always?

I think there are things that will continue. But I do believe that there is a huge change with the arrival of the Internet and then social networks. Today, in addition, feminism has changed us. Today a victim no longer thinks that she has to put up with it. The whole issue of cancellation, of men who abuse and of consent, is more complex. If there is any author who is a pederast, he would cancel it. To him, but not his work. It is much more important to adjective than to censor.

In the book there is a moment when the wire is twisted. That moment when adolescence is also twisted. Can you describe that moment?

Well, it's hard. I only have three novels, but it is the first time that when I started I already had the whole story and also the title. It seemed to me that when innocence is lost there is no going back. You no longer look at life the same. And it is the prelude to becoming an adult. For example, I would love to see life as it was when I was a child, but it is impossible for me. It's impossible for me since I was a teenager. 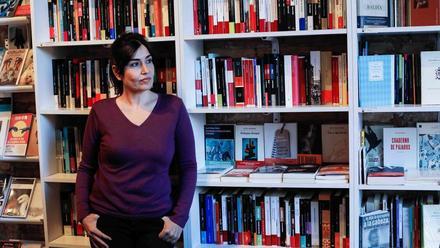 The novel includes all the elements of adolescence: God, death, friendship, music, sex and "a girl with no future", as it says at one point in the story.

Yes. But all that you have said is not just the concerns of adolescence. They continue now. I am almost 50 years old and those are still my concerns. We don't change that much after adolescence.

Of all that happens in the novel and, probably, in your life, what was left intact?

Well, I've tried to keep the ability to feel intact. The price of maintaining some innocence is accepting that one is going to suffer more. I want to think that there is some hope and innocence that I have tried to keep protected, with a lot of suffering. But at least it works for me.

Perhaps because when you are a teenager you no longer look so different from an adult. Because you realize that soon you will become one of them.

Yes. That's terrible, huh. That's why that time is so intense. But, on the other hand, there is an overwhelming desire to discover and live. At some point the protagonist of my novel defines it as "a tumor growing on a strange skin."

I don't like having gotten used to adult life. I don't like that you have to do things to get money"

Now that you're an adult, what do you miss about being a teenager and what don't you like about being an adult?

I used to talk about guilt. The guilt is always present. Sometimes we even feel guilty for what others do.

Completely. It would make me want to tell my protagonist: don't be guilty! But, look: guilt is a great driving force for writing, for going to the psychologist… Guilt, I said it the other day, belongs to good people. It is what distinguishes us from the bad guy, from the psychopath: that we feel guilty when we hurt others. It is true that now it is not well seen to have certain values ​​of religiosity, but it is good to have some, without going overboard. Without guilt, for example, we would not have Buñuel.

Without fault we would not have this book.

Did it hurt to write it?

A lot. But she also relieved me. I think she hadn't realized it but, somehow, she was stuck in adolescence. And she was a little sick of it. So, to get out of that, I wrote. I plunged into adolescence through fiction and now it's like I've been drained. 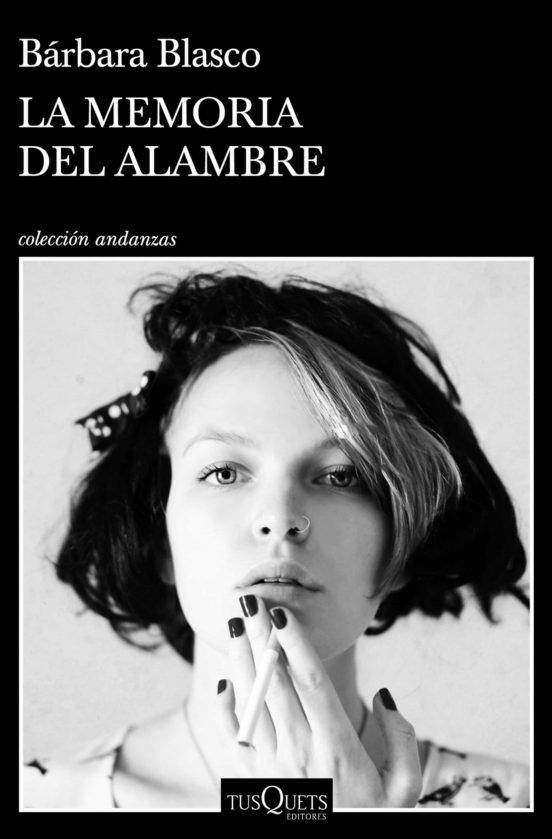 The whole book is full of music. But in the end that music stops, Clara just dies and, as it says in the book, "then the noise of the train swallowed everything". What impact has music had on your life?

Well, I'm not a person who listens to a lot of music because I almost always end up crying. But just as we listened to music in adolescence, we don't do it again. At that time of life music is very important. Because it goes directly to the emotion and produces sensations that one does not control.

Maybe the books have their own music, but the reader listens to them with another.

If only. I hope that each reader fills the novel with the music they want, so that they enjoy it and make it their own.

How did this writing leave you?

Well, I've already had time to recover, but it left me well. I dropped things, gave them meaning and that served me a lot.

Let's see, these months I've had a little bad. But they are times. Everything goes up and down. I believe that there are wounds that are closed, but then they are activated when one suffers again. But… blessed pain! Because it makes us feel.