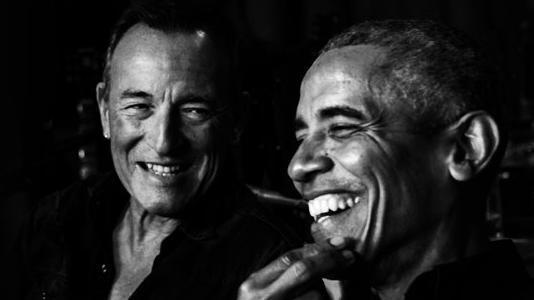 The music platform Spotify has announced this Monday the publication of a podcast by Barack Obama and Bruce Springsteen, in which both characters engage in a conversation that ranges from political issues to parenthood and marriage. Under the name “Renegades: Born in the USA” (Rebels: Born in the USA), this series of conversations will consist of eight episodes.

“It is a personal and deep debate between two friends who explore their past, their beliefs and the country they love: what it was, what it is, and what it should be in the future,” Spotify said in a statement about the podcast, by Barack and Michelle Obama producer Higher Grounds. The episodes, the text adds, are the result of a “deep friendship” between Obama and Springsteen, which began “when they met for the first time in the 2008 election campaign.”

The podcast is also another important bet by Spotify to dominate the market for this entertainment format, in which it has committed to investing more than 500 million dollars (around 410 million euros) and has reached agreements with important celebrities such as Kim Kardashian or the comedian and ex-athlete Joe Rogan.

“Renegades: Born in the USA” is released after Spotify struck a deal with the Obamas to produce podcasts, the first of which was “The Michelle Obama Podcast,” which reached # 1 on the global podcast chart on last summer.

Spotify hopes that this product, which focuses on the current polarized political climate in the United States, will be just as successful.

“How did we get here? How can we go back to a more unified American history?” Obama asks in the introduction to the podcast. “On the surface, Bruce and I don’t have much in common. But over the years, we have realized that we share the same sensibilities. About work, about family and about the US,” adds the former president. .

Specifically, both men talk about the absence of their parents in their lives when they were children, both emotionally and in person.

“My father was quiet most of the time. He was not communicative. I grew up thinking that my father was ashamed of his entire family,” says Springsteen in a short video recorded of the conversations, which Obama posted on Monday on Twitter. .

“My father left when I was two years old, and I did not meet him until I was ten years old, when he came to see us for a month. I had no way of connecting with him,” says Obama.

Spotify has announced the launch of this podcast in a virtual event in which they have also advanced the expansion of their DC Comics shows and a new collaboration with the Russo brothers, the directors of the films “The Avengers.”