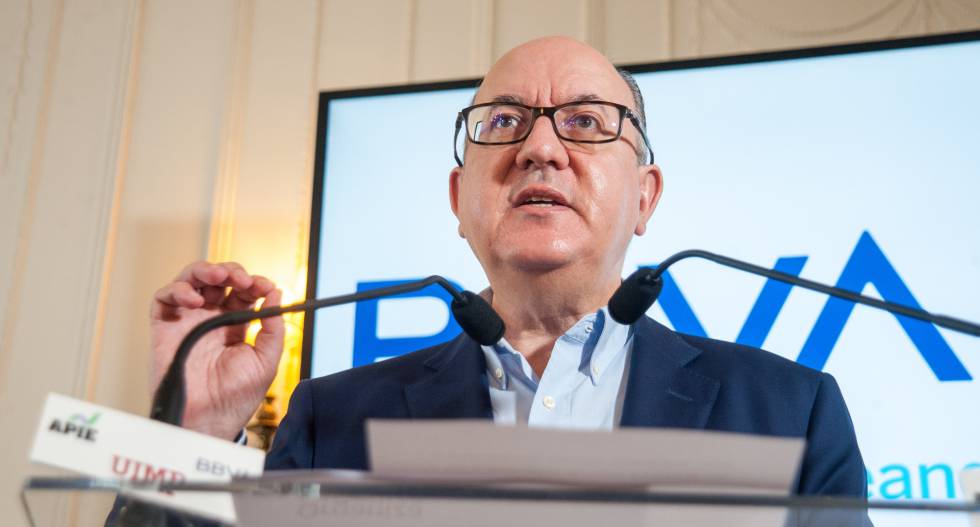 In the end, and despite the delay, the bank's employer, AEB, and the unions have managed to agree to sign the collective agreement that runs from 2019 to 2023 inclusive in the coming days. The point at which there has been more tension has been in the wage increase, but yesterday they managed to reach an agreement, after the AEB accepted the unions' proposal to raise wages this year by 0.25%, despite This year is not expected to be very promising for the sector either, after the worsening of the health crisis.

The bank already improved its salary proposal last Friday, with a rise of 1% for the year 2022 and 1.25% in 2023, although the unions also demanded a salary increase for this year, which in the end was Has got. In this way, a principle of agreement is achieved in an agreement that had been extended since December 2018.

Life insurance is extended to the entire workforce, and teleworking is regulated, as already happened in the savings agreement, the first in which work at home was approved.

In this way, if more than 30% of the day is worked at home, the company will provide a computer, mobile phone and ergonomic chair. 130 euros will also be delivered for the purchase of screen, keyboard and mouse, and monthly compensation of 55 euros proportional to the percentage of telework that is carried out. If the workday at home is less than 30%, the company must provide a computer and mobile phone.

Outside the tables, financial entities also undertake to make a payment for benefits or if they distribute benefits, which is off the charts, and which rises to 0.25% in the years 2021, 2022 and 2023, although they will be paid annually following in all cases. In addition, the perception of a quarter of pay is consolidated based on the result of the operating activity (RAE) annually from this year to 2025, according to a variation table. Thus, if it is greater than 5% to 10%, a quarter pay will be distributed, from 10% to 15%, it will be two quarters, thus, until reaching a theoretical RAE of 30% or greater, in which case the number pay would be six.

In this agreement a new loan has also been created "to meet various needs". This consumer credit would have a ceiling of 10,000 euros (in the old boxes it is 30,000 euros), the terms and amounts of mortgages for employees in the sector are also improved and the concepts to request interest-free loans are expanded.

It also regulates digital disconnection, the right to privacy when using mobile phones, the privacy of call recordings, and the right to digital education and artificial intelligence.

The agreement, the first banking agreement to be signed for five years, includes allowances for overnight stays away from home ranging from 35 to 37 euros, between 2021 and 2023.