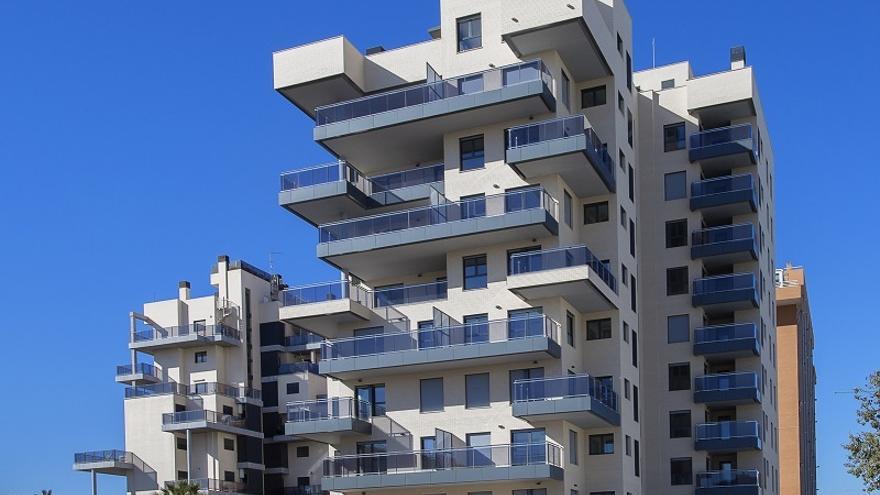 The question that hovers over the Spanish banking sector for next year is whether or not there will be an increase in delinquencies, when the moratoriums and the government support measures are lifted. The entities have detached themselves in recent years from the important slab of real estate and unpaid loans from the previous crisis to the delight of investment funds, but a recent report by the consulting firm Axis Corporate warns that Spanish banks still have in their balances 48,000 million euros in this type of assets and its NPL rate - non-performing assets, loans that carry several defaults - is higher than the average for the euro zone.

Specifically, in Spain there are currently 80,000 million in toxic assets in the financial sector, including the 32,000 million that are in the portfolio of Sareb, the bad bank that absorbed the burden of banking after the 2008 crisis. Axis points out that This volume can be seen to increase this coming year, to the extent that the withdrawal of economic stimuli implies an increase in unemployment and, with it, defaults. "A considerable increase in defaults is expected," says the consultancy in its annual report.

"Banks will have to continue with the strategy adopted in past years and continue their efforts to reduce the volume of NPL, forcing them, undoubtedly, to sell portfolios," the report reads. Axis calculates that since the last financial crisis, banks have managed to get rid of 156,000 million euros of this type of assets that represent a headache for their management, in favor of investment funds that have acquired thousands of homes at reduced prices and unpaid credits. Santander has been the most active in sales, with 39,000 million since 2015, followed by CaixaBank (24,700 million) and Sabadell (24,600 million).

Despite these advances, Axis warns that Spain remains above its European partners. The NPL ratio —percentage of unpaid loans over the total— stands at 4.5%, the lowest since the last crisis. However, it significantly exceeds the average for the euro zone, which is 2.9%. This may lead to new sales during 2022 given the expected increase due to the economic situation. According to the report, Santander is the bank with the highest volume of toxic assets in its portfolio (12,500 million), followed by CaixaBank (8,600 million, to which must be added 6,000 million from Bankia), BBVA (7,200 million) and Sabadell (4,600 million). millions).

The banking, however, is more optimistic regarding the evolution of the quality of its portfolio due to the pandemic. During 2020 they made billionaire provisions to face possible losses due to defaults. Now, a year and a half after the outbreak of the pandemic, public messages from industry executives point to some optimism. "We all have the expectation that this increase will occur, but we believe that it will be moderate," said, for example, César González Bueno, CEO of Sabadell, at a meeting of the financial sector organized by KPMG and Expansión. "Growth [de la morosidad] It will occur but it will not be striking or relevant, "he stressed. A speech shared by other managers.

This Wednesday the delinquency data prepared by the Bank of Spain until the end of October was known. The delinquency ratio contemplated by the banking supervisor is 4.36%, compared to 4.35% until September. In absolute levels, it is close to 53,000 million, after increasing 0.25% in one month. Despite breaking a streak of four continuous months of decline, the Bank of Spain points out that the data is lower than those reached at certain times of the pandemic and remains well below the record, which was reached in December 2013 with 13 , 6% delinquency

During the two years of the pandemic, the biggest seller of toxic assets has been Sareb, the bad bank. Sum, between 2020 and 2021, 3,300 million euros in sales. However, José Masip, partner of Financial Services and Real Estate at Axis Corporate, points out that he is not expected to be the main seller this year. "Their strategy is not to lose money, they seek to maximize assets. He has five years left in his mandate and they are not in that scenario," explains Masip, noting that the sale of portfolios usually goes at a discount and is not what the bank's managers are looking for. bad. The analyst points to Santander and CaixaBank, for the assets from Bankia, as the players that will move the most in 2022.

If the bank drops portfolio, there are those who pick it up. On that side are the funds and investment firms that bet on this type of assets. Firms that, in the last two years, due to the pandemic, have stepped on the brake on the purchase of dubious or toxic products. In a "normal" year, Masip points out, the sale of portfolios would be between 15,000 and 20,000 million euros. This last figure is precisely what he foresees that it can be reached next year.

On the other hand, between 2020 and 2021, in the set of these almost two years, the portfolio sale operations that have had the funds as buyers are below that figure, at 13,548 million euros, according to data compiled by this consultant. In this last year, the largest operations have had the firm as a protagonist Procobro, specialized in debt recovery services, which has acquired portfolios worth 3,300 million euros. Only Sareb sold him a development loan this summer estimated at 1,700 million euros. It is followed by the CPP Investment Board, the Canadian pension fund (with 1,672 million euros); and the investment giant KKR (1,250 million).

On the other hand, if you look at the complete picture, over the last six years, of the almost 156,000 million toxic assets sold by banks, three large firms have shared a good part of the pie. The first is Blackstone with purchases valued at more than 32,000 million euros. The fund that bought in 2014 more than 1,800 flats from the Municipal Housing and Land Company (EMVS) of Madrid, below the appraised price, almost 130 million euros, it is still the bank's first big buyer. Blackstone is a Principal Partner of 'Project Quasar', together with Santander, to which the latter transferred the portfolio of doubtful assets of Banco Popular after its acquisition in 2017, for a volume of 30,000 million euros.

However, the North American giant is also starting to sell some parts of its portfolio, because, after these six years, the time has come to rotate assets. For example, it finalizes the sale of nearly 800 apartments to Axa, which it currently manages for rent through its Socimi Testa, according to what the specialized real estate outlet Brainsre News announced last week.

Behind Blackstone, by volume of assets purchased, two other investment giants. Cerberus Y Lone Star Funds. The first, which was left with a portfolio of Catalunya Caixa and Sabadell, exceeds 26,000 million euros. Meanwhile, Lone Star (which assumed assets of CaixaBank and Bankia) reaches 17,070 million, according to data compiled by Axis.

"The forecasts for the coming months are to see transactions of lower volume than those experienced in the years after the real estate crisis and, as far as product type is concerned, there will be a change compared to the previous crisis, in which the business revolved around the development business through portfolios made up of SMEs [pequeñas y medianas empresas], companies related to leisure and 'unsecured' [sin garantías]", predicts the consultant.