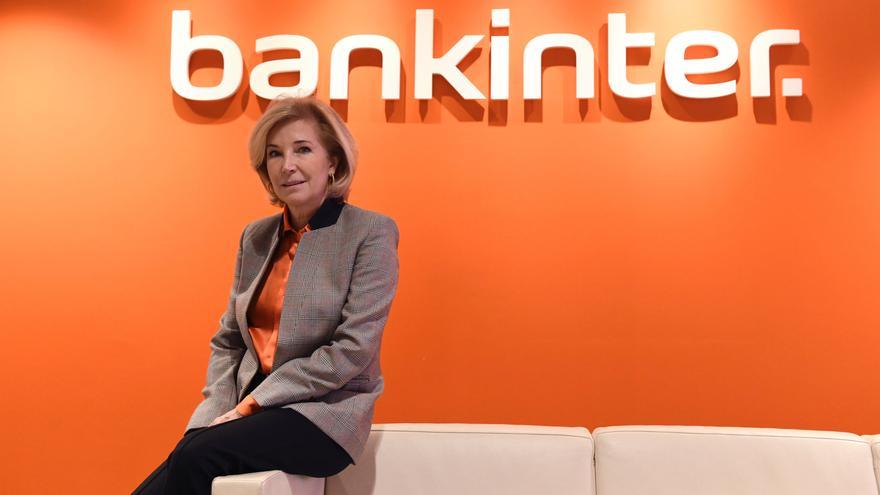 This Thursday the round of presentation of results of the listed financial entities of a year, that of 2020, marked by the coronavirus crisis has begun. The person in charge of opening this period, which will last until the first week of February, has been Bankinter, who closed the year with a 42% drop in profit, due to the provisions it made in the first half of the year to make against the possible impact of the pandemic on their accounts. Specifically, a profit of 317 million euros was recorded.

The person in charge of presenting the accounts has been María Dolores Dancausa, CEO of what is today the sixth largest entity in the country. The directive has also analyzed the main debates that are open in the sector and, in particular, the movement announced by BBVA as the first entity that will charge for the deposits of its clients if they exceed 100,000 euros. Although it was a possibility that had been valued for months by Spanish banks, it was BBVA that opened the ban. However, Dancausa has closed the door for Bankinter to join this possibility. “We do not charge individuals nor do we intend to do so,” he concluded, pointing out that it will only be charged in the case of large companies, as has been done for some time in various banking groups.

Dancausa has also opposed, as it did a few months ago, the possibility that banks have to pay for the mortgages of those clients whose interest may go negative due to the fall in the Euribor. “It is nonsense, it is the world upside down,” said the Bankinter chief executive. “Spanish legislation maintains that the legal nature of the loan contract is based on the fact that the lender lends and the client returns capital plus interest,” he pointed out, recalling that in the last mortgage law it was established that the interest on a mortgage can never be negative. It has admitted, yes, that in some exceptional case it has been possible to produce in the bank, but as a commercial measure “and not as a rule.”

The head of Bankinter has launched two darts at competitors with respect to two other open issues in the sector: mergers and employment. Regarding the first point, Dancausa has once again been skeptical about this type of operation, such as the one that CaixaBank and Bankia and Unicaja and Liberbank have open. “In the short term they can give joy but in the medium term I am not so clear,” stressed the board of directors, who has closed the door for Bankinter to participate in the wave of concentration that may still bring new movements in the sector this year . Regarding the second issue, that of employment, Dancausa has taken his chest out of the situation of his entity. “We, contrary to the sector, continue adding staff and generating employment,” he pointed out. Santander, CaixaBank, Unicaja, Ibercaja or Sabadell have or will have open exit processes this year.

Dancausa has also referred to the government’s economic policy in the face of the crisis opened by the coronavirus. Although she has criticized the tax increase, the CEO of Bankinter has celebrated the “enormously positive” work that the Executive of Pedro Sánchez is having in relation to European aid. “It is going very fast and a very good job has been done,” pointed out the board of directors, who advocates that the bank plays a leading role as a channel of funds to the economy.

With regard to the evolution of the bank’s business, Dancausa has assured that these are positive results despite the fact that it has broken with a seven-year inertia improving the result. “The credit activity or the income have surpassed that of the previous year and are the best figures in our history,” he said. The group’s income has grown by 3.6%, to 1,700 million euros, while it has continued to reduce the bank’s delinquency rate, to 2.37%. However, the company recognizes that the pandemic has impacted on its profitability, taking as a reference a magnitude called ROE, which this year was 7%, just over half a year earlier.

Bankinter maintains its plans for this year to list its insurer, Línea Directa, despite the delay caused by the pandemic. At this time, Dancausa explained, the ECB has been asked to endorse this operation, which, like the return to the dividend, requires the approval of the community supervisor. “We are confident that they will grant it to us throughout the year and we are determined in this operation,” said the board of directors.