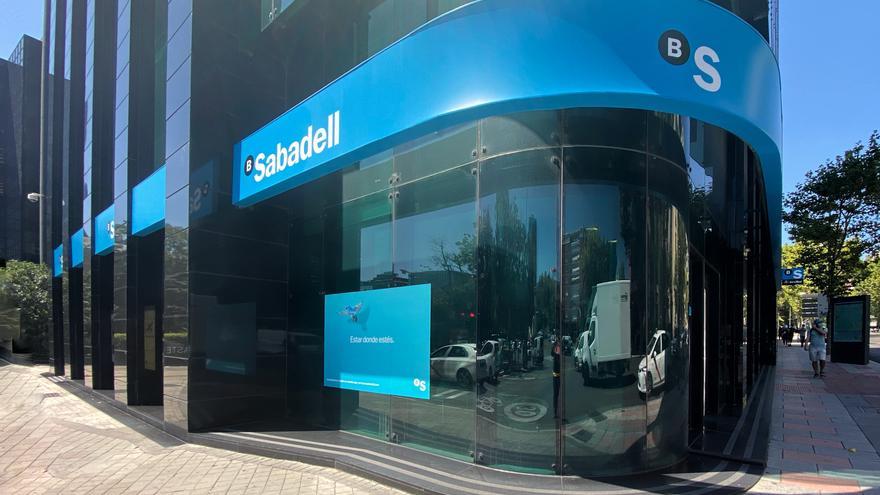 Banco Sabadell has turned to the Goldman Sachs firm to explore different strategic options for the bank, according to Bloomberg and financial sources confirmed. The entity is looking for alternatives that allow cost savings and reduce exposure to loans to SMEs. Among the issues that would have been put on the table, according to the US newspaper, would be to seek options for its British subsidiary, TSB.

According to ‘Bloomberg’, the options that Sabadell would have in this scenario would be a merger, a divestiture or another type of strategic operation. The aforementioned economic media indicates that the commission to the investment bank would have occurred “in recent months.” This medium has contacted Sabadell, who has declined to comment.

The European Central Bank (ECB) have recently warned that the problem of low profitability of European banks has been aggravated by the impact of the Covid-19 crisis, for which they have urged entities to adjust costs and eliminate excess capacity.

The order to Goldman Sachs is known in a context in which the market assumes that there will be a new dance of mergers as a result of the beginning of the negotiations between CaixaBank and Bankia. Analysts have pointed to Sabadell as the entity that could lead the next movements in the sector and in the past there has been speculation about its possible union with the rescued bank. The last to point out Sabadell this Wednesday were the directors of Alvarez & Marsal, who explained that when the exit button is activated, there are entities that are “off the hook”, Sabadell being one of them, from what they see ” clear candidate “to continue with the consolidation process.

The market seems to support this thesis, because despite the fact that the bank’s share accumulated a 68% drop in the stock market since the beginning of the year, the announcement of the talks between Bankia and CaixaBank has allowed it to add four consecutive sessions of promotions, in the which has accumulated a rebound of around 20%.

Banco Sabadell cut its profit by 72.7% in the first half of 2020, to 145 million euros, after accumulating provisions of 1,089 million euros due to the update of the IFRS9 accounting standards that incorporate the new macroeconomic scenarios for the Covid-19. In the presentation of these accounts at the end of July, its CEO, Jaime Guardiola, assumed with “a certain normality” that Sabadell was in the pools to star in a hypothetical consolidation operation, but assured that the bank’s focus was on trying to deal with the crisis and improve profitability organically.

What Sabadell did do was take advantage of the coronavirus crisis to accelerate its office closure plan for this year, adding 90 affected branches compared to those planned, to a total of 230, a reduction that will foreseeably give way to an opportunity to simplify the structure, migrating more massively to remote channels and self-service, Guardiola then advanced.