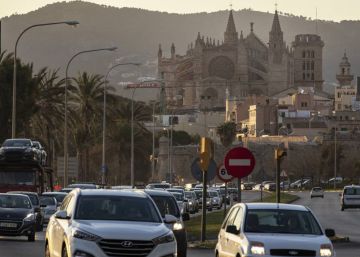 The Balearic Government has suspended the veto to new diesel vehicles and combustion vehicles in general I wanted to start applying from the next decade. It does so to prevent the central executive from blocking your climate change law, which includes the calendar by which new diesel could not circulate around the islands from 2025 and the rest of vehicles with combustion engines from 2035. Both Administrations have reached an agreement that implies that moratorium on waiting for the central government to approve a state climate change law. From that moment on, the Balearic Islands hope to recover that calendar that it has now put on hold.

The state climate change law, which was prepared by the Ministry for Ecological Transition but which did not enter Congress in the previous legislature, was committed to veto the sale and registration of vehicles that emit carbon dioxide – gasoline, diesel and natural gas – from 2040. That calendar is in line with the forecasts of the European Commission itself, which advocates that by 2050 the entire EU economy be carbon neutral.

But the Balearic Islands decided to go one step further and place themselves at the forefront of the fight against combustion vehicles, which, in addition to contributing to climate change, pose a risk to the health of the population due to particles and other pollutants that also expel That kind of engines. However, the Central Executive recalled on Tuesday that this veto to the circulation of vehicles invades state competitions.

The approval of the Balearic law, which was supported by PSOE, Més and Podemos, triggered the anger of the employers' association of car manufacturers, Anfac, which brought the case before the European Commission and the Central Administration. The Spanish Government appreciated that some points of the law could invade state powers and decided to summon the Balearic Executive to a bilateral commission. That is the previous step established by the legislation before resorting to the Constitutional Court. If the State had done so, the law would have been automatically suspended for at least six months.

Apart from the vehicles, the Balearic rule also proposes a timetable for the closure of plants that burn fossil fuels – coal, oil and natural gas – to generate electricity. In addition, it establishes that in 2050 100% of the energy consumption of the islands is of renewable origin. In 2035 it must have reached 35%. In addition, objectives for reducing energy consumption of 26% in 2030 and 40% in 2050 are set.

The Vice President and Minister of Energy Transition of the Balearic Islands, Juan Pedro Yllanes, said Tuesday that with the agreement that has been closed with the central government "the text of the standard is maintained." That is, that the wording of the law does not change and only the veto calendar for combustion vehicles is suspended.

In statements to EL PAÍS. Yllanes has interpreted that by not modifying the wording of the law, "in principle that horizon of 2025 [for the veto to diesel registrations] could be authorized by the state law on climate change and energy transition." According to the Balearic Vice President, "the State intends to be enormously quick in taking out the climate change law; it cannot be otherwise in view of the climate emergency situation." And within the framework of this new state law, the "special regime" of the island territories will be recognized for its "special fragility" that will allow the Balearic Islands to begin to veto combustion engines from the next decade.

The employer Anfac has applauded on Tuesday the agreement reached between the two Administrations. And he has argued that "it must contribute to eliminate the uncertainty caused among consumers by this tax prohibition on the islands, which is negatively affecting sales."

VIDEO | The Minister of Health of Ceuta who snuck into the vaccination: "I didn’t want to, I don’t like vaccines"

Vicenta, a “formidable woman” from Lanzarote, dies of covid