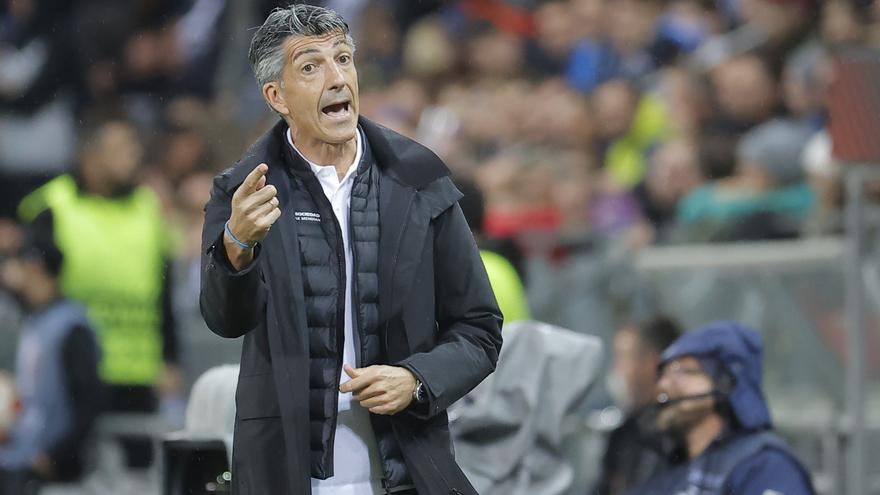 The coach of the Real society, Imanol Alguacil, looks forward to a cupbearer tournament that gave him a title this year, but also with respect for the modest Pulido-San Mateo Bakeries, match that he has prepared as he will next Saturday against Real Madrid.

"It is a Cup match, we do not care about the name of the rival and the category in which they play because it is a knockout match in which the Real plays and that is the most important thing," said Sheriff, who He pointed out that he has prepared this round "as if Real Madrid were in front of him."

"We have prepared the game the same. My players they will know perfectly those of the Pulido Bakeries, just as they are going to meet Real Madrid, "added the Guipuzcano coach, who added that" they will not surprise us because we prepare each game regardless of the name and the rival in front, always with respect. "

He has studied the Canarian team, aware that "you have to win and pass the tie and for that you have to get the best 11", even admitting that his rival "is not going through his best moment."

"It is difficult for them to score a goal but with Real in front of them they will do it with enthusiasm, they have great technical players and it is a very important game for them," said a Bailiff convinced that his players have turned the page to the defeats against Monaco and Espanyol .

"We are hurt by the two defeats, especially because we have not deserved neither one nor the other, but we are still the same ones that we had 16 games without losing and we show it against Espanyol," said Alguacil, referring to the state of mind of his squad.

Atlético formalizes the signing of Witsel

Kessié: "I can't wait to start working with Xavi"

Real Madrid opens post-Lassism with the renewal of Llull