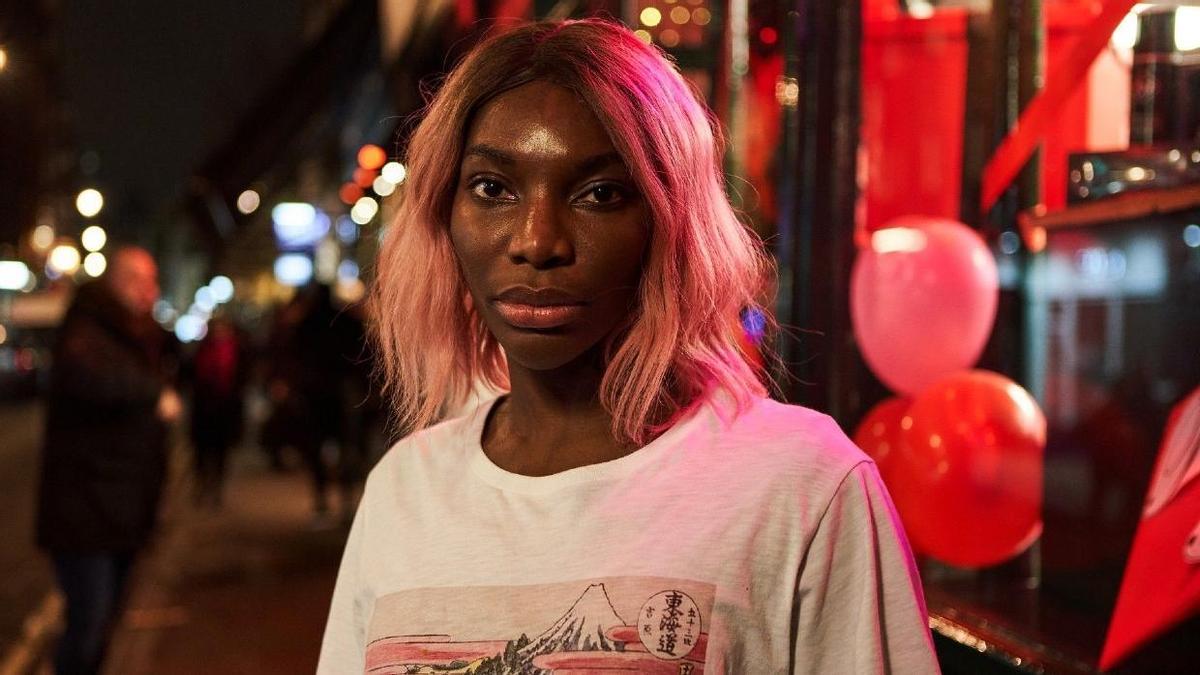 Michaela Coel, in 'I May Destroy You'.
File

The Bafta awards of British television lived their 67th edition this Sunday, with a blended gala in which the series'I May Destroy You '(' I could destroy you ') gave the surprise and most of the awards claimed the diversity from the UK's small screen.

Although the winner of the night really has a name and surname: Michaela Coel. The British woman with Ghanaian roots was recognized as best actress and managed to win the award for best miniseries for his work on the comedy-drama "I May Destroy You."

After having won the award for best drama script, best editing and best direction in the technical categories failed on May 24, his series snatched the award for 'Best Miniseries' from'Small Ax', which started as the favorite with a total of 15 nominations.

The anthology directed by Steve McQueen, which includes five films under his title, settled for the best supporting actor award, which went to Malachi Kirby for his role as activist Darcus Howe in 'Mangrove'. In the female category, the award went to Rakie Ayola for 'Anthony'.

Young Paul Mescal described himself as "incredibly nervous" as he collected the best actor award for his role in the famed 'Normal People', which he dedicated to Daisy Edgar-Jones, whom he defined as "the best partner and one of the best people I know."

"There is a rumor that says that men cannot be funny," they pronounced when presenting the award for best comedy actor, which went to another young man: Charlie Cooper, for his performance on 'This Country'.

The pizpireta Aimee de 'Sex education', Emmie Lou Wood, He showed off his spontaneity when he received the golden mask for best comedy actress, which he wanted to break into 'virtual pieces' to share it with the rest of the nominees.

The British public was present virtually by appearing as a joint video call at specific moments, and was able to choose the performance of 'Diversity'on Britain's Got Talent as the' Must-see Moment 'or' must-see 'moment of the year.

Diversity, precisely, has been the undisputed protagonist of this edition; since, by obligation, from this edition all the categories must represent the ethnic and sexual minorities of the country.

Something that was also highly reflected in the award winners, as many of them represented productions directed or starring groups considered minority, but that for one night took the majority of the awards.

Titles such as'Small Ax ', which deals with the racism suffered by the British black community between 1962 and 1989, reality shows on the same theme such as'The school that tried to end racism', or the one proclaimed as the best international series,'Welcome to Chechenya: The Gay Purge', which deals with homophobia in that region of Russia.

The singer and protagonist of the famous series'It's a Sin'On HIV in London in the 80s and 90s, Olly Alexander not only had the privilege of opening the gala with his interpretation of'Starstruck'abroad; but he was also one of the award recipients of the award for 'best comedy program' along with his series partner, Lydia West.

For her part, the leading actress of Schitt's Creek, Catherine O'Hara, starred in one of the most ironic moments of the night when she presented the award for 'best live event' in deferred video call, and from the United States.

The most emotional, on the other hand, was in charge of the musician Alexis Ffrench, who put a soundtrack with his'Bluebird'a piano to the' In Memoriam 'which recalled the deaths suffered by the British television sector between 2020 and the first half of 2021.

The attempts of the award-winners and presenter Richard Ayoade, who was in charge for the second consecutive year, to lift the ceremony with pearls of British humor fell on deaf ears That were overshadowed by some almost 'canned' laughter on the set of the BBC Television Center in London, soulless and practically empty.