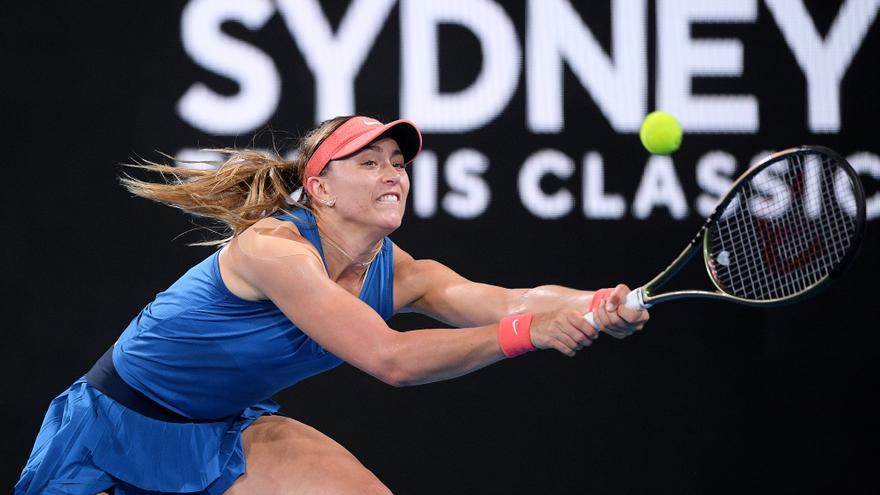 the spanish tennis player Paula Badosa has reached the final of the tournament in Sydney (Australia), in the WTA 500 category and preparatory for the Australian Open, after defeating the Russian Daria Kasatkina (6-2, 6-2) in the semifinals this Friday, and will seek her first title of 2022 against the Czech Barbora Krejcikova, number four of the world.

Again intractable and maintaining the initiative at all times, the Catalan needed only 74 minutes to get rid of the number 26 in the world, executioner of Garbiñe Muguruza and against whom she asserted her 29 winning shots and only 13 errors not forced to fight for the third wound of his career.

A) Yes, she went ahead 4-0 in the opening quarter, and not even the Russian player’s ‘counterabreak’ prevented her from closing the sleeve to the rest. With 5-0 in the second set, Badosa had a match ball that he couldn’t take advantage of; after a break from his rival, he put an end, again subtracting, to the contest in his second chance.

With this victory, the Spaniard, current number nine in the world, will debut next Monday her best position in the wta ranking, sixth or seventh depending on what happens in the final against Barbora Krejcikova, who came from behind and beat Estonian Anett Kontaveit in the other semifinal (0-6, 6-4, 7-6(12)).

Badosa has taken the two previous precedents against the Czech, both in 2021: en the first round of the Mutua Madrid Open (6-1, 7-5) and in the round of 16 at Indian Wells (6-1, 7-5), where the Catalan was finally proclaimed champion. Now, he will try to sign his third victory against the Central European to add another trophy to those achieved in the Californian tournament and in Belgrade (2021).