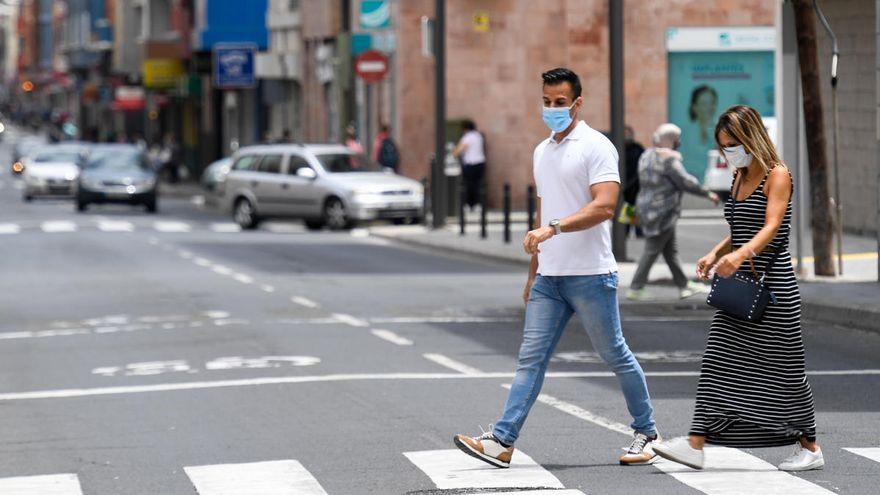 The Government spokesman, Julio Pérez, explained that despite the fact that the indicators for the whole of the autonomous community in the incidence of coronavirus and vaccination continue to have a positive evolution, this improvement is not enough in the case of the islands of Tenerife and Lanzarote, currently at level 2, so Health maintains the same traffic light in both. For their part, Gran Canaria, Fuerteventura, La Palma, El Hierro and La Gomera continue at level 1.

Pérez has stated that 30% of the target population already has a complete vaccination schedule in the Canary Islands and that almost a million people in the Archipelago have received at least one dose of the immunization. Therefore, the goal of having 70% of the population vaccinated in summer is maintained, according to the spokesperson.

Regarding the evolution of infections in Tenerife, Pérez explained that although it had been decreasing, since June 4 it has grown again. The Ministry of Health has presented an exhaustive report to the Governing Council, although it does not offer conclusive results that explain this progression. However, aspects such as the effectiveness in tracking cases in social and family outbreaks, and a greater dispersion of the population in Tenerife, compared to Gran Canaria, could explain these figures. Health has not proposed, however, new restrictive measures in Tenerife, including raising the current level 2. “What has been proposed is a better application of current measures” and “promote greater social commitment to these measures,” he explained Perez.

The spokesperson stressed that although the evolution of the data on the Tenerife island is not as expected, the opening measures in sectors such as nightlife will continue as planned. So in the islands at level 1, as in the case of Gran Canaria, at As of Monday, June 18, nightclubs, restaurants and businesses in the sector will be able to reopen, but without dancing and with 50% of its capacity.

The evolution of the pandemic in Tenerife

The Minister of Health, Blas Trujillo Oramas, has presented to the Governing Council the data from the report on the evolution of the pandemic on the island of Tenerife in which the numbers of infections are well above the rest of the islands, including Gran Canaria. This report has been prepared by the General Directorate of Public Health and gives some clues to the situation that is being experienced, the Health Administration has reported.

It should be remembered that, at the date of the data analysis, the island of Tenerife has had 25,775 accumulated cases, by area of ​​assignment of the case, since the beginning of the pandemic, which gives a cumulative incidence (AI) of 2,775 percent. thousand inhabitants; while Gran Canaria, following the same allocation classification, has had 22,989 with an AI of 2,687 per one hundred thousand inhabitants. The AIs are pairs on both islands since the beginning of the pandemic but they have not been homogeneous over time. However, at the moment Tenerife is at levels well above GC with a 7-day AI that is three times that of Gran Canaria.

The Ministry of Health insists citizens to call the lline 900 112 061 as soon as they have the slightest symptom compatible with COVID-19 (fever, cough, diarrhea, general malaise, etc.).

Another conclusion drawn from the report is that in Tenerife the cases are concentrated in younger ages, with a higher percentage of men (who tend to be less demanding of health systems) and present a more dispersed territorial distribution in environments that in turn tend to use these health resources less.

In figures, the report highlights that the group of under 45s is the one that drives the incidence of the total of the islands. The average 7-day AI rate over 45 years in the time analyzed in Tenerife was 73 cases per 100,000 inhabitants and in Gran Canaria it was 37.11 cases per 100,000 inhabitants, while in the population as a whole it was 58.8 and 30.28 respectively. This represents a difference between the population rates under 45 years of age and that of Tenerife as a whole is 14.7 points and 6.8 in Gran Canaria. It should also be noted that Tenerife has a population of less than 45 years higher by 45,000 people with respect to Gran Canaria and that also makes this group the most affected numerically.

With respect to outbreak study between both capital islands, the report ensures that there are no major differences. In relation to vaccination, it is found that “vaccination is done equally on both islands without significant changes.”

The study has included a section on the variants and it is concluded that “the analysis of the variants does not offer differences, except that variant B.1.1.7 (alpha or better known as British) is more frequent in Tenerife. On the other hand, Gran Canaria has more variants B.1.351 (beta or known as South African), P.1 (gamma) and B.1.617 (delta) known as Brazilian “.

Where the report has made some differences is in the traceability of the cases and in the identification of the close contacts of the positives. In this sense, the Ministry of Health insists that an adequate system for conducting tests, isolating cases and quarantine of contacts and monitoring their compliance, is essential to cut the epidemiological chains of transmission.

It is also highlighted in the report that in Tenerife a greater number of serious sanctions have been instituted from the regulations of preventive measures against the transmission of COVID-19 with a total of 179 while in Gran Canaria there are 77 open files in this regard . We recall that these are the files kept by the General Directorate of Public Health. The light sanctions are carried directly by the municipalities themselves.