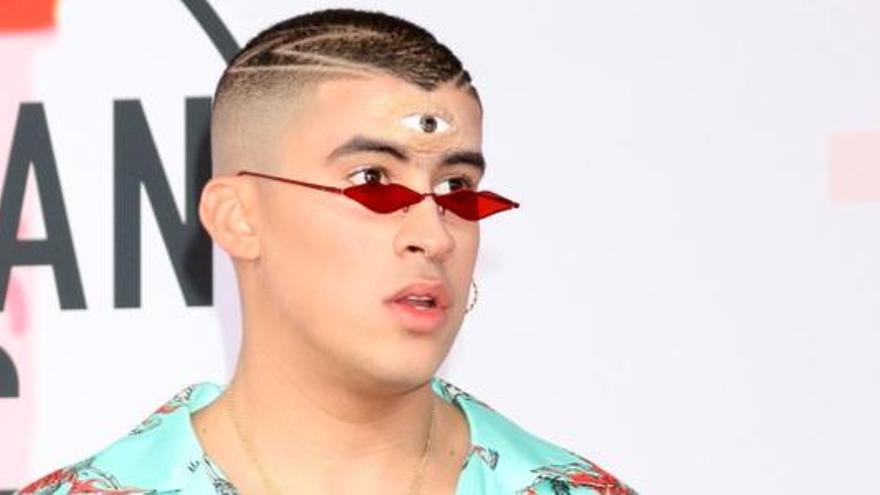 Bad bunny became this Thursday the king of Premio Lo Nuestro by rising with seven awards in a ceremony full of surprises, including a message from US Vice President Kamala Harris and the news of Natti Natasha’s pregnancy.

Bad Bunny was absent from the gala that was held at the American Airlines Arena in Miami and in which he was chosen as artist of the Year and he also won the categories of album of the year and urban album with his production “YHLQMEDLG”, among other awards.

Camilo and Grupo Firme tied with five Premio Lo Nuestro each, followed by Karol G, Lenin Ramírez and Romeo Santos with three each.

From the beginning, the gala, hosted by Yuri, Chiquinquirá Delgado and José Ron, was a string of emotional moments and surprises, with accents of urban dance.

Alejandra Guzmán, Yuri and Lila Downs started the numbers musicals with beautiful interpretations of the main hits of Armando Manzanero, accompanied by the American pianist Arthur Hanlon, in a heartfelt tribute to the recently disappeared master of the bolero.

Despite the rush, Premio Lo Nuestro also paid tribute to the career of another great who passed away this week, the king of salsa Johnny Pacheco, creator of the legendary Fania All Stars orchestra, where stars such as Celia Cruz, Héctor Lavoe made their careers. , Willie Colón and Rubén Blades, among others.

Another special moment was starred by the Montaner family almost entirely, as Mau and Ricky, Camilo, Eva Luna and Ricardo Montaner moved the audience during the first live performance of their hit “Amen”.

Between salsa, reggaeton and mariachi

“First I thank God for letting me project his light,” said the Colombian artist upon receiving the award for pop artist of the year, in addition to thanking his wife “for her patience” and “the tribe,” as he calls his fanatics.

Maluma, who won two awards, was in charge of starting the dance. The Colombian artist began with his songs “Agua de Jamaica” and “The bubble”, part of his latest album, “7 days in Jamaica”, from a circular platform that later became a place of honor for the small public. And then he took the main stage where he sang his smash hit “HAWAII”.

The Colombian artist appeared later in the evening with Carlos Rivera, with whom he sang his duet “100 Días” accompanied by a mariachi.

By winning the award for pop song of the year for “ADMV”, Maluma revealed that this song “changed the way he saw life”, for which he described the award as “unforgettable.”

The Mexican regional shone with Joss Favela and Jessi Urbie, who presented their collaboration “El Alumno”, while Grupo Firme and Lenín Ramírez interpreted “Ya no vuelvo ti”.

For their part, Daddy Yankee and Marc Anthony gave Premios Lo Nuestro a new touch of salsa when they performed their song “De vuel pa´la vuel”.

Among the most anticipated presentations were also that of Luis Fonsi, who premiered “Vacío”, a collaboration with Rauw Alejandro and which will be the first single from his next album.

Rauw was in the most criticized number of the gala, which was also the one that created the most expectations in the networks.

Although Selena Gómez had been announced as part of the artists at the ceremony, the public had to settle for a recording in which both interpreters came out singing their song “Dance with me.”

Rauw was also part of the tribute to his compatriot Wisin, winner of the Excellence Award for 2021. Other artists who sang with the reggaeton were Carlos Vives, Luny Tunes and Zion and Lennox.

After thanking God and his parents, Wisin dedicated the award to “Puerto Rico and all those who have supported this movement so that Latin music gets to where it is today.”

One of the big surprises was the recorded message from the vice president, who highlighted the role of Latin music in easing the hard moments experienced due to the pandemic of the covid-19 and stated that U.S “You need the spirit of resilience that frontline workers demonstrate every day,” many of them Hispanic. “We need that spirit of togetherness that keeps our communities together even in difficult times. Thank you all for being the change,” he added.

Natti Natasha left everyone with their mouths open when he appeared showing her pregnancy belly, when interpreting “Before the sun rises”, his success with Prince Royce. The artist revealed that she was six months pregnant “despite the fact that many doctors said she could never be a mother.”

The presentation of CNCO, who sang “Tan enamorados”, accompanied by their original interpreter Ricardo Montaner was one of the best received by the meager audience present, made up only of artists who respected the separation rules imposed to avoid contagion of covid-19 .

Chiquis, Kinki and Gloria Trevi made everyone dance cumbia, singing the hits of the Mexican group Los Ángeles Azules, which was recognized with the Musical Legacy Award.

Trevi also took a musical walk through her career to celebrate her Lifetime Achievement Award, which included through a medley of her greatest hits, including “Pelo Suelta” and “Cinco Minutos”, “Todos Me Miran”, to close accompanied by the Puerto Rican Ivy Queen with whom he sang “Grande” and “Gloria”.