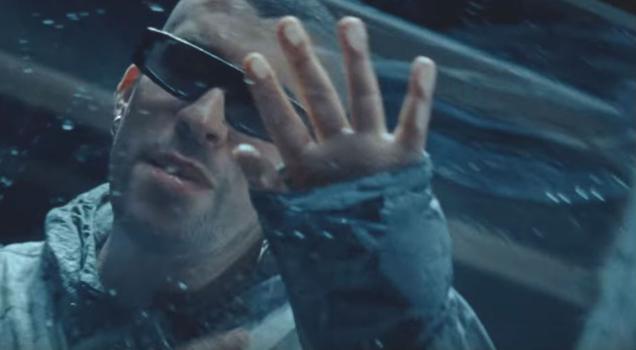 Coinciding with the Valentine’s Day, the Puerto Rican trap singer Bad bunny, has published a new single and video of the song last night Ignorant. The Panamanian Sech intervenes in it. The video on You Tube has, in less than 24 hours, 3,806,972 views.

For several days Bad Bunny had already been encouraging his followers to be attentive to new music. “Who is ready to dance and cry today at midnight?”, Said Thursday through their networks. It is not the first time the artist has released songs coinciding with Valentine’s Day If we were together or Amphora These are some examples, although these pieces are centered, among others, on heartbreak.

The song will be part of the second record production of the urban exponent, which will offer two concerts in his homeland on May 15 and 16 at the Hiram Bithorn stadium in San Juan.

With 14 mentions, Bad Bunny, like Ozuna, dominates the nominations of the twenty-second edition of the Billboard Latin Music Awards, announced by the Billboard organization and the Telemundo network.


The song will be part of his second record production

The song with the most nominations is Callaite, from Bad Bunny and Tainy; in addition to Calmlyby Yankee and Snow; Calm, by Pedro Capó and Farruko: and Another drink from Sech, Darell, Nicky Jam, Ozuna and Anuel AA. Along with Jennifer Lopez and Shakira, in addition to J. Balvin, Bad Bunny was one of the stars who recently performed at the halftime of the Super Bowl.

In addition, on January 27, Bad Bunny presented “6 Rings,” a song dedicated to Kobe Bryant as a tribute to the basketball legend who died last month in a helicopter crash in Los Angeles (USA).

“I still remember the first game of yours I witnessed, thousands of emotions, many times you stood me up. You taught me that everything in life is done with passion and that in order to win, you have to have a heart ”, the Puerto Rican sings in a part of the theme hosted today on Soundcloud Friday.