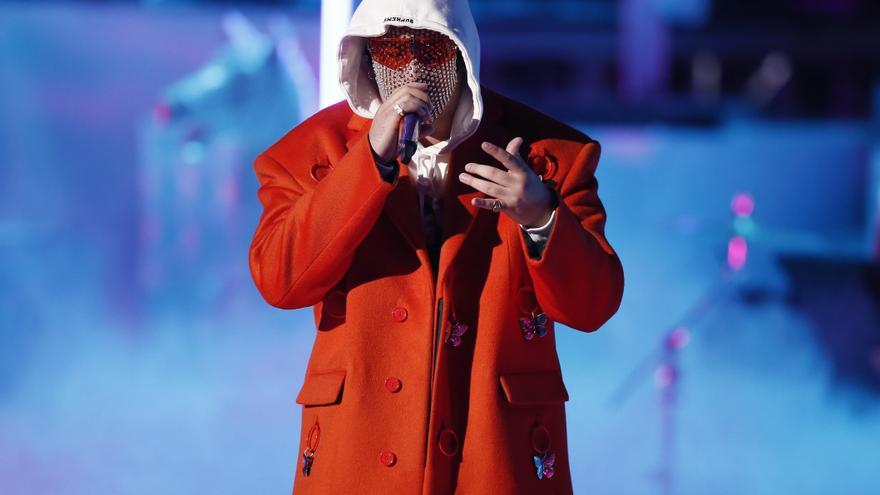 San Juan, Dec 12 (EFE) .- The Puerto Rican urban artist Bad Bunny promotes the music video for “Hoy cobré”, in which the rapper Snoop Dogg appears, and whose theme is included in his album “The last tour of the world” , the first album entirely in Spanish to top the Billboard 200 musical chart.

In the Stillz-directed music video, Bad Bunny appears on the roof of a moving truck on a deserted highway in the middle of a sandstorm, with dollars flying as the artist tries to keep his balance and stay on his feet.

Meanwhile, Snoop Dogg is the “boss” of a store in which he tries to solve the situation after an employee reprimands the Puerto Rican singer for smoking on the site.

Both artists are not strangers to each other, as they had already participated in an advertisement for a renowned Mexican beer.

The album “The last tour the world”, the third released by Bad Bunny in 2020, managed last Sunday to be the first album entirely in Spanish to top the Billboard 200 musical list in the 64-year history of the list.

The record of a position in the top positions of an album entirely in Spanish on the aforementioned list was held by Bad Bunny himself, who at the beginning of the year achieved second position on the list on March 14 with his album “YHLQMDLG”.

The Billboard 200 chart ranks the most popular albums of the week in the US.

On the other hand, Bad Bunny has been the most listened to artist on Spotify during 2020, with more than 8,000 million reproductions, almost half of them coming from “YHLQMDLG”, also the most listened album in the whole world through the platform.

The Puerto Rican thus closes a season of successes in which he received Latin Grammy and Grammy nominations, was on the cover of Rolling Stone magazine and performed in the Super Bowl with Shakira and Jennifer López.

Bad Bunny released his new album on November 26 in which, among others, he has the collaboration of the Spanish singer Rosalía, on the song “La noche de noche”.

The disc consists of 16 songs and includes another collaboration with the American singer-songwriter ABRA (“Sorry Papi”) and the song that he sings with the also Puerto Rican Jhay Cortez, “Dákiti”, and that both already published at the beginning of November becoming the song number one on the music charts worldwide.