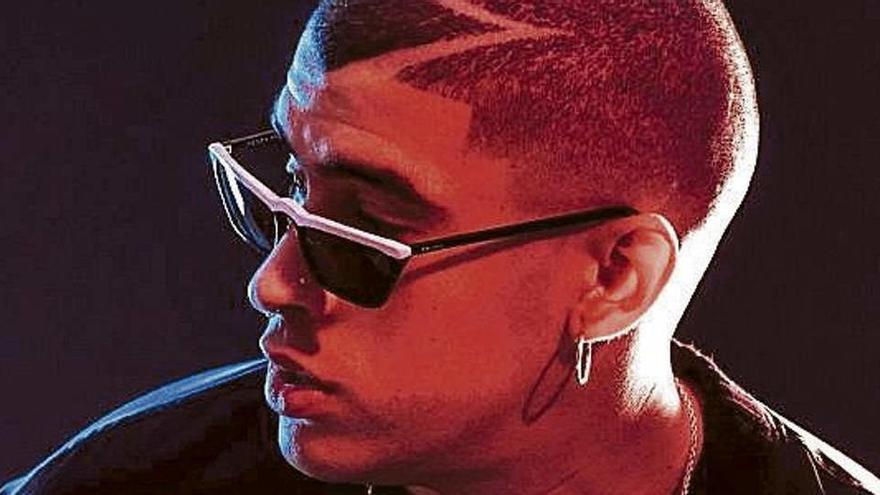 The Puerto Rican interpreter Bad bunny announced this Wednesday that will release a new album this Thursday, November 26 at midnight in which, among others, he will have a collaboration with the Spanish singer Rosalia, while playing with the possibility of retiring.

The album is titled “The Last Tour of the World” and consists of 16 songs, as the artist has spread through his social networks in which he announces in a video simulating a press conference, that he is retiring.

Among the songs is the one he performs with Rosalía, entitled “La Noche de Anoche”, it also includes another collaboration with the American singer-songwriter ABRA (“Sorry Papi”) and the song he sings with Jhay Cortez, “Dakiti”, and that both already published at the beginning of November becoming the number one song on the music charts worldwide.

“The World is Mine”, “You moved”, “Today I got paid”, “Damn Poverty”, “I wish you the best”, “I Dress like this”, “Making you love me”, “Booker T”, “La Droga”, “Trellas”, “120”, “Before It Ends” and “Songs of Christmas”, are the titles of the remaining songs that complete the new album according to an image posted on twitter by the artist.

In a one-minute video on Instagram, with 3,687,284 views, the interpreter simulates a press conference in which he announces that he is retiring from music, later he appears turning off a television where he hears the announcement and, finally, putting his new album, in vinyl format.

“I’ll be brief the reason I’m here is to announce my retirement from music “, he assures.

This is the third album so far this year by the artist who published the album at the beginning of the year YHLQMDLG (I Do What I Want) and in the middle of the pandemic shortly after, in May, he published the compilation “Those that were not going to come out.”

On November 23, the Puerto Rican artist announced that he had tested positive for the covid-19 reason why he could not participate in situ at the 2020 American Music Awards, where he was recognized as “Favorite Male Artist – Latino” and “Favorite Album – Latino” for his album “YHLQMDLG”.

After the announcement, in exclusive statements to the Puerto Rico daily “Primera Hora” he said that I was better from the disease although initially he experienced some characteristic symptoms of Covid-19.

“He was really scared. I was obviously very scared when I found out, but I feel good “, he expressed in the interview with the aforementioned medium.

“I have had no major symptoms. I had a little cough and there was a day that it did make me a little difficult to breathe and all that. I could not continue doing my exercises or anything like that, “the artist confessed thoughtfully.” But apart from that, I already feel much better, breathing well, everything well, waiting for what has to happen to happen, “he said.

He also said that he was sleeping and taking some vitamins in addition to “a lot of water, nothing to write home about”.

The option to be an actor

The possibility of his retirement from music coincides with his inclusion in the cast and as an executive producer of the movie “American Sole”, in whose group of producers stand out American comedian Kevin Hart and basketball player Chris Paul.

Some actors who will participate in this film are Pete Davidson, member of the cast of the television program “Saturday Night Live”; O’Shea Jackson Jr, eldest son of legendary American rapper Ice Cube; Camila Mendes, and rapper Offset.

Bad Bunny is also expected to stand out in his role as a guest star on the third season of the Netflix series “Narcos: Mexico.” in which he will play the character of Arturo “Kitty” Páez, a member of the Ramón Arellano Félix “Narco Juniors” gang.

The rag will be a rich young man from high society falling on a poster.

Yesterday, Tuesday, it was announced that the artist has two nominations for the Grammy awards.