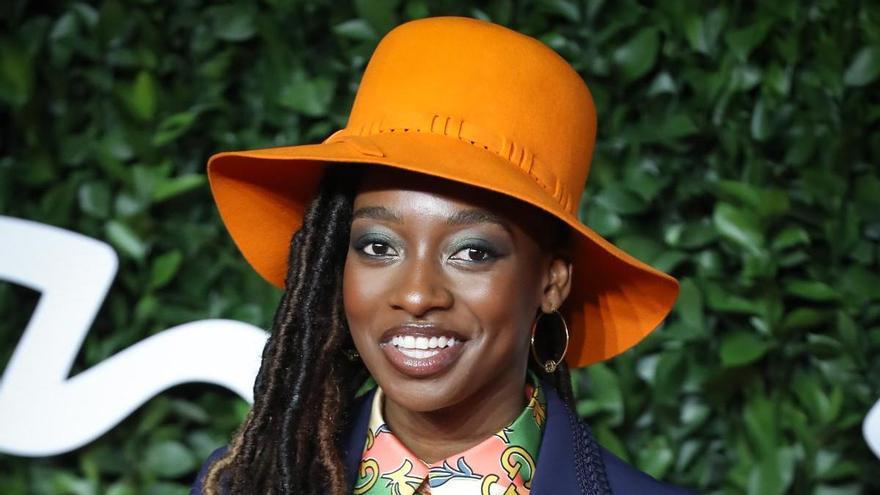 The topics When We Move, of a North American hip-hop icon of the caliber of Common, and Point And Kill, by young London rapper Little Simz, were uploaded to YouTube just a couple of weeks apart. In addition, they had in common sharing rhythmic patterns classics of Afrobeat, a sweeping style popularized by Nigerian multi-instrumentalist Fela Kuti and his faithful drummer Tony Allen.

It is impossible to understand hip-hop, as a genre and culture, without African American heritages. But aside from the obvious, new expressions associated with urban music seem to green these legacies. They are back-and-forth conversations in which migrants and their descendants participate, but which also star in the local scenes of a continent that adds its own flavors to the recipe.

The latest Little Simz album, Sometimes I Might Be Introvert, has crept into all the lists of the best of the year and has up to four of the important nominations for the Brit Awards. Among other reasons because the young rapper dazzles in all registers, from hiphop to R&B to soul and until the grime. Also because it reflects what it means to grow up in London without forgetting your Yoruba ancestry. Something that transpires especially in songs like Fear no man or the aforementioned Point And Kill, accompanied by another Nigerian artist, Obongjayar.

They are not the only ones enriching the already fertile British scene. Also born in Nigeria, the R&B singer Tems has been one of the few female voices present at the last Drake feature. This collaboration has been a media boost for the North American market for the recent If Orange Was A Place, vibrant EP that also contains a single as infectious as Crazy tings.

The case of Pa Salieu is also symptomatic, who surprised by mixing the acidity of a sub-style as English as grime with the rhythms afro in singles like Frontline. He has recently been touring his Afrikan Rebel Tour through his parents' home country, The Gambia. Another of the theoretical precursors of the Afrotrap sound is Naira Marley. This controversial MC, born in Lagos and raised in South London, has such renowned songs as Am IA Yahoo Boy or Soapy.

France is another institution when we talk about mixing different cultural influences, as demonstrated by its harsh trap scene. But due to the language, the success of artists as interesting as MHD, of Senegalese origins, is usually more local. An exception to this rule could be the singer Aya Nakamura, who migrated with her parents from Mali to the north of the neighboring country. His single Djadja it conquered the lists of half the world in 2018.

Spain is no exception. The lines that intersect between urban music and rhythms of African roots are very visible in the proposals of Afrojuice 195, a collective based in Madrid, or in two of the stars of the native underground, Dwell Y Beny Jr., both of Moroccan descent. And at the antipodes, literally speaking, a specular reflection of Little Simz may be Sampa The Great. The Zambian rapper has made her career in Australia with such magnificent records as The Return, edited two years ago.

Achieving international recognition working from Africa is possible and is demonstrated by Nigerian artists such as Mr Eazi, Burna Boy and WizKid. It usually happens, yes, after collaborating with global stars like Diplo, Drake or J Balvin, accused on numerous occasions of enriching their sound with original talent and then taming it for the general public. If later 'they return'to these cultures, as in the cases of EP Africa is the future, the mixtape Caribbean aromas More Life or the continuous collaborations, respectively, is another debate.

Trying to summarize African talent in areas as extensive as hip-hop and its innumerable ramifications is a daunting and therefore sterile task. Especially since pearls shine throughout the entire continent. Without leaving Nigeria one could talk about Falz, who became famous for his local version of the This is America by Childish Gambino. There are more interesting artists like MI Abaga or YCEE, the first rough and the second a little sweeter, but both have plenty of flow. Phyno could be somewhere between the two.

In Kenya, Khaligraph Jones, a true collector of awards in the sector, stands out. And South Africa is also another quarry of pure talent. Among the favorites by the public are singers with plenty of rhythmic ability and with very North American productions such as Cassper Nyovest, Kwesta, AKA or Nasty C. The case of Sho Madjozi is refreshing, a multifaceted artist who incorporates the tsonga culture into a colorful and danceable. Also that of the tough Nadia Nakai, a kind of local Megan Thee Stallion.

Ghana also has such revered figures as Sarkodie or M.Anifest, but there is one scene that has become an absolute protagonist in recent months. We are talking about the so-called Ghana Drill, a native response to the influence of drill, a subgenre of hiphop with lyrics as hard as trap and an equally aggressive aesthetic, but with production effects and dance steps of its own.

And it is that there, according to their own protagonists, the obligatory reference is Pop Smoke and the album that changed his entire album posthumous Shoot For The Stars Aim For The Moon. One of its leaders is Yaw Tog, one of the youngest of the pack, who became internationally famous for the remix of his extremely powerful Sore alongside Stormzy, a British grime star whose mother is Ghanaian, and local idol Kwesi Arthur. Between the original version and the remix, Sore It already has close to ten million views on YouTube alone.

Another of the great hits of Ghana Drill is Awake, from the also insultingly young Kweku Flick. And in the genre charts there is never a lack Ekorso, a song by Kofi Jamar that had the collaboration of Yaw Tog and Ypee. There are more notable artists such as O'Kenneth, Jay Bahd, Reggie or Kawabanga, among many others. But one of the interesting factors of the Ghana Drill it is that it is a movement that transcends music.

With the intention of "recovering the Kumasi pride" they rename their region as Kumerica and they adapt the name of their streets to North American equivalents. His motto "never get caught unfresh, stay drippin ' 24/7 ”suggests an updated version of the sapeurs, those famous Congolese dandies. And despite their aggressive aesthetics, they appeal to strong family ties as another great lifeline. Like many of their idols across the pond, they claim that succeeding in music has spared them an uncertain future. New aesthetics for a script so classic that it basically defines the history of hiphop.