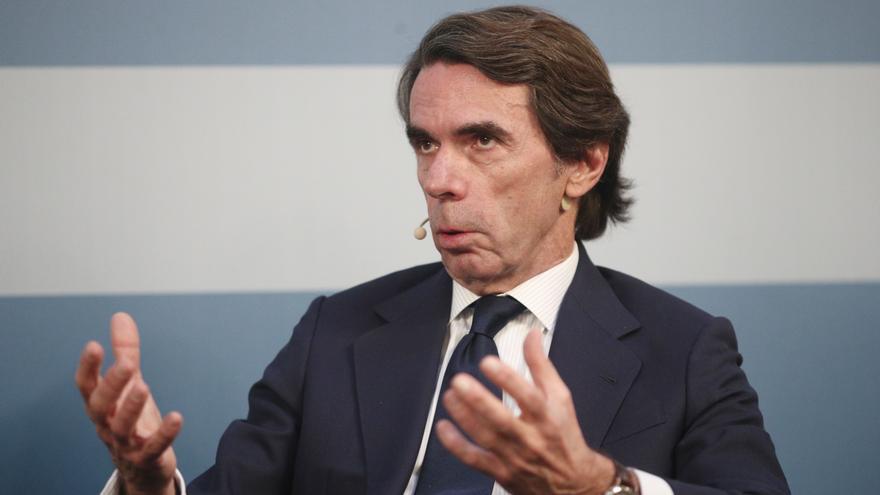 The former president of the Government José María Aznar took advantage of his participation in a conference of his FAES foundation on the future of the European Union on Monday to re-charge against the progressive Executive. The PSOE and United We can coalition is, in his opinion, a “dysfunctional and contradictory government formula without a commitment to national unity.”

The one headed by Pedro Sánchez is, for Aznar, a “dogmatic government that understands politics as simple propaganda as a populist instrument and power as an instrument of partisan advantage.” “The result is an eccentric policy in which very minority options and not at all compromised with the general interest of Spain obtain an absolutely disproportionate decision-making power,” he added, alluding to the support that Sánchez received at the inauguration and in various legislative reforms by nationalist formations.

“It is as unfortunate that the Government of Spain in its most difficult time relies on that eccentric grouping of parties and that it is also unfortunate that this state in which Spanish politics is found has come to be seen by some as a phenomenon of healthy renewal, “he continued.

The current president of FAES has also shown his “conviction that without a solvent government, without a strong project, without a government whose strength does not lie in the limitations of parliamentary arithmetic but in the solidity and credibility of a strong project”, Spain “He will have a place in the caboose for a long time and with bad consequences.”

“Those countries and nations in which domestic disputes prevail will be irreversibly losers,” he added.

Aznar has pointed out that “counting the economic weight” of the EU for the exit from the crisis generated by the coronavirus does not mean “delegating” to the European partners “the solution of the problems.” “It is up to us to resume a task of profound reforms of the productive or educational system. We must propose new areas of public-private collaboration and we have the urgent need to strengthen our institutions,” he concluded.