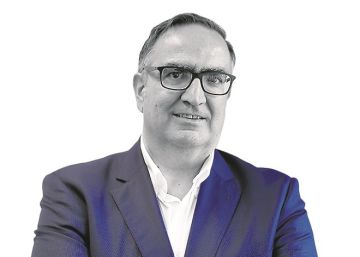 Ten days after the meeting between Isabel Díaz Ayuso and Pedro Sánchez, we know that the president of Madrid gave the president of the Government a document with 46 demands, condensed into four blocks: A) Madrid-Spain relationship. B) Guarantee of social rights -B.1 Social policies and B.2 Fiscal and financial policies-. C) Breaches of the State with Madrid, Invasion of Competences and Interferences in Government action. D) Avoid the judicialization of politics.

Actually, that is the content of the document that Carles Puigdemont, president of the Generalitat, delivered on April 20, 2016 to the President of the Government of Spain, Mariano Rajoy. The problem is not in constructing a fake, turning a paper by Puigdemont into one by Ayuso, but in what reflects the fact that such a text is totally plausible, in which Madrid is placed in the position of Catalonia.

But what similarities are there between that government of Puigdemont and that of Díaz Ayuso? Beyond the anecdote that both are journalists or the excess of asking for 155 also for Madrid. Basically they have three points in common: 1. The confrontation with the central government as a policy of reaffirmation before their party and electorate. 2. The use of taxation against the rest of Spain. 3. Supremacism with the other regions.

The Catalan independence process has caused rejection and fatigue in more than half of Catalonia and the rest of Spain, and this same feeling begins to emerge with Ayuso’s chulapo process. The open and welcoming city / region is on the way to becoming a prototype of lack of control and political cainism.

On September 14, Díaz Ayuso turned the debate on the state of the region into a cluster of claims and inconsistencies against the Government of Spain, with no room for self-criticism. By then Madrid already had the worst data in Spain and Western Europe in managing the pandemic. It was in that speech where he asserted that “treating Madrid like other communities is very unfair.” Remember Mas / Puigdemont / Torra?

In that same intervention, he complained about the lack of resources while promising a tax cut of half a point in all sections of personal income tax. Apart from the evidence that this benefits those who earn the most, since annual salaries of less than 14,000 euros are not taxed and do not discount anything, this type of advertisements delves into the conviction that the PP is turning Madrid into the Luxembourg of the EU, a kind of tax haven, which sucks the rest of Spain. This is where the second great similarity between Ayuso’s Madrid and the procés comes in. The independence movement coined with some success the slogan of “Spain steals us” and Ayuso’s marketing tries to install the idea that Moncloa / Sánchez mistreats Madrid. This strategy is raising blisters in the other regional presidents, including those of his own party, who after years of fiscal dumping are beginning to cry out against the advantages of being the capital, which are detrimental to other regions.

Madrid’s fiscal exhibitionism has caused Ximo Puig, president of the Valencian Community, a prosperous and historically conciliatory region between Madrid and Catalonia, to explode and go on the attack accusing Madrid of being “the vacuum cleaner” of resources from the rest of the regions . This statement is supported by the conclusions of a report that it commissioned from the Valencian Institute of Economic Research and which is entitled, Madrid: capital, knowledge economy and tax competition.

This report has the enormous value of putting concrete and unquestionable numbers to the obvious, that the capital city has a draining effect on the rest of Spain, just as community capitals have on the rest of the region. This, which happens to a large extent in all the capitals of the world, and is not yesterday, would not have been the subject of debate if the PP had not added the icing on a fiscal policy that tries to multiply the attractiveness of Madrid beyond what generates the fact of being the town of the political and business court.

For years Spanish provincial nationalism entertained itself with the idea that Madrid was emptying Catalonia of independence, when the reality is that the great losers are the two Castiles, Andalusia and Extremadura.

The magnetism that Madrid exerts turned this city into a rich and diverse space. In the metropolis of the Hispanic world, something that in other times it hardly shared with Miami and Barcelona, ​​two cities that have lost their appeal with Trumpism and independence, since both despise the Latin and the Spanish; both are reflections of white supremacism and Catalan, respectively. Well, Isabel Díaz Ayuso is about to generate, with her invective, chulapo supremacism, which would be zarzuela stuff, if it didn’t cost lives.

The Ayuso process and the Puigdemont / Torra process have two major differences that should stop this drift in its tracks. Ayuso has a boss, Pablo Casado, who is slow to stop him. He does not realize what his namesakes who rule Germany and the United Kingdom are doing, who are taking more drastic measures with infinitely better numbers than those in Madrid. In addition, the president owes her position to the support of Ciudadanos and Vox. Inés Arrimadas has, as Castilla y León does, the opportunity to lead the PP on the path of good. It’s health, stupid!

PS: Chulapo. The Oxford English-Spanish dictionary leaves us with this magnificent image: “The zarzuela has left us cool people who spoke and behaved in an affected way and with a mixture of grace and insolence”. Does it ring a bell?

Aurelio Medel He is a Doctor of Information Sciences. Professor at the Complutense University

The stock market falls 0.97% and falls at March prices when touching 6,400 points