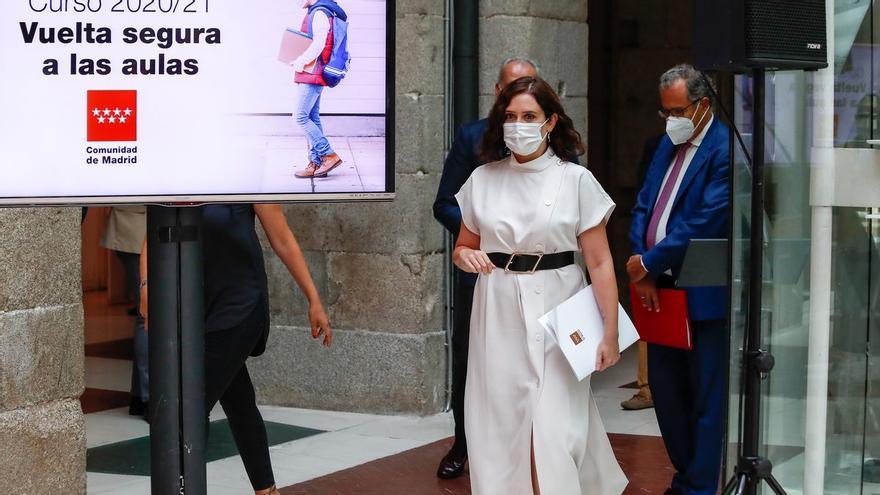 The Government of Madrid of Isabel Díaz Ayuso will not renew the contract of 1,300 reinforcement teachers that it hired to face the pandemic. It was confirmed this Tuesday by the Minister of Education, Enrique Ossorio, who reiterated that the contracts of these professionals to provide reinforcement were made “only for the first quarter of the school year”, in order to compensate for the “decline in education” of the students for the months of confinement.

The contract for 1,300 teachers expires on December 22. The unions CCOO, ANPE, CSIF and UGT have already put themselves at war since they consider “essential the extension of these contracts until the end of the course due to the fundamental role” of these teachers in the centers. According to the unions, these teachers are carrying out other functions such as replacing other teachers who remain in quarantine, among other functions.

“This teaching staff was destined to reinforce the content that had not been adequately taught in the last quarter of last year, due to confinement. However, due to the exhaustion of the internship lists in various specialties, these teachers have had to perform functions as substitutions, tutor or specialist tasks, in the case of Primary, and guards or other tasks in Secondary, “explained the unions of the sector board this Monday in a statement.

As they state, all these extra tasks “has made it difficult for them to fully dedicate themselves to addressing the deficiencies that they had to correct, a task that remains pending and in which they will have to continue working until the end of the course.” Social groups have requested a meeting with Ossorio but have not yet received a response.

The Minister of Education, however, explained in an informative breakfast this Tuesday organized by Europa Press that “one of the most important measures for the beginning of the course was reinforcement, since the students suffered losses in education” due to the confinement. For Ossorio, this role is already covered.

CCOO has called this afternoon a concentration, with the support of the UGT, in front of the Ministry of Education to protest against these dismissals that “will leave 20,000 Madrid students without backup teachers.”