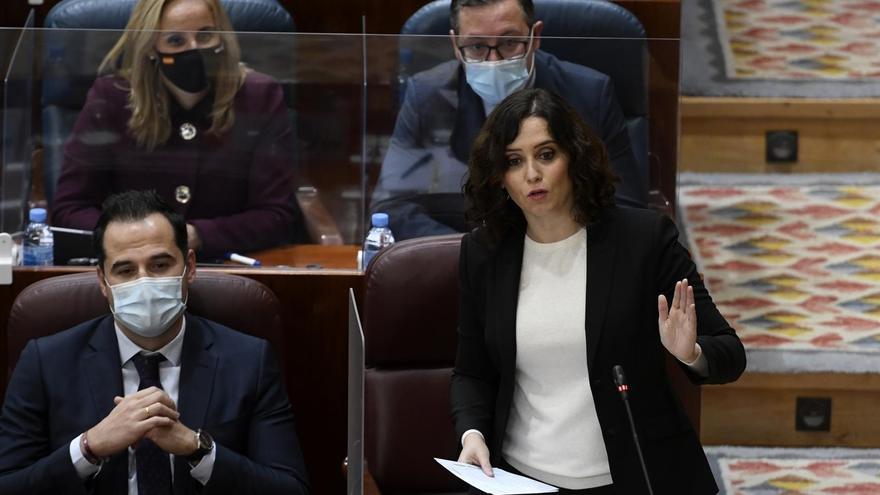 Isabel Díaz Ayuso has advanced this Thursday during the plenary session in the Madrid Assembly that the regional government will not prevent "citizens from entering or leaving" the autonomy to visit their families during Christmas nor will it close shops and hotels . This has been transferred in response to a question about the mobility restrictions raised by the Vox spokesperson, Rocío Monasterio, to which the Madrid president has promised that the measures to be announced this Friday will be similar to those implemented so far ( basic health zones, massive tests ...).

"We do not consider ruining businesses, or closing the hotel industry, or affecting the economy more and more," Ayuso insisted during the plenary session despite the upturn in cases that the Madrid president has recognized could be due to a "third wave."

"We will not be the ones who are going to prevent citizens from entering or leaving the Community of Madrid to see their relatives, to work, to ask questions with the doctor, etc., we are going to take these sensible measures," Ayuso defended versus those who ask for more restrictive measures. The PP leader has defended that they are now studying "how the pandemic evolves, to see if there is a third wave or if this is just echoes of the Constitution Bridge."

Ayuso has charged against the "broad criterion" in relation to the trips allowed during the Christmas season among which he has named "cohabiting, non-cohabiting, close friends and this mess in which they have gotten themselves alone." Ayuso has ensured that the autonomies will comply "with the perimeters they have established during the Christmas period but it must be the Executive who decides how to do it and with what documentation", in reference to the people who finally travel.

Ayuso has again complained about the lack of presidential conferences between the President of the Government, Pedro Sánchez, and the rest of the regional leaders and has complained that they have been "left alone in the face of the pandemic." "A historical pandemic, and that therefore affects all countries. Here in Spain we have to see each other between regions looking for life," he said despite the fact that afterwards he always confronts the decisions of the Government.

The trend has changed in the Community of Madrid and during the last week the coronavirus infection curve has risen again in the region. Also the admissions in hospitals that present an increase both in the plant and in the intensive care units. Faced with this upturn in cases, the regional president, Isabel Díaz Ayuso, advanced this Wednesday that on Friday the Ministry of Health will implement new measures after only two basic health zones and the curfew remain active today from 00 to 6 hours.

Tags: cases, Christmas, closing, discard, hostelry, I help, I weighed, Madrid, no, out, Relatives, to visit, upturn, will prevent