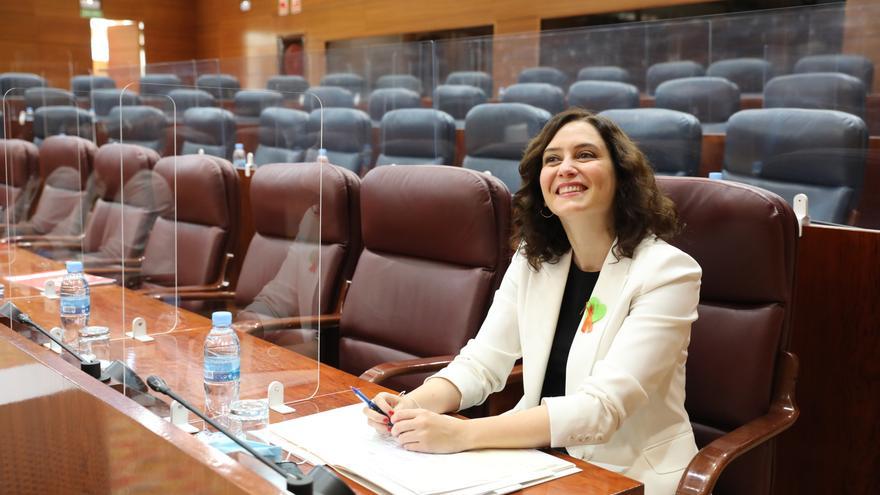 The ‘covid primer’ of the Community of Madrid, the project that President Isabel Díaz Ayuso proposed in July and that everyone thought had been left in a drawer, will be a reality in the coming days. In the virtual health card, sources from the Ministry of Health explain, the clinical history of each patient on CRP, serological tests and antigen tests will be included, has advanced The world and confirmed elDiario.es.

The General Directorate of Information Systems and Health Equipment of the Ministry of Health finalizes this project that will present “in a few days” and that will consist of a dump of diagnostic test data. Sources from the Ministry assure that “its usefulness is still being evaluated”, but they recognize that this system could allow more freedom to people who present antibodies to the measures against Covid-19. One of the options is that it can be used for example to travel without having to carry the diagnostic test on top. In this way, a person will be able to prove through their mobile that they have a negative result in a PCR if they need to travel.

It would also serve in the future to include the results of antigen tests carried out in pharmacies, if the regional government manages to implement its plan for these establishments to carry out these tests. The idea is that all the tests that are carried out both in pharmacies (a possibility that is still being processed), in health centers or in private laboratories is reflected in the medical history of the virtual health card and each person can make use of her. It will also serve, say sources from the Ministry, as a way of knowing more precisely the incidence of the virus in the region.

The first time that this primer was discussed was in July and it generated a lot of controversy. Díaz Ayuso presented an “experimental COVID-19 primer project” so that those who had passed the disease and had antibodies would have “the possibility of reflecting it in some way,” said the Madrid president. A model that, according to Ayuso raised four months ago, would allow “that people who do not infect can continue a normal life” and can “access establishments such as gyms, museums, cinemas or any closed area.

Ayuso compared it with the international vaccination card and did not rule out that it would be useful “in the future to know your immunity for jobs or whatever,” something for which he received a barrage of criticism, from experts, the Ministry of Health, opposition even consumer organizations like Facua. Scientific evidence also advised against its implementation.