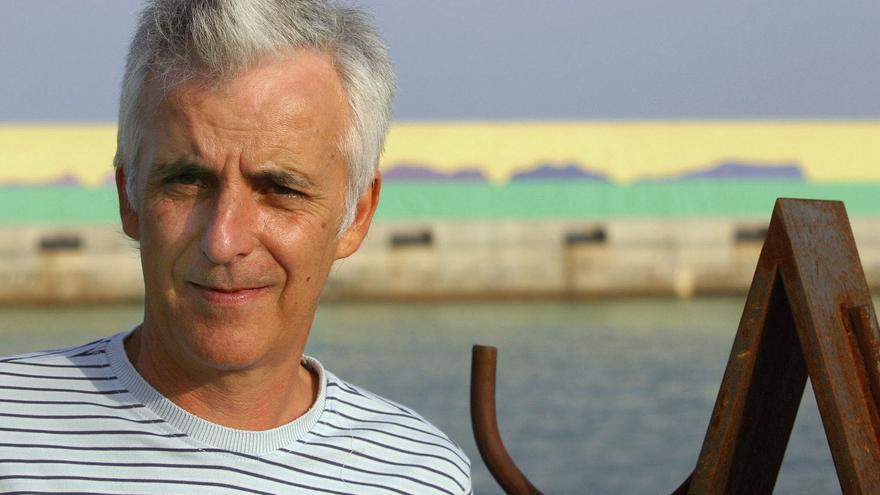 What kind of hunger does the album refer to?

To the hunger of need, of craving and of expression. Because the human being suffers from hunger in the world, but once you eat other needs enter you: affective, cultural, social … Eating does not remove hunger. Continue in another version.

Although here I have worked with a new producer, Javi Hartosopash, can we talk about a continuation of that micro-electronic path outlined in Broken Hat (2019)?

Totally. With ‘Broken Hat’ I did 22 songs and many had remained in the pipeline. When I saw how to develop them, the confinement came and then I did another three: ‘Hunger’, ‘Wood’ and ‘Weird days’. Then, Happiness was prior to all this. Javi Hartosopash is a phenomenon! He mixed C. Tangana’s tiny desk, in which I participated, and he worked on the song I did with him, and also with Kase.O. I realized that he had a lot of talent and I signed him for Betis.

His musical language has changed. Have you taken note of the domestic minimalism of trap and urban music?

Here we go, yeah. If you want to make music of and for today’s world, you will have to use the tools of today’s world. That domestic minimalism has allowed a lot of creation with little money. People like Javi or Santi Bronquio come out, pieces of sound engineers, and you ask yourself, where have they learned it? They understand sound in a different way and are related to machines in another way, with a solvency that I do not have. And they are self-taught!

In these songs there is a lot of rhythm, and with a tribal, primitive pulse.

Yes, yes, you get a lot of tribe things, fetishes and spells. I have been carried away by that. Inexplicable things that create a sound plot. Pacing is very important to me.

And there are canonical songs, like Happiness, which closes the album, where it says that “being poor is not a crime, it is a necessity.”

For you and I to be here, there must be many poor people in the world, starving. I can understand right-wing people, but at least they are sincere. Let them say: “I don’t give a damn if people are starving, it is something that cannot be solved, it comes from always …” But I don’t understand when they say to you: “No, no, we are in favor of equality.” Like when those of Vox tell you that they are in favor of women.

There is an association of ideas that is taking hold: the angry and repressive left, against the happy and free right.

Here the only unhappy person is Ayuso, who in two years will be despised by everyone, like a broken toy, because he is a person of no value, neither personal nor professional. In two years it will be in the dumpster. Trump had more values: he was a good businessman, or a good thief. But this one, not even that.

The social note, does it command more now in your songs?

It’s always been there, and I like to be a bit cryptic. I don’t want to make a pamphlet. I am saying how I see life. I try to be subtle, funny if it can be. The letter with blood enters? No, no, the letter must enter with joy.

Since the days when he was recording with multinationals, his position has changed. Do you feel like a trench artist?

Totally. And I can be because I already have a following. I do concerts and people come. But if I had tried to start now, from the resistance I would not have been able to have that audience. I made money with ‘Échate un cantecito’ (1992), I bought my house and in 2000 that was over. BMG fired me, and door. But I have an access to the public that allows me to continue living.

Do you think a lot about how you get the songs to people, now that the rules have changed?

There is no method. I know how to do it so that they come out of me, and I consider myself very social. The songs, who do I make them for? For you. My strategy is to try to be creative, offer new sounds, beautiful poetry, rhythm, something that excites you. I am no longer satisfied with songs: I look for sound, as a vehicle for transmitting an emotional state. An own craft. I like to reflect the robotization of the person and the humanization of the machine.

Has your musical language been revolutionized?

I do what I can. Small, achievable things. Revolutionize and make a record with totally new sounds, that would be like what Kanye West or James Blake did. Or Rosalía. And I mean Los Angeles, huh?

I like to defend Los Angeles, because it has an extraordinary value and with time it will grow. They insulted Raúl [Refree] vilely. In Andalusia, many people did not understand it. But I have an album that revolutionized music, ‘Veneno’ (1977), and then I no longer believe that it has revolutionized anything. I have made records that are rare, more or less innovative …

Perhaps ‘Hambre’ can be more easily assimilated by a twenty-something who does not know his work than by someone of middle age who grew up hearing ‘I miss’ and ‘Joselito’ on the radio.

Can be. At 70 years old, I don’t feel like singing ‘I miss’, just as Peret at that age no longer sang ‘A tear’. We have to change, do other things. I like joy, but without imposing it. The joy is shared by C. Tangana.

As you evolve towards new sounds, Tangana goes backwards, from trap to regulation genres like rumba or bossa nova.

There is some of that, but Tangana’s is a great album. He has taken some very interesting steps forward. As a guru of new music, trap and electronics, he puts a circumstantial barrier to reggaeton and takes the roots of our music, very rich, and makes an album that people listen to in its entirety. That has a lot of value.

Tags: dump, I help, will be, years