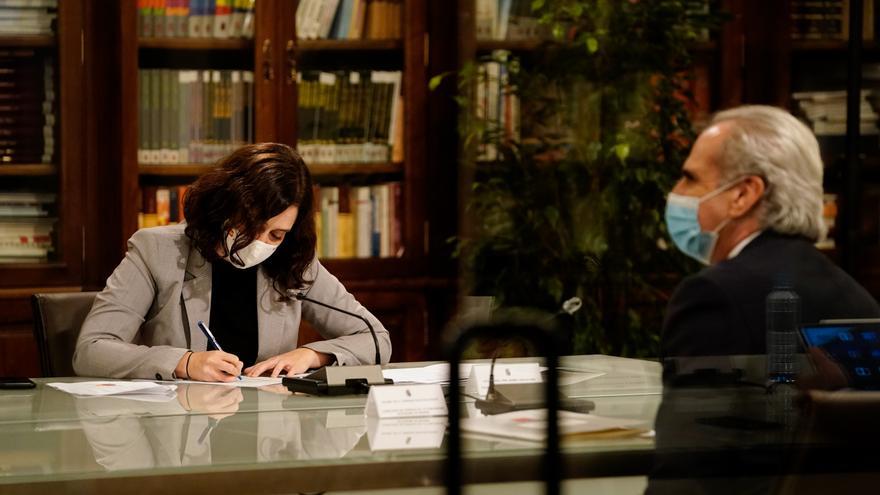 The president of the Community of Madrid, Isabel Díaz Ayuso, has ordered the closure of autonomy only on the days that correspond to the Puente de Todos los Santos (November 2) and La Almudena (November 9), without waiting for a response of the government.

“I am not satisfied with closing Madrid and doing it, since I do not have any health study that shows me that this is better, I want to do it as few days as possible because I defend surgical measures and adapted to each situation,” he transferred in an act of Education in the Royal Post Office, seat of the regional government. In this way he has announced that this morning he has decided to order the closure during the All Saints bridge, but only on essential days, and to do the same in this way on the next bridge.

Only a few hours earlier in an interview on Onda Cero, Ayuso had defended that if the Government did not authorize his request, he would leave autonomy open. However, it has finally announced that it will close. “Do you confirm to me then that if Pedro Sánchez prevents him from closing the bridge alone, Madrid will remain open?” Asked the journalist Carlos Herrera. To which Ayuso has replied: “if there are no more options, yes, it will have to be like that,” he had said only a couple of hours earlier.

Ayuso returned to address the Government after its decision to close only the bridges: “This has already been done by other autonomous communities and I hope that we will be heard so that we can take other intermediate measures and thus avoid massive displacements,” he declared.

The decree of the state of alarm leaves in the hands of the communities the imposition of the curfew (until November 9) or the restriction of mobility to other territories, which is known as perimeter closure, but establishes the deadlines for these measures . According to the decree, with regard to travel restrictions, decisions must be made “in view of the evolution of health, epidemiological, social, economic and mobility indicators” and never for less than a week. “The effectiveness of the measure may not be less than seven calendar days”, collects the text.