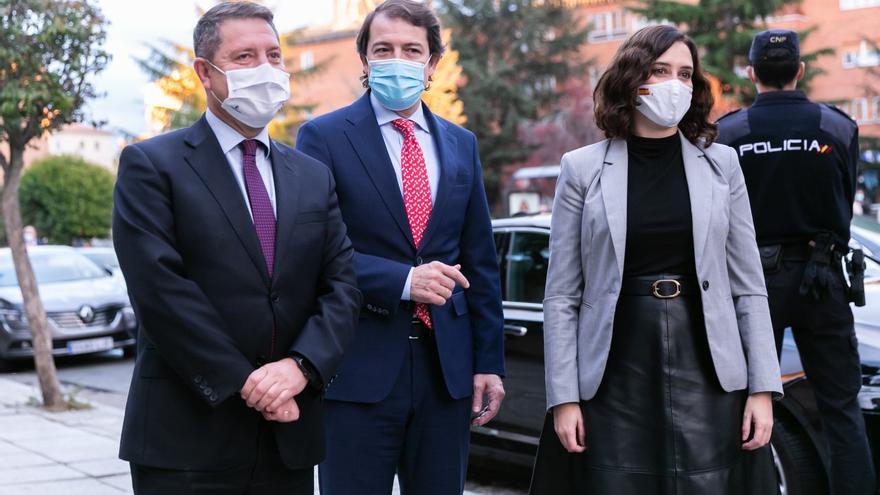 It seemed that the decision to close the communities of Madrid, Castilla y León and Castilla la Mancha would be made jointly but this has not been the case. The president of Madrid, Isabel Díaz Ayuso, has announced that she will ask the Government to limit the closure of its territory to the Todos los Santos bridge, while the regional presidents of the other regions have announced a perimeter confinement until the 9th.

Castilla y León closes its borders and limits mobility from Friday at 2:00 p.m. until the end of the state of alarm, on November 9. The regional president, Alfonso Fernández Mañueco, has assured that these are "drastic but proportionate" measures. "The virus does not understand borders, political colors or ideologies," stressed the regional president.

The autonomous community of Castilla-La Mancha is also confined. It has been announced by the president of Castilla-La Mancha, Emiliano García-Page, who has detailed that this perimeter closure will take place from October 30 to November 9. García-Page will sign the decree that establishes this perimeter closure and another series of restrictions tomorrow, Thursday. The closure has occurred after Pedro Sánchez declared this second state of alarm in Spain due to COVID-19 last Sunday but leaving the decision on possible confinements, curfews and new restrictions in the hands of the autonomous communities.

Ayuso had been reluctant on Tuesday to close autonomy due to the "damage" that such a measure could cause in the economy, but finally after the meeting with his counterparts in the Castiles he has opted for the closure of autonomy as requested by his partners in coalition, Citizens.