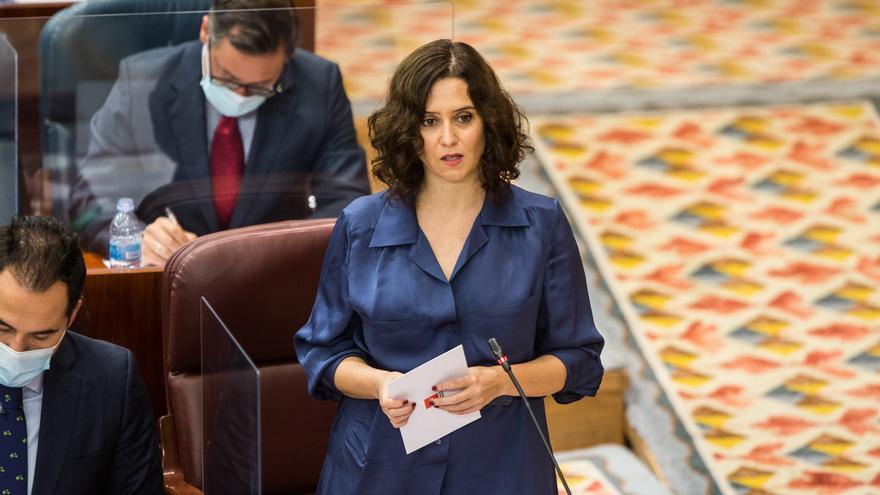 The president of the Community of Madrid, Isabel Díaz Ayuso, has asked the central government to agree on “sensible measures” during the night of this Thursday so that they are communicated to the public this Friday, after the Superior Court of Justice of Madrid has the closure of Madrid and nine other Madrid municipalities canceled. “We will give an account of our orders and everything agreed with the Government between today and tomorrow so that the order that comes out tomorrow is fulfilled and known by all citizens,” said the leader of the PP. The regional president, however, has recommended to the Madrilenians not to leave Madrid during the long weekend.

Ayuso has asked, however, to continue with his model of restricting mobility by basic areas: “We ask to continue with our measures, which were correct,” defended the Madrid president. The head of the Autonomous Executive has also announced that her Government will withdraw the precautionary measures requested from the National Court against the Health Order that has been annulled this Thursday by the TSJM “to avoid even more confusion for the citizens,” the leader of the PP.

The regional president has appeared in an institutional statement without questions from Puerta del Sol, seat of the regional government, to make an assessment of the ruling known this Thursday from the Superior Court of Justice of Madrid. After hearing the ruling, Ayuso had met with his crisis cabinet to decide what were the next steps to be taken by the regional government. Nobody from the regional government explains in what situation Madrid is now after the restrictions of the Ministry of Health have been canceled and the term of some restrictions on mobility imposed by the Community of Madrid in 45 basic health areas of the region had already expired because they had a duration of 14 days. There is no plan B.

“We ask to do things with the time and prudence to which it has forced us, creating a regulatory chaos in which nobody knows what to expect. We ask together and in a homogeneous way, as does the Superior Court of Justice of Madrid, a regulation simple, clear and that both administrations, all autonomous communities, can comply and enforce, “lamented the president of Madrid.

“We ask the people of Madrid not to leave Madrid”

During his appearance, Ayuso joined the words of the mayor of the capital, José Luis Martínez-Almeida, and has urged the citizens of Madrid not to leave Madrid and to follow the health recommendations. “We ask the people of Madrid again not to leave Madrid and follow all the health recommendations, especially in the coming days now that there is a bridge,” he assured. And he continued: “We will give an account of our orders and everything agreed with the Government between today and tomorrow so that the order that comes out tomorrow is fulfilled and known by all citizens.”

At a press conference after the Governing Board at Madrid City Council, the mayor of Madrid, José Luis Martínez-Almeida, explained that the court decision does not affect the limitations of meetings of people (a maximum of six) or the measures for shops and hotels, which reduce capacity, prohibit consumption at the bar and force the closure of bars and restaurants at 11 pm. As Almeida explained, these measures “were not subject to ratification” and that is why they remain in force. Therefore, restrictions on mobility remain in the air, although the controls to prevent the departure from Madrid have also been suspended, the councilor has confirmed.

The President of the Government, Pedro Sánchez, has not clarified what steps the Government intends to take after the Superior Court of Justice of Madrid has overturned the restrictions imposed in the region to stop the spread of the virus. At a press conference in Algeria, he limited himself to ensuring that “all the tools and instruments” available to bend the curve will be put on the table, as he has answered the question of whether they will appeal the ruling or if he plans to decree the status of alarm.