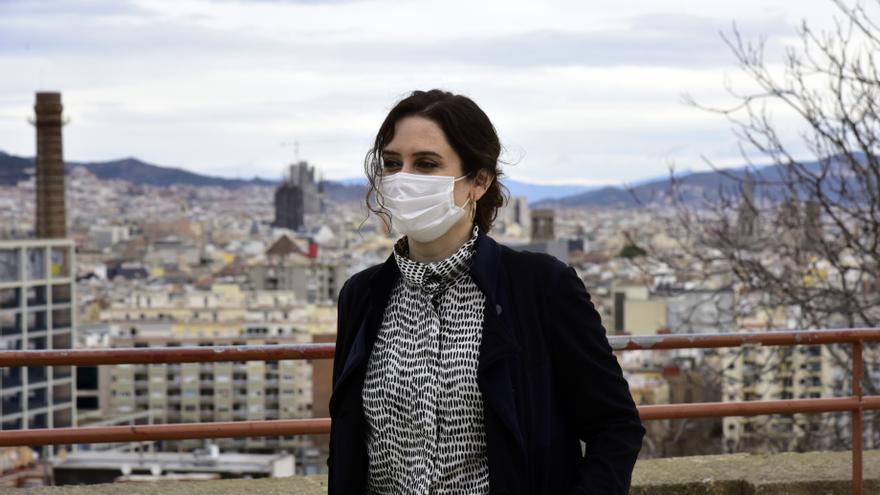 The president of the Community of Madrid, Isabel Díaz Ayuso, has transferred this Monday to the hospitality sector of the region that from Friday will expand to six people who can meet on the terraces of the restaurants –since last January 25 there can only be four-. The Madrid president has also advanced that the General Directorate of Public Health of the Ministry of Health will decree this Friday to make the use of the mask mandatory inside restaurants for a few weeks as a preventive measure against COVID-19.

From the Ministry of Health they clarify on this measure of making mandatory the use of the mask indoors in restaurants that is currently collected by the Order, but that the regional government is going to introduce a broader and more specific regulation so that it is “only can withdraw in the specific act of eating or drinking “.

Ayuso has assured that it is focused on trying to “compensate for the hours lost due to the early curfew” and that it will return to the closing time of 00 hours as soon as “the incidence data improves.”

“In Madrid we do everything in our power to keep our hospitality and culture open despite the political impulses that come to us from all the institutions,” Ayuso said, after his controversial words this weekend from Catalonia where he criticized I know that the hotel business closes “with that climate.”

Her words from Catalonia criticizing the Government’s measures were later answered by the President of Galicia, Alberto Núñez Feijóo, like her from the Popular Party: “Madrid has opted for a decision for which I would not feel responsible if I had to apply it in Galicia and, therefore, I have opted for another “, said Feijóo. The leader of the PP, Pablo Casado, has tried to remove iron and has said that both “act exactly the same.”

The president of the union of restaurateurs in the Plaza Mayor, José Antonio Aparicio, said later in the Sixth that the sector has transferred in the meeting with the Madrid president the need to vaccinate waiters and personnel in contact with the clients: “We have conveyed to Ayuso that the staff who are in contact with clients should be a preferential group in vaccinations,” said Aparicio, a proposal that sources from Puerta del Sol assure that Ayuso has transferred that “he will study.”

Along with the aid of 85 million announced today by the regional government for the hotel industry, the president has also advanced the implementation of a specific plan to help the central district of Madrid capital, “which has been particularly affected by the drastic fall of tourists, in an area that traditionally depends a lot on these clients. ” This plan will be worked on with the Ministries of Economy and Culture and Tourism.