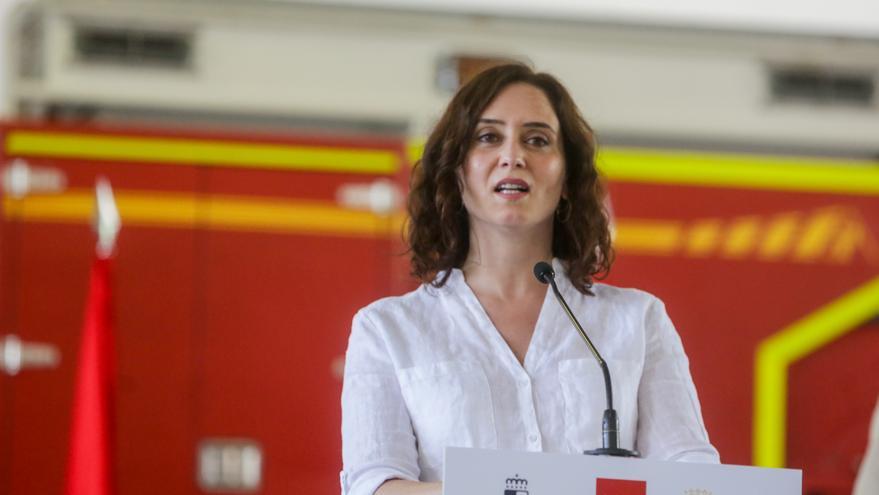 The tensions between the Community of Madrid and the central government in economic matters are writing new chapters this August. The management of the minimum vital income (IMV), the model of distribution between the communities of European funds and, above all, the suggestion of a specific tax to compensate for the effect of capital status have once again brought to the fore the tensions between both administrations .

The last crack opened on Thursday, when the Minister of Inclusion, Social Security and Migration, José Luis Escrivá, picked up after a meeting with the Valencian president Ximo Puig the glove of the proposal of a fiscal figure that compensates the rest of the autonomies for the known capital effect enjoyed by the Community of Madrid. “It is an idea that must continue to be explored and it has a long way to go”, assured the one who was president of the Independent Authority for Fiscal Responsibility.

The single sentence, not conclusive, unleashed the reaction of the Government of the Community of Madrid, which has found a new vein of confrontation with the central Executive. The umpteenth economic battle in a week in which tensions have returned to the headlines with accusations of “Madrid fiscal phobia”, in the words of the Minister of Justice of Isabel Díaz Ayuso, Enrique López. “At last we know that the Sánchez government wants to impose a tax on Madrilenians,” added the Minister of Economy and Finance, Javier Lasquetty, in an interview on ABC.

Beyond the regional councilors, the PP placed the statements in its trigger against Sánchez and stormed out, from Pablo Casado to José Luis Martínez-Almeida, against the “fiscal persecution” of the central government. Although Escrivá’s assertion was rectified on Friday by the Minister of Finance and Public Function, María Jesús Montero: “It is not on the government’s agenda and it will not be,” he said.

But the battle was already open again. “Sánchez intends to cover his failure by attacking the Autonomous Communities of the PP. Freedom and prosperity are not for sale,” the leader of the PP, Pablo Casado, tweeted, promising a tax cut if he arrives at the Moncloa Palace.

The week has left more darts from Escrivá towards the Madrid regional government. The minister questioned the management of the IMV by the Ayuso government. Specifically, he accused him of trying to “save” with these funds other aid to fight poverty in Madrid, such as dining room scholarships.

It all happened after a tough public exchange on Twitter between the Madrid Minister of Education, Enrique Ossorio, and the minister. The row began last week, when the Government of Madrid blamed the Ministry of Inclusion for the withdrawal of the lunch grant to vulnerable children during the summer. Ossorio assured that this situation had occurred because the central government did not send the list of beneficiaries of the IMV to the regional government, an end that Escrivá denied through the social network. The discussion grew in tone and form the following days.

The latest episodes confirm that taxation is a vein for the Community of Madrid to oppose the central government, with recurring announcements of tax cuts, while the Treasury has recognized the need for Spain to increase its income to get closer to the European average. Escrivá pointed out that the international trend, with agreements such as the one referring to the global minimum corporate tax, is to reduce tax competition and “it makes no sense that in Spain at the regional level we are going the opposite way.”

Escrivá has not been the only minister who has openly shown his discomfort with this fiscal policy. María Jesús Montero pointed out this week in an interview with EFE that “it is not valid that there are territories that legitimately choose to lower taxes and then ask the Government of Spain for money, that does not hold.” The head of the Treasury condemned that Madrid is a “fiscal island” which, due to its capital effect, “attracts more investment, a higher volume of income and a greater collection capacity to which other communities do not have access.”

Ayuso made the flag in the last regional elections on May 4, when he achieved a large majority in the Assembly, of his proposal to lower taxes. Specifically, one of his star promises was the reduction of half a point in the autonomous section of personal income tax for all taxpayers, whatever their income. The measure, which the Madrid Executive maintains, actually benefits those with more income. For example, a person who earns 24,000 euros would save 93 euros a year, while for those who earn more than 600,000 it would be almost 3,000 euros in savings. In addition, the Community vindicates its policy of reducing the collection of donation and inheritance taxes, despite the fact that organizations such as the IMF, the OECD or the US Government have advocated strengthening taxation on large fortunes, which are those that are seen benefited from these discounts.

Ayuso has been one of the standard bearers, along with the rest of the PP and Vox, of the speeches against the levels of taxation in Spain that have marked the debate in the last year. In just twelve months the number of Spaniards who consider that you pay a lot of taxes (from 40 to 46%), and even those who think that more taxes are paid than in other countries increase, despite the fact that statistics show that this is not the case.

Last week another economic issue already aroused tension between the central and regional governments. The Fiscal and Financial Policy Council, which brings together the Minister of Finance with the counselors of the branch, finally agreed on the model distribution of 13,486 million euros that appeared in the General State Budgets of this year for the autonomies. Those present agreed in a vote to be based on the population of the communities. Although several councilors, some from the PP, advocated that a party go to the underfunded autonomies, Madrid disassociated itself from the proposals on the table and defended a distribution based on GDP. In other words, the richest regions receive more.

Precisely, Ayuso has turned the model of distribution between communities of funds from Europe in the recovery plan in another avenue of opposition to the Government. Each new criticism is based on the argument that the central executive systematically mistreats Madrid. “Coincidentally, the criteria always harm Madrid,” said the Madrid president after the Conference of Presidents held last week. “They always harm Madrid, they leave us on the sidelines,” he said. The PP maintains that with the agreed criteria Sánchez gives favorable treatment to the socialist communities.

The Government, and especially the Ministry of Finance, has two pending tasks on the table that, in this context, it is already advancing that they will meet the opposition of the Community of Madrid. The first on the calendar will be to try to resume the reform of regional financing, a measure historically demanded by regions such as the Valencian Community, and whose negotiation it intends to open in November. As it is an organic law, the Government needs an agreement with the PP to achieve the reinforced majority that is required. This is how Montero assumed it in the aforementioned interview. “It will be necessary to see in the PP what is the priority position, that of Madrid or that of Andalusia, because I can assure that what is agreed by the Government of Spain will be defended by the PSOE, can the Popular Party do it when Madrid and Andalusia are saying radically different things? “, he wondered.

The other task is that of tax reform. This is one of the commitments that the Government has with Brussels in order to receive European recovery funds. The country has an income problem and must bring the tax burden closer to the European average, a task that seems complicated. To do this, it created a group of experts to outline the general lines that need to be addressed and is expected to present its conclusions early next year. The Community already sent its contributions to this debate last month with proposals to lower taxes and vindicate its fiscal model against what, they understand, will be a tax increase.