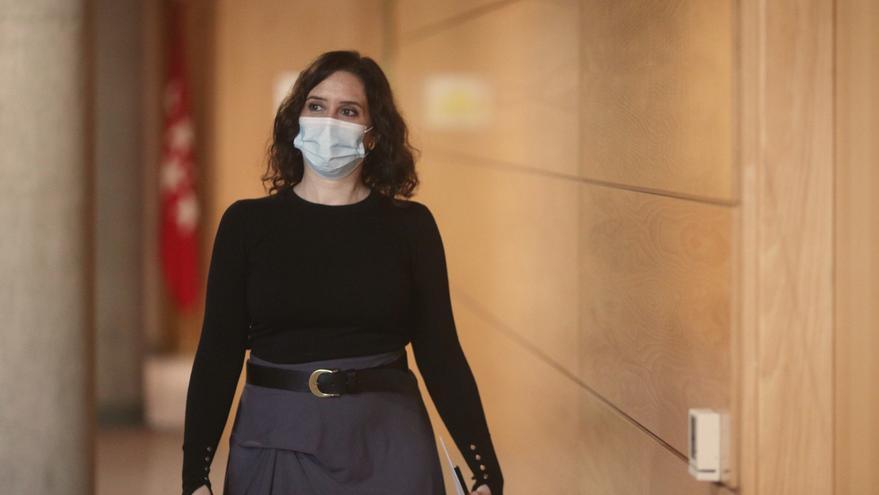 The Valdebebas pandemic hospital has focused parliamentary control on the president of the Community of Madrid, Isabel Díaz Ayuso, in the regional plenary session on Thursday. Criticism that the regional government intends to inaugurate it without making a single hiring of new health personnel has led Ayuso to accuse the opposition of wanting to “generate alarms and confusion” so that citizens “do not go to hospitals.”

“There is nothing that the leaders of the left like more than generating confusion alarms so that citizens do not go to hospitals, feel fear, feel chaos and see if they confine us and close everything to us, which is how you would like to manage all this, “the president replied to the PSOE spokesman, Ángel Gabilondo, who had asked about the hiring of health personnel.

The human resources plan for the Isabel Zendal hospital consists in the first place of asking for “volunteer” professionals to join this new hospital on a temporary basis. If that route does not prosper, it will be done “through the direct assignment of the staff hired during 2020 by the Covid-19, in the event that there are not enough volunteer professionals and all the necessary staff are not covered,” it reported the Ministry of Health this Wednesday.

Regarding the volunteer work put in place so that doctors and nurses choose to work in the new center, the Madrid president has asked herself: “Isn’t there going to be staff who want to work in a large hospital and have a new one?”

For Ayuso, the criticism that new staff will not be hired is a campaign to “discredit” the Isabel Zendal Hospital, “as they did with Ifema”, with the medical supplies that arrived from China or with “medicalized hotels “. “They have always tried to undo the story of the Community, of everything achieved so that the blame for everything that happened is not always the virus but this Government,” he lamented, while criticizing that it was not taken into account. count the “hits” you have had.

Regarding the volunteer work put in place so that doctors and nurses choose to work in the new center, Ayuso has asked himself: “Isn’t there going to be personnel who want to work in a large hospital and have a new one?”.

Ayuso confronts Mónica García: “The curve in the Community of Madrid is the reflection of the curve of his mouth, mustia”

Another clash over this same issue has occurred with the spokesperson for Más Madrid, Mónica García. “The curve in the Community of Madrid is the reflection of the curve of its mouth, withered”, said this Thursday Isabel Díaz Ayuso to the deputy in the regional plenary session, in which García asked for the first time in the ordinary control session . García has concluded his speech by asking Ayuso to “step aside” if he is unable to responsibly manage the pandemic.

The deputy of Más Madrid has regretted that a hospital will be inaugurated without new toilets that “pays tribute – she said – to the airport without planes” of Carlos Fabra. “A hospital that before opening it accumulates so many extra costs that epidemiological reports against it and that has claimed more lives than those it has saved,” García criticized about the death of two workers, one of them due to free fall during its construction on last October 1. The spokeswoman for Más Madrid has blurted out that what the president is looking for is a “television set.”

“I have a feeling that it is a very sad moment for many of you,” he responded to Ayuso, to García, whom he accused of “shooting infundies. And he continued:” The curve in the Community of Madrid is the reflection of his mouth , mustia. “” While we achieve these ends, you are getting bitter day by day, “the president told the deputy of Más Madrid.