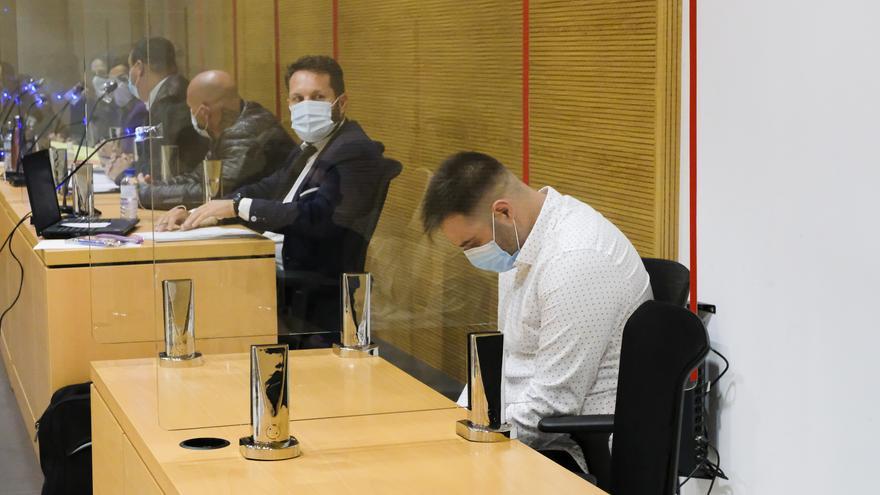 The scientific policemen of the National Police Force who went to the farm where Yurena López’s body lay They argued this Wednesday that the defendant could not wrap the victim’s body without the help of another person.

In the third session of the trial against Victor Ayoze Gil for strangling his girlfriend to death on the morning of March 31, 2017, the agents stressed that the packaging that covered the victim’s body was “perfect.” “I have never seen such a well-made wrap. It was very tight, the body was completely covered and the way the duct tape was applied was perfect.”explained one of the two scientific police officers who testified at the trial.

Yurena’s corpse had a first layer of film, on top of it a wrapper of blue bags and finally two ribbons; one jacket and the other in brown packaging. This, according to experts, was done so that the plastic would stick perfectly and avoid folds.

The instructor in the case also emphasized that when They opened the trunk and discovered the body, they noticed that this scene did not correspond to a boy who had killed his girlfriend after defending himself. because it attacked him with a knife. In addition, she added that the packaging could be carried out on the farm or in the garage of the house but “never in the room”, as stated by the perpetrator of the crime.

The trial continues this Thursday with the appearance of the forensic doctors of the case. The Public Prosecutor’s Office asks for 22 years in prison for Víctor Ayoze Gil for the crime of murder with the aggravating circumstances of kinship and gender, while the private and popular accusations require 25 years. For the alleged accomplice, the three request three years in prison for the crime of concealment.

The defense of the main accused is interested in a sentence of 15 years in prison for a crime of homicide with the mitigation of confession, while the lawyer for the alleged cover-up requires free acquittal.