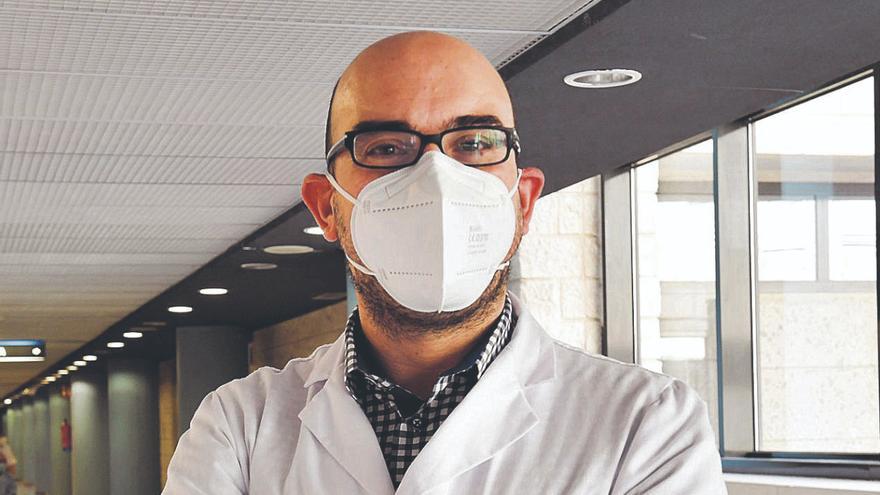 Does the brain work differently at Christmas?

The human brain is the most evolved of all known animal species, and it is responsible for the adaptation of the human being to the environment that surrounds it. This is so because neurons, which are the basic functional cells of the nervous system, are in continuous interaction forming neural networks that are capable of modifying in response to external stimuli that arrive and are processed in the brain. In other words, the human brain is plastic, and it changes depending on the different stimuli it receives. In addition, the stimuli are, on many occasions, linked to different emotions, generating more complex emotional responses. This is the basis of learning. Christmas is part of our cultural tradition and, as such, it has been processed and learned in our brain, which reacts differently at Christmas than at other times of the year. But it is not an innate mechanism, it is learned. In fact, Christmas does not have the same meaning for a person brought up in the Judeo-Christian tradition as it does in the Islamic tradition. And neither does a person who has suffered a negative event at Christmas react the same to Christmas, for whom, most likely, Christmas will be, after that event, a sad time. Thus, we see that, since traditionally in our culture Christmas is a holiday that is enjoyed as a family, it is a time in which the losses of relatives are experienced with special sadness: our brain learned to identify Christmas with a happy time accompanied for loved ones; If someone is missing, the brain identifies that we are missing something to be happy.

In what part of the brain is the Christmas spirit located and what biological mechanisms are involved?

Although brain areas have been described that have been related to the Christmas spirit, such as the sensory areas of the parietal lobe, the premotor and motor areas of the frontal lobe or the limbic system, it is interesting to note that, using a technique that allows evaluating brain metabolism -functional magnetic resonance imaging-, the activation of these areas was significantly greater in those people who traditionally celebrated Christmas than in those who did not. And these areas were not specific to Christmas, but were neural networks involved in the recognition of facial emotions, the activation of emotions, the complex integration of different stimuli or spiritual reactions. That is, for areas to be activated in response to Christmas-related stimuli, the response must first have been learned and, furthermore, these networks are not Christmas-specific, but participate in other emotional activities.

What determines hatred or love for Christmas?

The responses that are generated from the different stimuli that the human brain processes are learned depending on previous psychological and social factors, that is, on the prior experience of the person. These experiences can be clearly identified by the person or, on many occasions, they may not be clearly identified. Therefore, having previously identified Christmas with negative experiences can anticipate that response when the dates approach or generate a negative feeling associated with it.

What are mirror neurons and what role do they play in the Christmas spirit?

Mirror neurons are a specific type of neuron discovered in the late 20th century that fire in response to actions seen in other people. They are located mainly in the frontal lobes -where movement is processed- and parietal -where tactile stimuli received from the outside and facial expressions and emotions are integrated-, and are fundamental for social interactions, since they participate in the responses of imitation as well as other more complex functions and behaviors, such as empathy. Thus, it has been shown that the evocation of pleasant emotions and pleasant behaviors related to food and that are shared with loved ones activate mirror neurons.

Are there neural mechanisms that explain why Christmas is the time of greatest consumption?

Our culture has instilled in us Christmas as a time of happiness and illusion, which makes us respond positively to it in general, reinforcing our values, beliefs and belonging to a family unit with which we share love and affection. This predisposes us to a feeling of joy, well-being and euphoria. These emotions are associated with the release of large amounts of a brain neurotransmitter, dopamine. Activation of dopaminergic pathways is related to activation of brain reward circuits. These circuits are linked to the repetition of behaviors that make us happy and that are capable of 'bypassing' the rational control that measures the consequences of events. Thus, there is really a feedback: as we are happier, we consume more and this generates, in turn, greater reward. This also explains why advertising on these dates appeals so much to the emotional component, to activate this activation of circuits mediated by dopamine.

How do you explain the happiness of giving and being gifted?

The process of giving and being gifted is part of a more global situation of belonging to a group, of feeling loved and valued and of caring for someone. These stimuli are strongly activators of the release of dopamine and, therefore, of the activation of reward circuits. Therefore, when an expectation is generated, which is also related to the anticipatory release of dopamine, and this expectation is not met, there is a drop in that dopamine release, which generates the feeling of frustration.

How long does the pleasure of shopping last?

Buying does not generate pleasure in itself, but is linked to satisfying a feeling, self-satisfying something that one wants or satisfying that feeling of belonging and caring for someone, for example. It is really the satisfaction of that novelty that generates a release of dopamine and, therefore, activates the reward circuits. Once that satisfaction is covered, the release of dopamine is falling and attenuating, so that the pleasure is diminishing.

Studies in this regard say that only 7% of purchase decisions on these dates are rational. How can this irrational consumerism be avoided?

It is that the decision-making of the human being has a high influence of the emotions. In fact, in some works in which the participants were shown photos of objects that they might want to a greater or lesser extent, the activation of various areas was measured using brain imaging techniques and they were asked to indicate when they decided that They would buy them or not, it was shown that the activation of the brain amygdala, which is closely related to the integration of emotions, was prior to the conscious perception of wanting to purchase the item or not. That is, before there was a conscious perception of wanting to acquire the item, there was already an activation of the circuits most related to emotions. And furthermore, this activation was clearly related to the final decision. Therefore, when facing this process it is convenient, on the one hand, to decide before entering the consumerist dynamic, how much money do you want to spend at Christmas and, secondly, to have a clear list of what you need for yourself. himself and for others. Anticipating and planning is the best alternative.

What mechanisms or resources are usually used at a commercial or advertising level to stimulate purchases at this time?

Neuromarketing is a branch of neuroscience that is applied to the strategies used in advertising. In general, these strategies are designed to generate a feeling of well-being, euphoria and optimism in buyers, through different stimuli. Thus, pleasant smells are used, colorful scenes with many shades of red and gold, which are related to wealth and power, and emotional songs that try to awaken the most emotional side of consumers, trying to transport them to their childhood. In addition, resources are often used such as placing the best-selling products in a more visible way and in prominent places.

Why is Spain the country that spends the most at Christmas?

This is a question that goes more into the realm of sociology than that of individual neuroscience. However, it should be noted that Mediterranean social models have been classically characterized by solid and more supportive family relationships than continental, Anglo-Saxon or Nordic models. Thus, traditionally, in Spain, as a representative of this Mediterranean model, there is a marked importance of the family as a basic structural unit, establishing intense family ties. This causes that, in a time so linked to family ties as Christmas, this feeling is exalted. In addition, another aspect must be taken into account and that is that, classically, in Spain the Day of the Kings was celebrated as the date most associated with gifts, while since the end of the last century the tradition of Santa Claus was assimilated, without displacing the Day de Reyes, but added to him. Thus, a duplication of the 'justifications' for buying and giving gifts has been generated. The other source of Christmas expenses is associated with food expenses, which is also higher in Mediterranean countries, in which their gastronomic tradition joins with that Mediterranean social model with great importance of the family, which causes that During these festivals, various dinners and family meals are held in which many members of the family gather with products that are less consumed at other times of the year.

Why is it difficult to fulfill good New Year's resolutions?

It has already been mentioned how Christmas stimulates feelings of joy, euphoria and optimism, and how this is related to the release of dopamine and the activation of the brain's reward circuits. Among other things, this activation leads to a decreased ability of the brain to plan and make rational decisions. Generally, New Year's resolutions are designed in a situation of marked optimism, without clearly establishing realistic goals that, later, are more difficult to integrate into the daily routine.

What would be your recommendation to address these dates?

We are really in the second Christmas that has been greatly influenced by Covid-19. During these holidays, you should try to enjoy loved ones as much as possible, fostering union and affection, but always with caution and following the recommendations of the health authorities. It is important to avoid excesses, both in the purchase of gifts and in the meals and avoiding spending above the possibilities, so as not to mortgage the rest of the year on a holiday in which the most important thing is to share moments and experiences with loved ones .