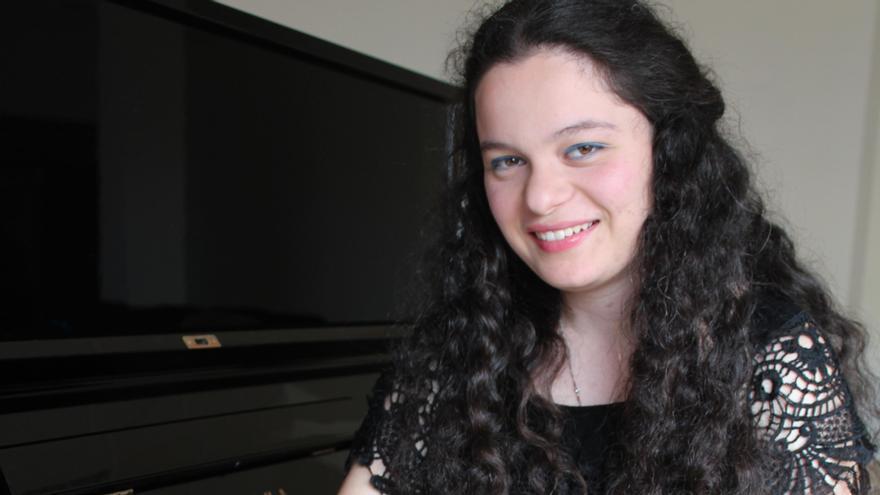 The 23-year-old Palmera singer Ayatimas Pérez offered on March 12, in the auditorium of the headquarters of the Nanino Díaz Cutillas Foundation, located in the old Bishop’s House of El Carrizal de Ingenio, the second of the acoustic concerts of the cycle ‘March, woman and tradition’, promoted by the Ministry of Culture of the Cabildo of Gran Canaria. The soloist advances that she will perform a varied repertoire made up of songs by singer-songwriters from the Canary Islands, the Peninsula and South America.

“How could it be otherwise, I have chosen songs by women like the Mexican Lila Downs, the Argentine Eladia Blázquez, the Spanish Rosa León or Ana Laan, or the Canarian Fabiola Socas, a soloist whom I admire a lot. I don’t forget some male singer-songwriters and groups like Pedro Guerra or Taburiente. The themes of the pieces revolve around women ”, explains Pérez.

Remember that the concert cycle ‘March, woman and tradition’ of the Nanino Díaz Cutillas Foundation is free and the capacity is limited to fifteen people. The cycle, promoted in collaboration with the Ingenio town hall and the company Grupo CRI Canarias, will take place at 7:00 p.m. at the aforementioned foundation (calle Padre Majón, s / n de El Carrizal) and tickets for the concerts are available on the platform entradium.com

Ayatimas Pérez belongs to a new generation of popular singers who, while drinking from the sources of the Canarian folk tradition, have thoroughly trained in the field of cultured music. First of all, he grew up in a family surrounded by music that instilled in him that love for tradition from an early age and decided to study at the Superior Conservatory of Music of the Canary Islands, as well as being part of the White Voices Choir of the Professional Conservatory of Music of Santa Cruz de Tenerife. At the age of five he entered the La Palma School of Music and at the age of seven he began his piano specialty until he turned 18. Last year 2020 he concluded his studies.

“Music is my life”

“It is a joy to see how in the Canary Islands, a whole generation of new singers and young players with restlessness and talent joins the established artists. I have met many of them, such as Claudia Álamo from El Herrera, Yomara Luis from La Palma tree, Iván Quintana from Gran Canaria, Besay Pérez from Tenerife, El Colorao’s daughters, Julia and Ayla Rodríguez. Likewise, I have shared the stage and I admire the work of the new generation of timplists, from Germán López to Altahay Páez, passing through Yone Rodríguez and Beselch Rodríguez. We have ties and we share concerns in the field of our culture, music and traditions ”, admits the soloist Palmera, who shares a musical hobby with her father and brother. “I have been singing for as long as I can remember. Music is my life ”, he adds.

Ayatimas Pérez highlights the role that the Nanino Díaz Cutillas Foundation for preserving the ethnographic legacy of the deceased journalist and popular folklorist. In 2016 he participated in that year’s edition of the Memorial that the Cabildo held in Agüimes with his father and brother and the daughters of the Majorero timplista Domingo Rodriguez, presenting the joint project entitled ‘Legado’, which linked tradition to close family ties. “She carries out important work to disseminate the folklore and popular traditions of the Canary Islands”, concludes the singer who, in the future, aspires to train and specialize in Musical Pedagogy and continue exploring the world of composition to carry out her own plays.

The aforementioned activity is included in the framework of the extensive ‘March-Woman’ program that promotes Ministry of Culture of the Cabildo Gran Canaria, and also contemplates holding four interviews that will be followed online through This Television Channel (www.estecanaltv.com), the website of the Ingenio city council (www.ingenio.es) and the foundation’s Facebook, made to women who carry out their professional activity in the field of community development, livestock, sports or literature. The one-hour online interviews will always take place at 7:00 p.m. on March 8 with the poet Clotilde Cruz, and with the former worker of a tomato packing plant in La Aldea, Dominga Suárez, on the 15th. on the 22nd to the Canarian wrestling athlete retired from the Agüimes team, Isabel Lozano and, on the 29th, to the rancher from Agaete, Macarena Rosario.

The next concerts in March will be starred by Beatriz Alonso (19th) and Luzmila Valerón (26th) from Gran Canaria.