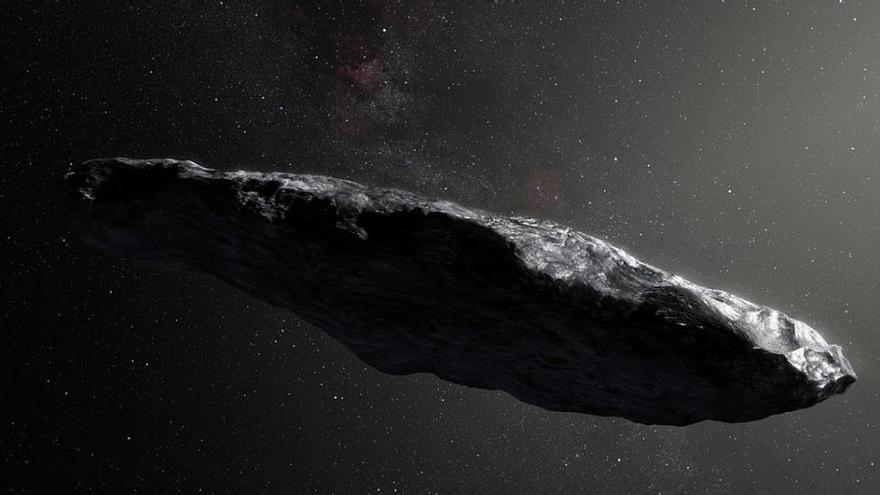 In October 2017, scientists from the Haleakala Observatory in Hawaii detected the entrance to the Solar system of an interstellar object. Oumuamua (“explorer” in Hawaiian) It took eleven days to cross our neighborhood, long enough for scientists to figure out that It was neither a comet nor an asteroid, but then what was it?

For Avi Loeb, Professor of Astrophysics at the University of Harvard, it is clear: “Oumuamua behaved like a solar sail powered by radiation from the Sun would and we know that nature does not create this type of object “, he explains to EFE in a telematic interview on the occasion of the publication of his book” Extraterrestres “, by Planeta publishing house.

Loeb is not a charlatan. It is director of the Institute for Theory and Computing at the Harvard-Smithsonian Center for Astrophysics, president of the Council on Physics and Astronomy of the National Academies and member of the Council of Advisors to the President on Science and Technology in Washington, among other positions, and defends “the simplest explanation”: Oumuamua is a technological vestige of an intelligent civilization.

The fundamental question is whether it is artificial or natural. When I go to the beach I often see natural stones and shells but also plastic bottles that are proof of a civilization. Following that analogy, we know that Oumuamua does not resemble any of the rocks that we have seen in the Solar System – although astronomers tried to look for similarities – but it was something we had not seen before, therefore it could well be artificial. Because of its geometry, -it is basically flat-, because of its strange luminosity, because it did not have a tail or emanated gases but, above all, because of its movement around the Sun: It behaved as a solar sail would and we know that nature does not create this type of objects

You propose that it is a vestige of intelligent life.

His way of moving was not what was expected. It did not follow a controlled movement with a defined trajectory like that generated by a motor, for example, but we did not expect it to be a functional object either … Just as we have launched the Voyager 1 and 2 or New Horizons probes, which will continue traveling thousands of years through space even if they are no longer operational, other civilizations could send things into space that will accumulate, even if they are not operational … like the plastic bottle on the beach, which no longer serves but had its purpose.

Perhaps Oumuamua had no definite purpose. Maybe it was part of a set for navigation, maybe it was a probe or a buoy, but I think it is more space junk. I think that just as we do archeology on Earth and find traces of extinct civilizations, the same can be done in space. We don’t need civilization to be alive to find evidence.

His proposal has been controversial. Why is the possibility of intelligent extraterrestrial life generating so much rejection?

Currently in science (astrobiology) the search for microbial life, for signatures related to the origin of life, is accepted. It is a legitimate search, but looking for signs of intelligent life is not on the agenda, and that is my complaint. Nobody looks for signs of intelligent life or there is funding for it and young people abandon that possibility because the intellectual climate is hostile.

But to analyze Oumuamua I have followed the same method as when I study other mysteries of the cosmos such as dark matter or black holes … I have looked for anomalies and I have come to a conclusion, and what I put on the table (the possibility that Oumuamua be artificial) is real.

I think many scientists see the human ego threatened in some way because my hypothesis raises the possibility that we may not be the smartest in the neighborhood. People prefer to think that we are unique, special. It started with Aristotle, who said we were not the center of the universe, and continues now when we say that extraordinary evidence is needed to recognize the possibility that we may not be alone and there is intelligent life in space.

I argue the opposite: if there are billions of planetary systems in the universe with habitable conditions, we should already be convinced that we are most likely not alone and be looking for evidence of advanced technology.

You also studied Philosophy. Does this training help to open the mind?

Now the trend is to study a very specific aspect of a subject and become a world expert, but the danger of specializing so much is that you can get to the bottom and not see other ways out. There could be something exciting around the corner and you wouldn’t see it. That attitude limits our vision, and if you don’t have an open mind, you can’t imagine a way out.

Einstein drew many of his ideas from his Theory of Relativity from philosophers like Mach, which allowed him to take a much broader view and explore new territory. I am convinced that my interest in philosophy has made me different from my colleagues. I have always asked myself the great questions of humanity and to make great discoveries, scientists need a broad vision.

Do you think we’ll ever have contact with intelligent extraterrestrial life?

Interstellar travel takes many years and is a great challenge for the human body and for technology. Most likely, in the end, only instruments will be able to make those trips. So the first evidence of intelligent extraterrestrial life will be to find its technology, which is why photographing the next Oumuamua is so important.

I always put the example of the cave man who only sees rocks and one day finds a mobile; logically you will think it is a shiny rock because it is the only thing you have ever seen. But for us, our current technology does allow us to imagine objects with a different origin than natural, and if we found it it would be magical. We could learn from it, import it to Earth, that could advance our knowledge by a million years.

And if another Oumuamua passes that shows that there is intelligent life, would it change the debate?

If we can get a photo that shows that it is artificial, that would change everything. I would assume that we are not the smartest in the cosmos. It would affect religion, our aspirations as human beings …. It would really be humanity’s greatest discovery.