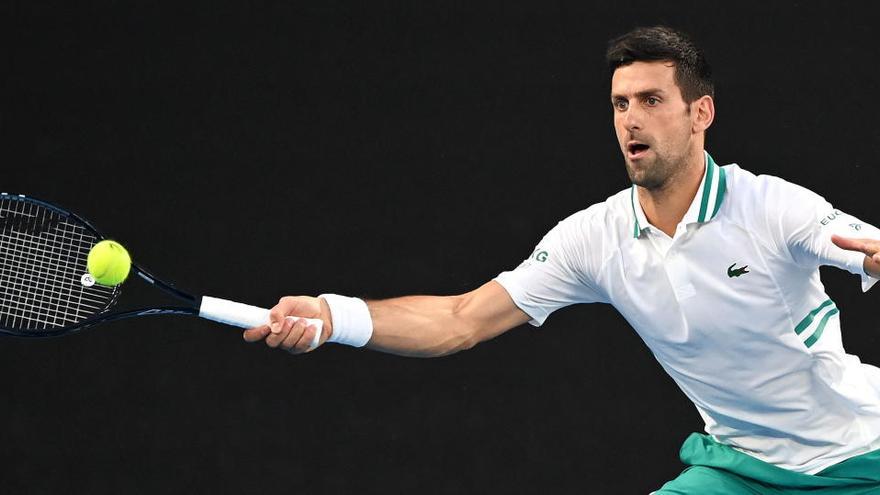 Russian Daniil Medvedev (4), who was considered by the Serbian himself as the rival to beat after accumulating a streak of twenty victories, will seek this Sunday (9.30 CET) to dethrone Novak Djokovic, king in Melbourne Park with eight titles, in the final of the Australian Open.

The first ‘major’ of the season has regained its shine at the best possible moment by presenting a final called to be epic that will feature the return of a lively audience that was able to return this Thursday after the end of confinement.

Djokovic will have the opportunity to reduce the distance with the twenty ‘slam’ titles of the Spanish Rafael Nadal and the Swiss Roger Federer, in the event that he lifts his eighteenth ‘major’ title.

The Serbian could also defend the title for the fifth time in his career and it would mark the 15th time a player in the Open Era has retained the title on the banks of the Yarra River.

He will also have in his sights the chance to sign a triple consecutive crown for the second time at Melbourne Park and would approach the Australian’s record Roy Emerson who managed to be champion five times in a row (1963-67).

The old order would remain intact with a victory for the Balkan, who would reaffirm the dominance of Nadal and Djokovic in the last two years by signing up nine of the last ten major competitions.

The Serbian warned of the dangerousness and potential of his rival and he tried to transfer some pressure to the young Russian wherever possible, given the string of successes in Australia.

“He is the man to beat right now after having accumulated a 10-0 against top-10 rivals. The last time we played in the ATP Finals in London he beat me comfortably, “Djokovic recalled.

For his part, Medvedev, who will play his second Grand Slam final this Sunday, predicted a “tough match” and said that He “loves to play against Djokovic.”

“Not counting the first years, we have always had tough battles. We will see which side the stands are on tomorrow,” he commented after his undeniable victory against the Greek. Stefanos Tsitsipas (5) in the semifinals.

The Serbian was right in stating that the Russian is the most fit player on the circuit at the moment after he closed with his victory over the Hellenic tennis player his twentieth consecutive victory, which made him touch the sky at the Paris Masters, the ATP Finals in London and on his way to the finals in Melbourne.

His victory in the final this Sunday It would be a long-awaited blow on the table by the new generation in the ATP ranking, which would mean the first time that a player other than Novak Djokovic, Rafael Nadal, Roger Federer or Andy Murray occupies the second world position, thus surpassing the Balearic , since 2005.

It would also boost the importance of his country, Russia, as the cradle of great talents in this sport since his triumph over Djokovic would have the third Russian player to lift a ‘major’ crown and he would join the select group made up of his compatriots Yevgeny Kafelnikov and Marat Safin.

Despite his unfavorable face-to-face with the Serbian (3-4), the Muscovite will use his recent win over him by a 6-3 double at the ATP Finals in London as role model to dethrone the eight-title champion in Melbourne and get his first Grand Slam crown.