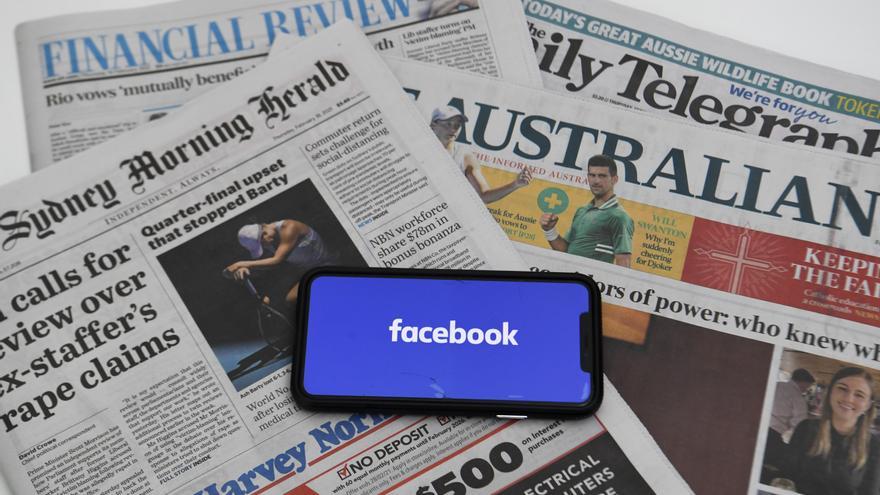 Sydney (Australia), Feb 18 (EFE) .- Facebook blocked the publication of news in Australia on Thursday amid the dispute between technology companies and the government of the oceanic country over the payment of content produced by the media.

The action taken without prior notice by the American multinational has been widely criticized by television channels, politicians and activists, in addition to interrupting the operation of some emergency services.

Josh Frydenberg, Minister of the Treasury and considered number two in the government, described the decision of the technology as “wrong”, “unnecessary” and “excessive”, in addition to assuring that it “damages its reputation” in Australia.

During a televised press conference, Frydenberg indicated that he had a “constructive” conversation today with the president and founder of Facebook, Mark Zuckerberg, who in turn “raised some questions” regarding the negotiation code promoted by the Government.

This regulation asks companies to reach an agreement with the media to remunerate them for the creation of news in accordance with the monetization of the links published on the platform.

The bill, approved last night by the House of Representatives and which will arrive next week to the Senate, estimates that in the event that companies and media do not reach a commercial agreement on the amount to be paid, the figure will be decided by a court who will act as an intermediary.

Facebook, which has previously shown its rejection, alleged in a statement early in the Australian morning that there are “fundamental disagreements” in the bill and decided to “restrict the ability of publishers and others in Australia to share. or read news content produced by Australian or international media. ”

In practice, this has meant that all news produced by Australian media will be banned on Facebook, and that also those produced by media outside Australia will not be visible to users in the country.

EMERGENCY SERVICES AFFECTED BY THE LOCKOUT

Facebook’s unexpected decision had an impact on several Australian emergency services that use the platform to report accidents or warn the public of the possibility of environmental disasters.

Several departments, such as the Western Australian Fire Service, the National Meteorological Office or the South Australian Department of Health, were temporarily blocked, although Facebook acted quickly to restore the profiles and later clarified that the official pages “did not they should “be affected.

“Facebook needs to think very carefully about what this means for its reputation and prestige (…) At this moment, when there are already doubts about the credibility of the information on Facebook, it is something that they obviously have to consider,” he told public channel ABC the Minister of Communication, Paul Fletcher.

The blockade, however, continues on Thursday afternoon in the profiles of the channel Nine News and News Corp, which dominate the publication of news, and the public entity ABC, a central source of information during emergency situations.

Elaine Pearson, Australian director of Human Rights Watch (HRW), expressed her “alarm” at this “dangerous turn” by Facebook to “censor the flow of information to Australians.”

“Cutting off access to vital information to an entire country in the dark of night is inconceivable,” denounces the HRW representative when calling for the “immediate lifting of restrictions” while recalling that Zuckerberg declared in the past that “he does not believe that it is right for a private company to censor the news. ”

Although Alphabet, Google’s parent company, threatened to stop operating in the country because of its opposition to the bill, it has opted for a more conciliatory strategy.

This Wednesday, Google and News Corp, a publisher of headlines such as The Times, The Sun, The Wall Street Journal and The New York Post, announced an agreement whereby the internet giant will pay to display its contents in the news section of the seeker.

It is a three-year agreement whereby Google will pay “significant amounts” to News Corp, owned by tycoon Rupert Murdoch, in exchange for being able to display the news produced by the various newspapers of his property in the prominent section of Google News, but the amounts were not detailed.

The News Corp headlines that will receive money from Google are The Wall Street Journal, Barron’s, MarketWatch and The New York Post in the US; The Times, The Sunday Times and The Sun in the UK; and various publications in Australia such as The Australian, Sky News, news.com.au and a multitude of Australian local media.

The search engine also recently reached another similar agreement with 121 publishing companies in France and in recent times has closed private contracts with publishers in Argentina, Brazil, Germany and the United Kingdom.