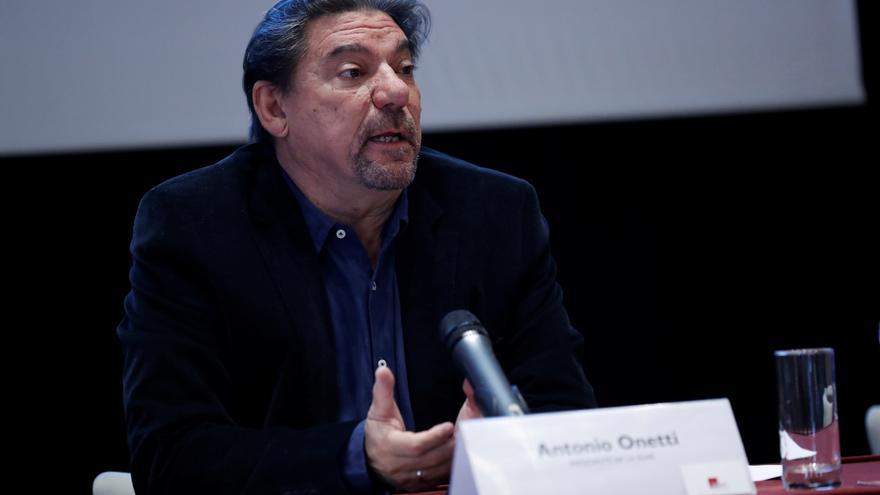 Madrid, Jun 24 (EFE) .- Audiovisual experts have criticized this Thursday the system of distribution of intellectual property rights currently carried out by large platforms such as Netflix or Amazon, because “they end up totally unlinking” the creators and producers of the works they acquire.

The Academy of Television and Audiovisual Sciences and Arts and the General Society of Authors and Editors (SGAE) have brought together five experts from the sector this afternoon to reflect on intellectual property in the new scenario of the audiovisual sector and its challenges in a global market.

Adriana Moscoso del Prado, general director of Cultural Industries, Intellectual Property and Cooperation of the Ministry of Culture and Sports, participated in the meeting, which was moderated by journalist and academic Olga Lambea, who highlighted “the great moment they are currently going through the creative and cultural industries of Spain “.

“We are an advantageous country. We have a lot of talent, a lot of creators, a language that allows us to access world markets, an ecosystem of cultural and creative companies with tradition and know-how, and we are a power that attracts foreign investment,” he said.

It has recognized, however, that there are situations that still need to be worked on in order to adapt to a market that is already global and in which the large platforms are imposing their status and in which it is necessary to work to achieve a framework of fair competition and in which all the actors see their work recognized in a fair way.

One of the most critical has been José Manuel Nevado, general director of the Association of Audiovisual Producers of Television of Spain (PATE), who has recognized that, although the audiovisual situation in Spain is growing, the business model has changed and “there is to be very attentive to avoid injustices “.

Injustices that, according to him, happen because “what interests the platforms is the ownership of the content and also change that model in which producers could maximize the exploitation of their products.”

“Currently they mark the maximum that you are going to earn almost from the first moment and then they no longer let you be a participant in the success (or failure) of the product. They set you a percentage and, from there, they exclude you from the subsequent future “, he stressed.

Marisa Castelo, president of the Instituto Autor, has insisted on the need to create a system that does not dissociate the producer and its creator from the work, in addition to establishing a reinforced remuneration system in which, in addition to what was agreed, there may be “some extra “in the event that the product is a great success.

“Also another system of binding moral rights. Any of the initial creators of a project is totally unrelated to it, without rights such as ‘remakes’, prequels, sequels, serial adaptation of a film, and also greater transparency to be able to have real access to income, viewings, etc. This would make everything easier and fairer “, he pointed out.

Miguel Langle, Director of Regulatory Affairs and Institutional Relations at Atremedia, has emphasized the need to establish “clear rules” to avoid competition problems and has claimed the importance of the production work of producer operators, such as Atresmedia, whose main spending is dedicated to your own content.

He has also praised the Plan to Promote the Audiovisual Sector “(HUB) as a” wise and ambitious “project in which the most important thing for him, beyond aid, is that the audiovisual sector has been identified” as a strategic sector , growing and going to more “.

The president of the SGAE, Antonio Onetti, also participated in the event, who emphasized that creators must be protected, “the soul and the reason for the existence of the industry” and has asked for “freedom to create, that the creator is not separated from the economic value of his work and establish proportional remuneration and transparency obligations “.