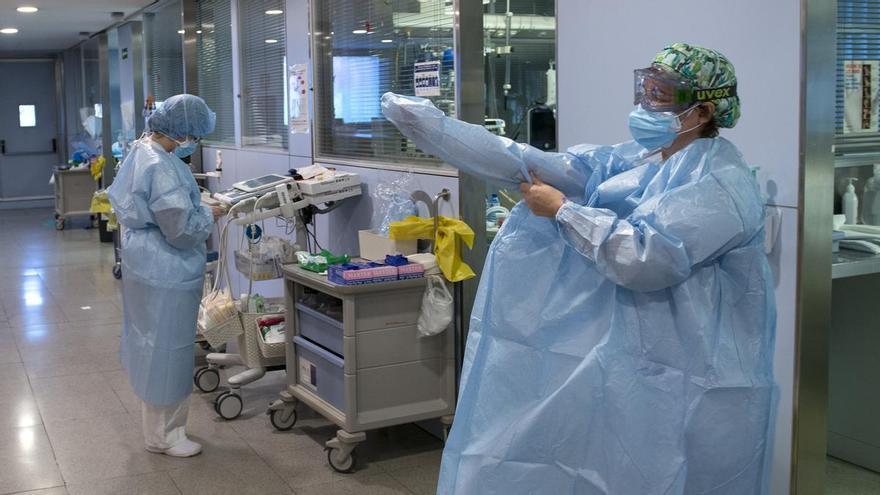 The attacks on sanitary in 2020 they have decreased by 33% Over the previous year; male between 35 and 65 years old of Spanish nationality is the profile of the aggressor, who is normally the companion of the patient, while 51% of the victim is a woman of the cases and also Spanish.

The Tuesdays and Thursdays are the days with the highest incidence of aggressions, in a time slot between 10 a.m. and 1 p.m., and preferably take place in hospitals.

These are data from the Activity Balance of the National Police to prevent aggression against health professionals in the exercise of their profession, corresponding to 2020, presented this Tuesday and which collects 197 complaints compared to 294 from a year earlier.

The 70% of them are verbal and 30% physical, usually of a mild nature, and Malaga and Seville were the provinces with the highest number of complaints (26 and 16, respectively).

In general, the territorial distribution is uniform and ranges from 16 attacks reported in the Valencian Community, 15 in Galicia, 10 in Castilla-La Mancha or 9 in Madrid.

In addition to the usual reasons for aggression, such as disagreement with the care received or the diagnosis and the time spent in the waiting room, last year others related to the coronavirus protocols in health centers have been added: the mandatory use of the mask and the prohibition to accompany the patient.

Commissioner Javier Galván, a national police interlocutor, said this at a press conference, who stressed that the data confirm the downward trend that has been registered since 2017, the year in which this figure was implemented.

59% of the attacks are against doctors, although in 2020 they have been 10% less than the previous year, and those directed at nurses have increased.

The commissioner has justified the decrease in the intensity of attacks on health workers both due to the pandemic, during which face-to-face consultations were reduced in favor of telephone calls and also surgical interventions, as well as the prevention activity carried out by the Police.

In addition, between March and June, the hardest months of the pandemic, 8,000 contacts were made between police interlocutors and the health sector, said Juan Carlos Castro, general commissioner of citizen security.

Some contacts that have been to advise on how to behave in the face of cyberattacks or react to hoaxes, even the protection of surgical and medical material, Commissioner Galván has specified.

The national interlocutor has insisted that one of the reasons for the decrease in attacks has been that the National Police “It has reinforced a permanent and generalized response.”

Proof of this, he pointed out, are the more than 5,000 preventive actions by radio patrol agents required during home consultations and more than 3,000 in primary and specialized care centers and hospitals.

Looking to the future, new training channels will be established through professional associations, training activities at the university level and online courses, explained Commissioner Galván, who has expressed the desire of the Police not to overload the professionals, who “are making a lot of effort”.

The following table shows the number of attacks reported last year by provinces and communities: