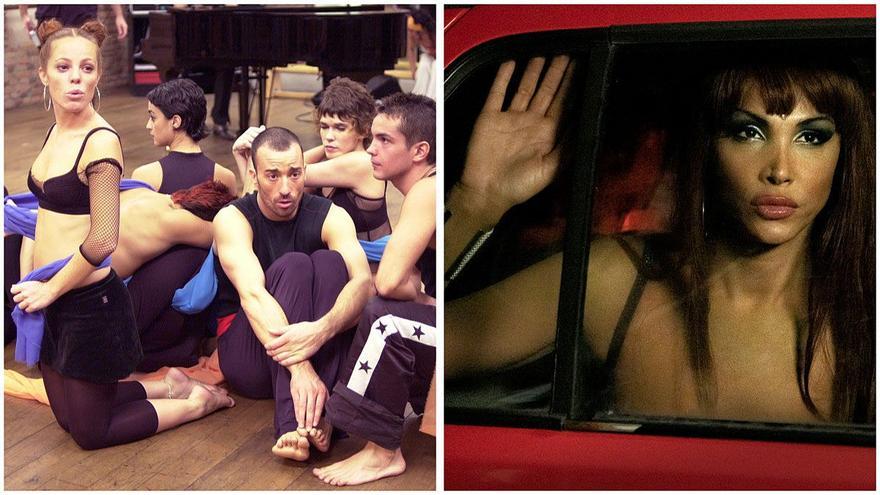 Atresplayer Premium is growing by leaps and bounds, which shows the battery of premieres of series and original programs in recent months, something that has allowed him to present tonight the news that he brings under his arm as the great international platforms do: at an event, the Atresplayer Premium Day, held in Madrid. In it it has become known, for example, that it prepares the return of 'A step forward' and the second season of 'Venom'. In addition to having planned renovations: that of the groundbreaking 'Cardo', which premiered in November to great critical and public success, and another, which has returned eight years later, at the request of its fans: 'The Protected'. It has also revealed castings of new announced series and productions about Camilo Sesto and Tino Casal.

The new season of 'Venom'was highly anticipated, due to what this series has meant for Spanish fiction from The Javis that tells the life of the LGTBIQ + icon Cristina The Poison. His legacy persists in 'Poison, dressed in blue'. Likewise, the return of our Hispanic 'Fame' was also highly anticipated by nostalgic people. Although now it will be titled 'UPA Next', since the Carmen Arranz Academy in which the characters they played danced Beatriz Luengo, Miguel Ángel Muñoz and Pablo Puyol will have a new generation. Although it will take up some of its most emblematic characters and that universe that so hooked young people at the beginning of the millennium.

In process of elaboration

Likewise, the platform prepares a series on the figure of Camilo Sesto. In 'Camilo Superstar' it is told how in the mid-70s a young music star paused in his meteoric career to produce and star in Spain in a musical he saw in London: 'Jesus Christ SuperStar'. And, in his clear commitment to self-produced documentaries, he will record 'Tino Casal', a portrait that updates the figure of a singer whose career was short-lived because he died young, but who broke molds.

Also in the process of development is the series 'Ana &', created by Álvaro Carmona ('People talking'), which tells the story of the assistant of one of the most famous artists on the planet, who, in order not to become invisible, must change her life, and 'The nights of Tefía', a story that takes place in the 50-60s, in the Francoist concentration camp there was in Fuerteventura, where the regime sent those condemned by the law of vagrants and thugs, and also homosexuals. In addition to Bitches', based on the first novel by the journalist Noemí Casquet, 'Bitches, bad and free', a series about free women, friendship, self-love and lots of sex.

Also in preparation is the first 'docuseries' of the platform on real crimes, 'Don't tell anyone' (previously called 'Kisses Patrick'), which narrates the murder in Pioz (Guadalajara), in 2016 of a Brazilian marriage and their children at the hands of a nephew, who shared the crime on WhatsApp. Likewise, it was recalled that the series of Arturo Valls 'Two years and one day' and it has been confirmed that The Javis and Ana Locking They will continue as a jury for the second part of the contest looking for the best 'drag queen' country: 'Drag Race Spain'. 'The gypsy bride' and 'The route'

In the event, also, some names of the cast of series already announced, such as fiction 'The gypsy bride', based on the homonymous novel by Carmen Mola, which will star Nerea Barros, which they will accompany Mona Martínez, Francesc Garrido and Ginés García Millán. And also of 'The route', set on the famous cod route of the 80s, which will feature as protagonists Àlex Mooner, Ricardo Gómez, Claudia Salas, Elisabet Casanovas Y Guillen slug.

And along with all these news, Atresplayer Premium has taken the opportunity to remember all the productions that are waiting for their imminent premiere: 'A Christmas with Samantha Hudson', an atypical Christmas special that will be released next Sunday 19, and the musical show 'Gran Hotel de las Reinas', on Sunday 26, in addition to the documentary Pajares & CIA'and the series 'The age of anger', both scheduled for early 2022.