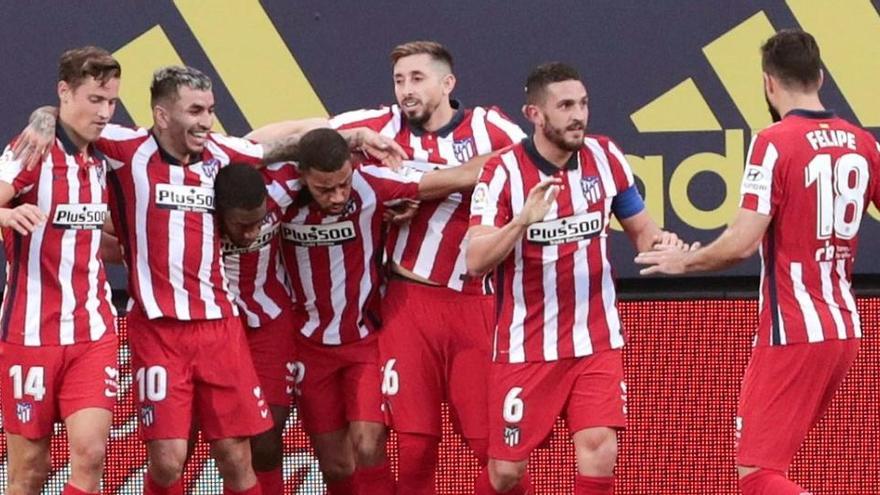 The Atlético de Madrid achieved a Meritorious 2-4 victory in Cádiz, with a double from the Uruguayan Luis Suarez and goals from Saúl Ñíguez and Koke Resurrection, to reinforce their leadership with the eighth victory in a row in the League and put the direct towards the title, with 50 points in 19 games, after a goal festival at Carranza.

Cádiz, willful and with a very complete game, did not make it easy for him, but Diego Pablo Simeone’s pupils, who now lead by ten points and one game less than their immediate pursuer, the Real Madrid, they overcame the casualties and, fully effective, they knew how to tie up a vital victory in an intense, vibrant and more disputed match than the final score dictates.

Cádiz, which adds its second consecutive loss, He stood up to the leader and fell with dignity, putting the colchoneros in trouble in some part of the second half. The home team warned in the first minute in an outside shot by Alberto Perea that Jan Oblak stopped in two halves.

Atlético de Madrid responded through the Uruguayan Luis Suárez, who stirred before the rival goal, blocking his attempt the Argentine Marcos Mauro, very fast to the crossing (m.13). Even so, Cádiz did not lose face to the game, intense in defense and with the strength to look for a goal from a set piece, as in a free kick that Honduran Choco Lozano headed out in the 24th minute.

It could seem that Cádiz was going to be affected by the goal, but the leader’s joy did not last long, since Álvaro Negredo was quick to steal the ball from Frenchman Thomas Lemar in the mattress area and take a left foot that surpassed Oblak (m.34) in what meant the tie.

Even so, Saúl scored the second athletic goal in the 44th minute when he finished off a pass from Lemar first inside the Cadiz area. In added time, in a Koke hand inside the visiting area, Gil Manzano signaled a penalty, although later overruled his decision after consulting with the VAR and see the action on the screen at the foot of the field.

As soon as the match resumed, a penalty by Marcos Mauro on Lemar for a push in the Cadiz area was scored by Luis Suárez in the leader’s third goal (min.49), although Cádiz did not give up and at the edge of the first hour of the game, Fali Giménez shot from a distance on a climb up the right wing and the ball, in parable, crashed into the crossbar.

Atlético also replied, since Suárez was able to score the fourth on a quick play, with a shot outside the Uruguayan (m.61).

Álvaro Cervera tried to change the sign of the match by entering the Serbian Ivan Saponjic, who made his debut with Cádiz precisely before the team from which he has come on loan in the winter market.

In a duel between rams, Negredo did not want to be less than Suárez and he scored the second goal for Cádiz by taking advantage of a hanging ball that Atlético did not defend well (m.71).

He had started ahead and Negredo put Oblak to the test with a header from the penalty spot (m.74), while in another Saponjic header, at point-blank range, Oblak went back to working hard to avoid the third goal from Cádiz (m.78).

However, it was Atlético who scored two minutes from the end to gain peace of mind with his fourth goal, Koke’s work after a good action by Argentine Ángel Correa. In the end, little prize for Cádiz and the mattress team, very solid and solvent, which extends its advantage at the front of the table to finish more leader.

Incidents: Match of the twenty-first day of The league Santander, played at the Ramón de Carranza stadium, without an audience.