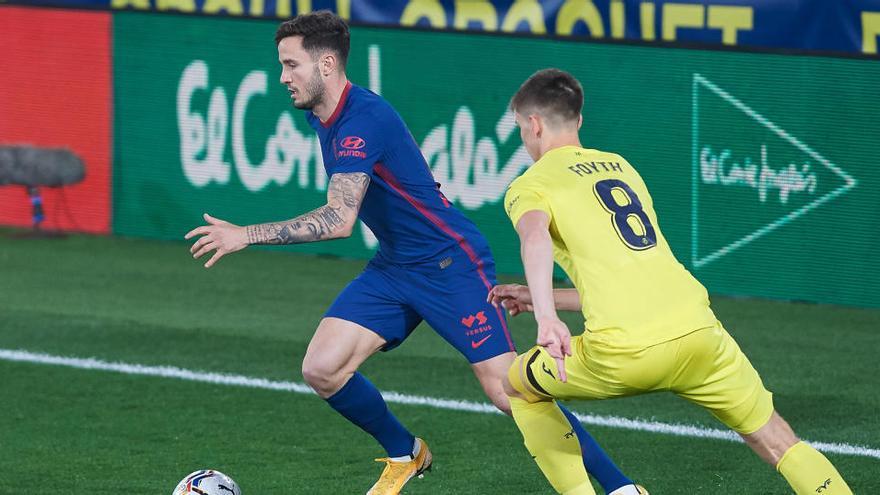 The Atlético de Madrid took the three points of La Cerámica before the Villarreal in a match where the Castellón team was superior in the game but in which the Madrid team showed maximum offensive effectiveness and exhibited its defensive strength when it was worst when it was happening before the net local dominance.

Tortured by Samu Chuwkueze in the gang and besieged, especially in a second half in which he barely managed to get out of his field, the leader survived in La Cerámica, won three games later (two in the League and one in the Champions League) and made sure to reach the derby with an advantage, in which he will be able to count on Luis Suárez, who did not see the yellow card that would have separated him from the shock against him Real Madrid.

Villarreal started the game with more intensity and focused. The pressure from Unai Emery’s team created problems for Atlético to connect with their inner players, although gradually the game was balanced without either team dominating, although it was the locals who seemed more comfortable on the pitch.

Nevertheless, both teams were firm at the start of their field but their game lacked danger in the last third of the field, without depth to put Asenjo and Oblak in serious trouble.

In fact, it was not until the 24th minute that the first chance of scoring came from a shot by Saúl from outside the area that Asenjo sent for a corner and that was the prelude to the first goal of the match but required the VAR to be validated.

A Lemar cross at the far post found Savic’s header and despite the fact that Asenjo managed to repel, andThe ball touched Pedraza on the ground and entered the local goal.

Atlético found the goal before the game, since although Villarreal did not appear as a clear dominator, Simeone’s team had not generated danger or fluidity in their game until then.

The locals tried to react, they tried to put more rhythm to their game and to the game and had a good option to tie in a complicated shot by Gerard Moreno after an excellent pass from Dani Parejo, but between the athletic defense and Oblak they managed to serve from the same goal line.

The Villarreal prowled the Oblak area in search of the equalizer but without success Against an Atlético who had a hard time going against him and who with very little managed to reach the break with an advantage.

In the second half, the leader was more comfortable on the field from the beginning against a more imprecise Villarreal It was more difficult for him to combine and move the ball than in the first half.

But the entry of Colombian Carlos Bacca and Ecuadorian Pervis Estupiñán gave Villarreal more depth, which put Simeone’s team in their field and made him go through the worst moments of the game.

However, when the mattress set went through more difficulties Joao Félix appeared, who had entered after the break, to increase his team’s advantage taking advantage of a poor clearance by Pau Torres that the Portuguese converted into a goal with a low and powerful shot.

Without a brilliant game, the advantage gave a greater calm to Atlético’s game against Villarreal who sought to advance meters but without clarity of ideas before the good network of the Madrid team and when he reached the rival area he rushed into the final meters.

The team of Unai Emery regained intensity and harassment but did not take advantage of Samu Chukwueze’s mobility, which the athletic defenders could not stop but without his team being able to benefit from the auction. In addition, Baena crashed the ball into the post and forced Oblak to give his best version on two of the home’s clearest occasions.

Atlético forgot to attack and Villarreal put him in their field in a siege that was largely unsuccessful due to the performance of Jan Oblak, which prevented Villarreal from obtaining an award for his best game.

Referee: From Burgos Bengoetxea (Basque Committee). He showed a yellow card to the locals Albiol and Jaime Costa and to the visitors Felipe, Lemar and Saúl.

Incidents: match corresponding to matchday 25 of LaLiga Santander played at the La Cerámica stadium without an audience in the stands.

All the goals of matchday 36 of Second

All the goals of LaLiga matchday 32