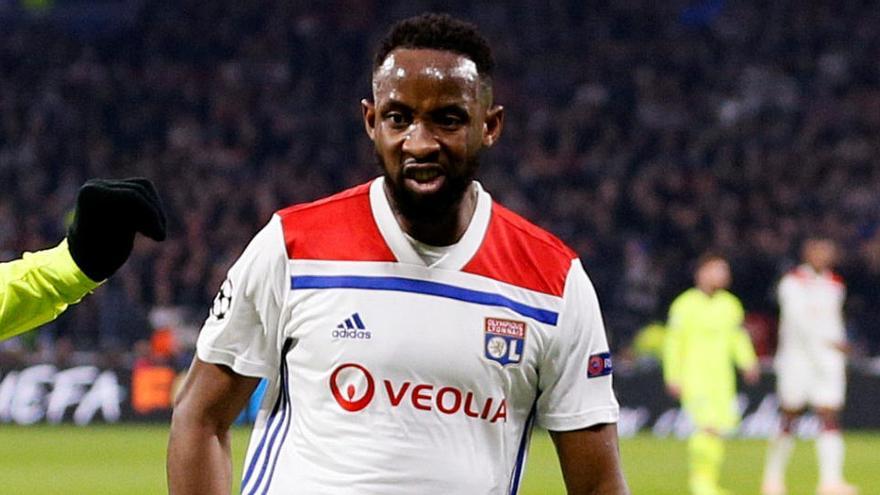 He Atlético de Madrid pay to 1.5 million euros for the loan until June 30, 2021 of the French striker Moussa Dembélé, from Olympique Lyon, which includes a purchase option of 33.5 million euros “to which incentives for 5 million can be added,” according to the French club.

“Atlético de Madrid has reached an agreement with Olympique de Lyon for the loan of Moussa Dembélé for the remainder of the season. The footballer, born in Pontoise (France, July 12, 1996), underwent a medical examination at the Clinic University of Navarra before becoming a new rojiblanco player “, the Madrid entity announced minutes later on its official website.

In addition to the price of the transfer and the purchase option, with the possible bonus for objectives, the French entity has also specified that, in the case of the purchase by Atlético at the end of this season of the French forward of 24 years, Lyon will also have “10 percent of the capital gain from a possible future transfer.”

“A powerful striker comes to our club, who plays in the last meters of the field and who has a great scoring instinct to convert chances he has,” said Atlético, who highlighted: “We incorporated a player with experience at the European level, accurate facing the door and with a prodigious physique“.

“His height (1.83 meters) makes him a danger overlooked by rival defenses, although his powerful stride also makes him very powerful with spaces. His corpulence makes him very effective in the game on his back, giving the possibility of incorporation to teammates who arrive from the second line and facilitating the second play. Thus, we welcome a player who joins our project with the greatest enthusiasm, “added the rojiblanco club.

Dembélé, in Spain from this Tuesday to complete his signing, has played 16 games in the ‘Ligue 1’ this year France with Lyon, who has played 19. The last three have been lost due to a broken arm, suffered in training on December 23, which will keep him out for at least one more month, according to the calculations of the French club medical services, which will not be available until mid-February.

Of the 16 duels played this season, Rudi García, his coach at Olympique Lyon, chose him for the starting eleven in six, four of them in the first six games of the campaign and only two in the last ten. Has scored a goal, on November 29, in contrast to the good numbers that he starred in last season, with 24 goals, and the previous one, in 2018-19, with twenty.

Now, at 24, signed by Atlético for the departure of Diego Costa, who rescinded his contract with the club on December 29, to reinforce and complement the attack of the team led by Diego Simeone along with Luis Suárez, who is and will be the usual starter, with Dembélé either as a substitute or at his side.

Because the offensive competition is enormous in the team. Apart dand Luis Suárez and the newcomer Dembélé, two men who move more like ‘9’ of reference, in the attack the Argentine coach also has Joao Felix, Angel Correa and even Marcos Llorente, again more used today as a midfielder.

Also the extremes Yannick Carrasco, Thomas Lemar or Víctor Machín, ‘Vitolo’, can act as strikers with other characteristics, although they are only used there circumstantially by Simeone, who recovers the 23 troops in the squad, once the left back Manu Sánchez has been loaned to Osasuna.

Lyon, who paid 22 million for Dembélé in August 2018 to sign him from Celtic Glasgow and who has a link with the player until June 30, 2023, has announced at the same time his replacement: Islam Slimani, from Leicester, until 2022.