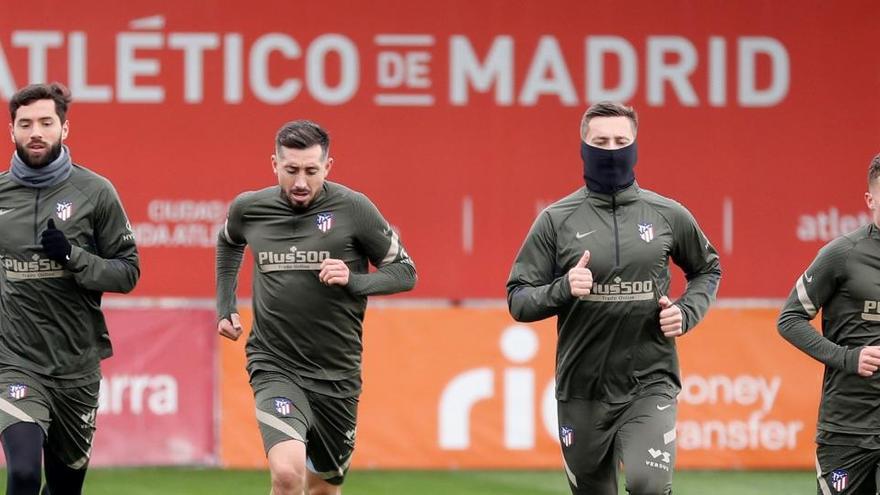 Invincible this season in La Liga, the Champions League exposes the Atlético de Madrid to jump still pending the classification for the round of 16 and to Bayern Munich, the European champion and the only opponent who has beaten him this year, but this Tuesday without Neuer, Lewandowski or Kimmich, three of its most transcendent footballers.

None of them -either Leon Goreztka, Tolisso and Alphonso Davies– will be at the Wanda Metropolitano, the fortress where Atlético awaits you. No visitor has won in that territory in the last 20 official matches. Not even Liverpool. No one has won there in a year, since December 1, 2019, when they lost 1-0 to Barcelona and Lionel Messi.

He has only lost two of his last 55 official matches in the Metropolitano, only five teams have been able to win there in the already 92 local matches of Atlético in that stadium, 48 of them with their mark to zero, and in European competition they have won 15 of their 19 games in that field. At Vicente Calderón, already with Simeone as coach, Bayern lost on their two visits, both 1-0.

All these data are so true as that his last commitment at home was a 0-0 with Lokomotiv, which has entangled the rojiblanco team in an uncertain classification for the round of 16, although more in appearance than in reality, provided that the group follow the foreseeable course in other clashes outside.

The calculator dictates that you need four points to go through the round without depending on anyone else that of himself; intuition predicts that this amount will be smaller, depending on other markers. First from Lokomotiv-Salzburg this Tuesday; after Bayern-Lokomotiv next week. For example, with a German victory against the Russian bloc, Atlético would be worth a draw in Austria to be second, whatever happens this Tuesday, but that equalizer would probably be an essential condition.

There is only one exception that would classify Atlético on Tuesday: the victory against Bayern Munich, added to the draw between Lokomotiv and Salzburg. The rest of the marker combinations postpone the resolution of the second place until the last day of Wednesday the 9th. The first is already yes or yes Bayern.

The German team collect victories in the Champions League. He won everything in the last edition and has followed the same path in this one, with Atlético included 4-0, which also left a disturbing sensation: in the previous game in Munich he beat him as and when he wanted the rojiblanco team, by much promising staging.

Atlético needs much more than what they showed in Munich. He cannot afford the conformism with which he assumed that defeat, no matter how much Bayern may be. They have not lost since, unbeaten in their most recent eight games, winning six in their last eight games and with impressive speed in the league.

And despite the casualties, because it has been superimposed on them and on the accumulation of matches with the naturalness of a first level squad. This Tuesday, in the absence of the afternoon session, he maintains six: his two ‘9’ Luis Suárez and Diego Costa; the midfielders Lucas Torreira and Geoffrey Kondogbia and the wingers Manu Sánchez and Sime Vrsaljko.

Nothing else recovers Héctor Herrera. The Mexican is ready after missing the last three games due to a muscle injury. Just reestablished, his entry into the eleven seems unlikely, in which will be Joao Félix and Yannick Carrasco, after rotating ownership in Valencia. The Portuguese striker has a pending rematch with Bayern, signaled by the lack of intensity with which he played a ball with Josuha Kimmich in the German 1-0 in October.

No more variations are foreseen in the team that Simeone raisesWhether it is the 3-5-2 that is used in certain games now or the classic 4-4-2, with goalkeeper Jan Oblak; the centrals Stefan Savic, José María Giménez and Mario Hermoso; the lanes Kieran Trippier and Yannick Carrasco; the media Marcos Llorente, Saúl Ñíguez and Koke Resurrección and the forwards Joao Félix and Ángel Correa. Thomas Lemar appears as an alternative in the attack on the Argentine.

In front, Bayern doses efforts. Apart from the injured Kimmich, Davies and Tolisso, neither Neuer nor Goretzka nor Lewandowski travel to Madrid, as confirmed by their coach, Hansi Flick. The idea is to reserve them for the weekend’s Bundesliga game against RB Leipzig, in which the leadership will be at stake.

At the same time, Marc Roca, who would have had all the cards to play this Tuesday, loses the game after being sent off in the previous European match against RB Salzburg.

In Neuer’s place will be substitute goalkeeper Alexander Nübel, who arrived at the beginning of the season from Schalke where he started.

Lewandowski also has his natural substitute, Eric-Maxim Choupo Moting, while Goretzka’s case is more complicated since, in the face of Marc Roca’s sanction and the injuries of Tolisso and Kimmich, Flick will have to improvise if he wants to find a partner to form the double pivot with Javi Martínez.

One possibility would be for David Alaba to go to midfield, Lucas Hernandez to the center of the defense and that Bouna Sarr played as a left back. Another variant, which he already used once in the Bundesliga against Werder Bremen, would be to play with a single ‘6’ and give way to Jamal Musiala, with a more offensive position.

Jerome Boeteng and Lucas Hernández, who were substituted against Stuttgart on Saturday due to injury, are in the squad. However, Boateng may have rest and let his position be filled by Niklas Süle.

The match will be arbitrated by Clement Turpin, the referee who was insulted by Diego Simeone on April 27, 2018, in the first leg of the Europa League semi-finals against Arsenal. For this reason, he was sanctioned with four suspension matches, including the final of that tournament and the clash for the European Super Cup.