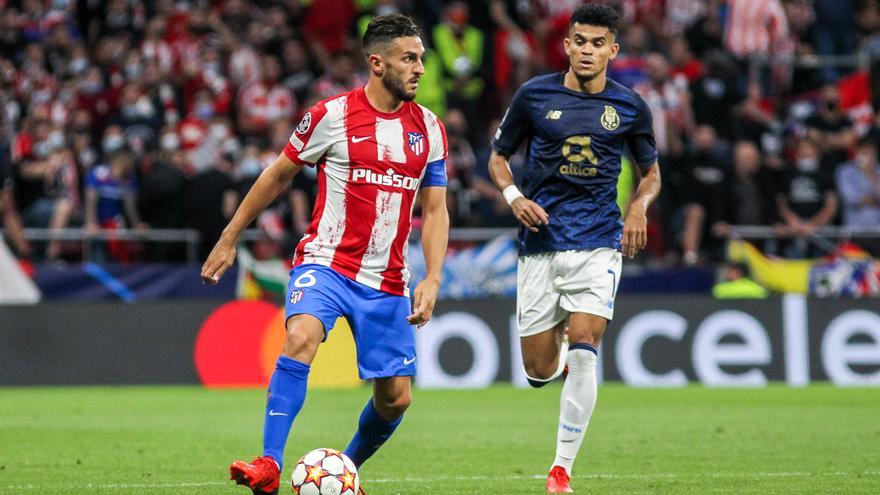 The Atlético de Madrid It is played this Tuesday at the Estádio do Dragao (9:00 p.m. / Movistar Champions League) for a large part of the season in a ‘final’ to continue ahead in the Champions League, a life or death match against Porto, that of the last day of the group stage, in which both aspire to get your ticket for eighths.

With Liverpool (15) leading and with the first place already secured, the second position of the B Group It is an incognito that will finally be solved this Tuesday. The protagonists of the Portuguese venue and San Siro will have to look askance at the results of the other matches to see if they will be in the knockout rounds.

At the moment, those of Diego Pablo Simeone (4) are bottom to a point of Porto (5) and with the same points as AC Milan (4), which just a week ago blew everything up with a goal from the Brazilian Junior messias in the 87th minute that completely silenced the Wanda Metropolitano (0-1).

Now, the accounts are clear: if they want to be in the round of 16, the rojiblanco team is obliged to win in Portugal for one more goal than the Italians do at San Siro against a Liverpool that is no longer playing anything. And for this, he must recover from the mental blow that Saturday’s defeat against Mallorca in LaLiga Santander (1-2).

Brazilian Matheus Cunha responded to his first start by overtaking the colchoneros, but Russo, in the 80th minute, and Take Kubo, in the discount, managed to turn the crash around and leave the ‘Cholo’ team ten points behind the leader Real Madrid (39) -which has one more party-.

The traditional defensive reliability of the Madrid team is still missing, a risk given the arrival of a Porto that has only run dry in one of its last 15 games – against Liverpool (2-0) -. To the casualties of Felipe Monteiro, by sanction, and the injured Kieran trippier They have joined in the last hours those of Stefan Savic, with a muscle injury in his right thigh, and José María Giménez, who has not yet recovered from a contracture.

Both will force the ‘Cholo’ to make changes in the rear. Thus, it will foreseeably have Sime Vrsaljko and Renan Lodi on the wings, and Geoffrey Kondogbia could be the one to pair up with Mario Hermoso in the center of defense.

Above, the rojiblanco coach recovers Yannick Carrasco, although he will have to wait on the bench in an attack predictably led by Antoine Griezmann and Luis Suárez, who returns to eleven, and in which Cunha could see his good work rewarded against the Balearic Islands or leave his place to Thomas Lemar.

Opposite, Porto will try to defend its second place in the group, for which it is enough to beat Madrid; in their first group engagement, they took a draw from Wanda Metropolitano (0-0), a result that could be enough for them also this time in case the Milan don’t beat the ‘reds’.

In the Portuguese league, those of Sergio Conceição They are undefeated leaders, having won 11 games and drawn another two, and have only conceded eight goals – and scored 33 – in the thirteen championship dates.

The Colombian Mateus Uribe will miss the duel due to suspension and Ivan Marcano Nor will he be due to a foot injury, while ex-Madrid player Pepe and João Mário could recover in time to face the match.