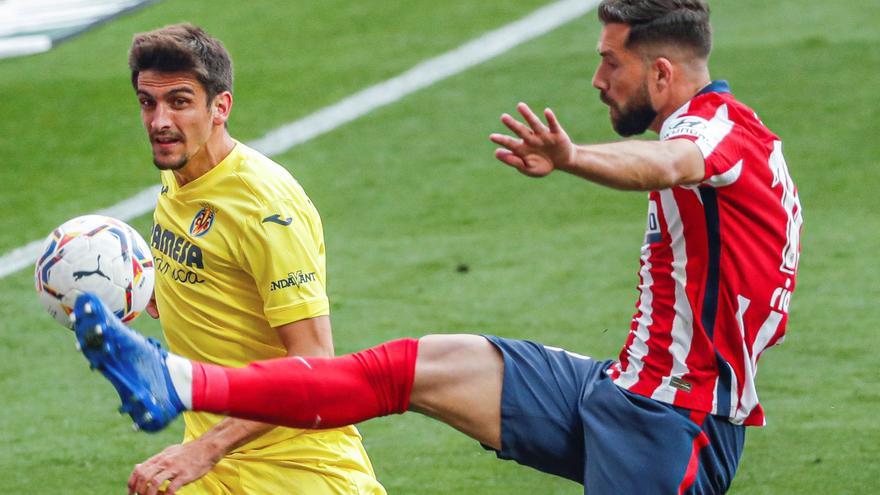 Not a single occasion had the Atlético de Madrid in 94 minutes against Villarreal, who canceled it without remission, shutdown from start to finish by the detailed and accurate plan of Unai Emery, valid to tie, not to win, at the Wanda Metropolitano, the scene of a practically harmless duel.

The rojiblanco team is tied again, as so many times in recent times -for the second day in a row or for the ninth time in the 19 most recent appointments that they have been undefeated-, suffered a nightmare throughout the match from which he only woke up when the referee whistled the end and decreed a predictable matter: 0-0.

The main character of such grief wore yellow, proved to be a compact block, almost always unapproachable, worked by Emery down to the smallest circumstance of the game, he focused on the local virtues to devote all his attention and block them. In short, Villarreal practiced as Atlético did so many times.

There was no doubt about the significance of the clash, perceived from the starting eleven. The same at Villarreal, with Estupiñan at the disposal of Unai Emery; one very similar to the guy at Atlético, traced to many days of the past season, if it weren’t because you already have in the attack of Luis Suarez, with the appearance of indisputable.

There was no better evidence in that sense than his midfield: he went back to the formula of Thomas, Saúl and Koke, as much as the first half of the first two in Huesca It was a visible slow exercise of incomprehension of the party and the demarcation that they are used to, more or less the same of the entire first act this Saturday, but with three.

We will have to see when it arrives Lucas Torreira, if it arrives, because it requires the departure of a footballer (Héctor Herrera or Lemar), but the three media have been and are undoubtedly Simeone each time he senses a rival and a higher match, like the one Villarreal proposed to him.

Atlético did not like it. So studied was Emery that obscured his most insistent offensive resources: he did not allow him a high pressure, so crucial for him; he covered the bands to prevent the rises of the wings (Moi Gómez was embedded as another left-handed back to defend); he retreated when Simeone’s block designed positional attack, as slow as ever; invited him to fail in the pass between the lines and he pressed every maneuver of Joao Felix.

Neither on the left nor in the middle, disappeared due to the closure of all the passing routes promoted by Villarreal, did everything the Portuguese footballer should have come into play, much less even compared to the first day against him Pomegranate or the second half against Huesca. And that’s where Atlético felt a problem.

And the. Sometimes he looks more like a left winger than a second striker, with that gesture of frustration that he discovers on his face – he did not improve it in his 75 minutes of duel – when he feels uncomfortable. Villarreal did not even let him turn, with an obvious consequence for Atlético: another monumental jam that requires more tactical imagination than the variation of positions, systems or missions depending on whether it is a defensive or offensive phase.

Luis Suárez was not even seen near the area. Having a footballer on your side and not giving him any chance also encourages Atlético to reflect. Because almost always the duel designed by Villarreal was played. Definitely. The slow pace was what the yellow team wanted. His risks were limited, as was his offense, true, because the visibility on the horizon of a counterattack and a shot of Mario Gaspar, no matter how stretched, accurate, as always from Oblak, they are not enough to win either.

Too much respect, perhaps excessive, until then, to believe in victory, although Gerard Moreno played in their ranks, the best of all in attack, or Mario Gaspar discovered another way, covered again by Oblak at the beginning of the second half; too predictable, tremendously, Atlético, whose blackout was generalized, as well as the individual impotence transmitted by each local footballer, blocked by their rival, also by the very idea of ​​the game.

The closest to the rojiblanca occasion in an hour was a closed center. Faced with such a panorama, Simeone’s reaction was especially late, who did not move any piece of the ‘chessboard’ until minute 68, when he proposed all the vertigo that was missing: Diego Costa -for Suárez-, Marcos Llorente and Yannick Carrasco, inside .

Not like that -then he added the replacement of Joao Félix by Héctor Herrera, debutant in this course- Atlético provoked a single opportunity, more present in the opposite field, closer to the area and almost as flat, insubstantial and inoffensive as the whole game. The 6-1 to Pomegranate it’s just a nice memory a week later.

Incidents: match corresponding to the fifth day of The league Santander played at the Wanda Metropolitano stadium without an audience.