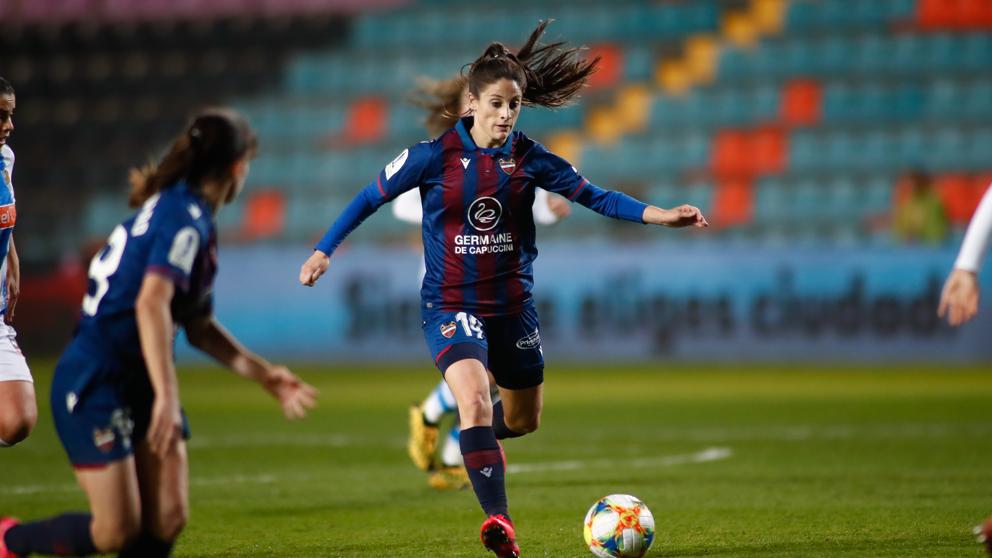 The 20th day of the 2019-20 Iberdrola League starts on Saturday with the two-game dispute and continues on Sunday with six other matches.

The day starts in a new morning in the Sports City of Sevilla CF. The two teams have had a good week. Both are still alive in the Copa de la Reina and with good feelings. Especially, those of Cristian Toro who defeated Levante 3-0, one of the greats of Spanish women’s football that faces Atlético de Madrid on Sunday with the second position of the table in play.

EDF Logroño, which did not have a hard time eliminating RCD Espanyol 0-2, seems to have overcome the slight bump it suffered after the march of its emerging star, Barbara Banda, to Chinese football. Those of Gerardo García León are responding well in recent weeks and are seventh in the table, well above what could be expected at the beginning of the season.

Real Betis could sleep outside the relegation positions if he is able to defeat RCD Espanyol who still does not know the victory in official competition so far this season. The Catalans, although mathematically do not continue to maintain options, are not transmitting the sensations that lead them to think that next season they will remain in the elite of Spanish women’s football. His coach, Jordi Ferrón, however, insists that his players can work what would almost be a miracle. If so, the match against Betis is crucial.

As for the news, the premises have a new front, Jermaine Seoposenwe. For its part, Ferrón can count on Lombi, who returns to the discipline of Espanyol. In the casualties chapter, the Cantabrian Eli del Estal has left Espanyol to try his luck in Korean football.

The big game of the day, no doubt. If the María Pry Levante is able to take the three points of their visit to the field of the current champions, they reach the second place in the table.

The stop of the Iberdrola League has not sat well with either of the two teams, which have experienced disappointments in both the Super Cup and the knockout round of the Copa de la Reina. Both fell in the semifinals of the Super Cup and also in the cup. Atlético fell on penalties against Real Betis, penultimate in the League. El Levante, meanwhile, also did not have his day in the Andalusian capital where he faced Sevilla by Cristian Toro who won by a blunt and unexpected 3-0.

Who knows if the significance of the game played this Sunday weighed on the legs and on the heads of the players of both teams.

The derbies are always special games, difficult to predict, and this is no exception. In the first round match played before more than 24,000 spectators at the Reale Arena, Athletic won and began its comeback.

The two teams arrive with two trajectories in the Iberdrola League very similar. In fact, only one point in the table separates them. Athletic is fourth with 30 points and Real, sixth with 29. However, the San Sebastian have played one game less.

The Real can not count on Barbara Latorre so Nahikari must multiply to get in trouble at the local rear.

Two points separate the two teams that have been able, especially the Canaries, to take some distance over the relegation positions. For the Madrid CFF, who are having a wonderful time the reinforcements of the winter market, a triumph would allow him to take a leap in the table and breathe with some more calm. In the home team, the victory would mean approaching the positions of the first half of the table.

Both teams will face each other for the second time in the same week. This time, the stage will be different and also the competition. In the first match, corresponding to the knockout round of the Copa de la Reina played in Andalusian terrain, ended the victory of Lluís Cortés by a clear 0-4.

The Catalans, undefeated in the four competitions they play this season, are favorites as in all the games that play this season. Sporting needs all three points to get away from the danger zone and will not give up trying to repeat the victory they achieved against Barça at home last season.

The visitors have the casualties of the sanctioned Patri Ojeda and the injured Sandra Bernal, Tanaka, Peiró and Rodríguez. The problems of the premises in this section of casualties are concentrated in the left band where you can not count on Falcon, Laila and Serrano. Kheira Hamraoui will not be available to Lluís Cortés.

José Luis López Bargues will debut on the bench of a mad Valencia who is living a real nightmare this season. After the dismissal on the last day of the disputed league of Irene Ferreras, the team gave a painful image in the Copa de la Reina qualifier played in Abegondo against Deportivo Abanca. The Galicians beat the Valencians by a forceful 7-2. The match against Tacon should be the beginning of the recovery for a Valencia that aspired to move in the noble zone of the table and, on the contrary, could end the day in decline as the results go.

Oriana Altuve is Carlos Santiso’s main doubt for the match that will face Rayo with Deportivo, the great revelation of the season. The Venezuelan scorer was able to play a few minutes in the cup qualifier against the CD Heel. However, it seems that the ankle of the front is not fully recovered after suffering a sprain and everything suggests that the game could begin on the bench.

Deportivo, meanwhile, will jump to the Sports City of Lightning with his usual team. Much of the attention of the Madrid defender should focus on controlling Peke, who scored four of the seven goals that Manu Sánchez scored against Valencia in the cupping match.