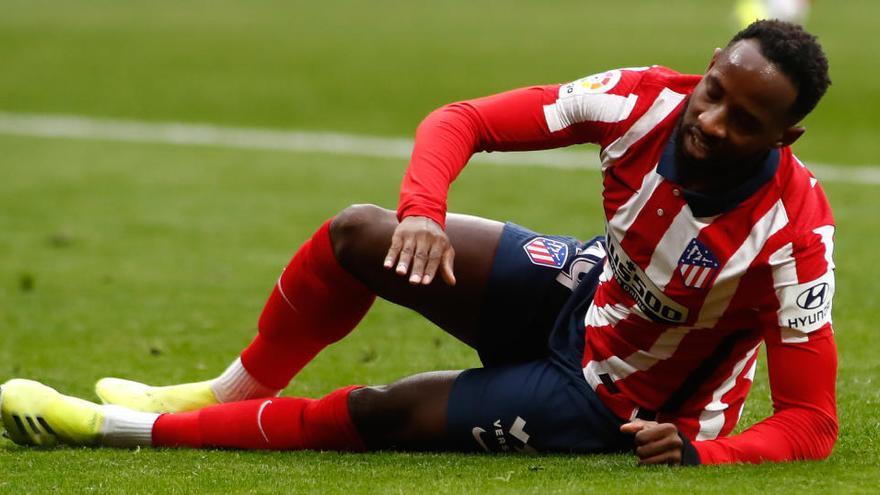 Already the rival in the round of 16 of the Champions League, Chelsea, is demanding for him Atlético de Madrid, who competes this Tuesday against him and the circumstances in Bucharest, far from his territory, diminished by casualties, in doubt about the results and faced with adversity.

If there is a moment that I probably wouldn’t have chosen the rojiblanco team to get in front of your strongest yearning again, the ‘Champions‘, it would be this, especially because it directs him to play outside his fortress of the Wanda Metropolitano, where lost to Levante on Saturday, yes, but where he accumulated 447 days unbeaten until then.

The pandemic and the consequent restrictions on the arrival of citizens from the United Kingdom to Spain to contain the spread of the British strain of Covid-19, extended until March 2, deprive them of their refuge, your most comfortable place, where it has beaten Liverpool (1-0), last year, or Juventus (2-0), two years ago, in its two precedents in this same round.

It is a disadvantage, because there they have only lost in six of their 91 official matches, however much Chelsea was one of the winners in that field (1-2 in 2017-18, in the first Champions League match at that venue), because he has scored 157 goals, because he finished unbeaten in 55 games and above all because the game will be played at Stamford Bridge, the team’s field. ‘blue’.

The first leg is at the National Stadium in Bucharest, which, no matter how many good memories he generates at Atlético, because there he achieved the first of the seven titles of the Diego Simeone era, the 2011-12 Europa League with a tremendous Radamel Falcao against Athletic Club (3-0), and no matter how much the place is played without an audience, it is not the same for the rojiblanco as the Wanda Metropolitano.

Neither because of the trip, the three and a half hours that the rojiblanco team covered on Sunday, barely 24 hours after the end of his defeat against Levante (0-2), which adds to the sporting doubts that now surround Atlético, which is no longer so incontestable or so overwhelming or, above all, so forceful in areas as demonstrated until just a few weeks ago.

Not in his own – he has conceded twelve goals in his ten games in 2021, of which he only kept a clean sheet in one, and conceded the opponent’s goal first in five of the six most recent games-; nor on the contrary, with a single goal in his last 42 shots on goal in the double duel played against Levante and with three consecutive games without scoring Luis Suarez, his scorer.

Those data describe your current moment. Also the casualties. He had six last Saturday against Levante and will have five this Tuesday against Chelsea in Bucharest that limit Simeone’s possibilities, especially on the right side, where neither Kieran Trippier, sanctioned, nor Sime Vrsaljko, with discomfort, nor the alternative to both, Yannick Carrasco, injured.

And they have a major influence on Atlético, especially because Simeone has relocated Marcos Llorente there, an undoubted resource anywhere on the field, also in the right lane, but without all the splendor of the arrival, the overflow, the goals -nine already this season-, the assists -eight- and the prominence he has above; on the inside right, at the end or at the front.

In that panorama (Héctor Herrera, for the fifth duel followed by Covid-19, and José María Giménez, injured are also injured), Llorente points back to the side in Simeone’s scheme, in which Jan Oblak, Stefan Savic, Felipe Monteiro, Mario Hermoso, Saúl Ñíguez, Koke Resurrection, Geoffrey Kondogbia, Thomas Lemar, Joao Félix and Luis Suárez, either in a 5-3-2 or in a 4-4-2.

In front, the Lampard-Tuchel change it has gone well to Chelsea, who does not know defeat under the command of the German. The team has gone from being ninth to fighting seriously for the Champions League positions and in the seven games in which Tuchel has been on the bench, Chelsea have won five and drawn two.

The change in drawing, from 4-3-3 to 5-2-1-2, has given defensive solidity to a team that has conceded only two goals in this new stage, but which, yes, lacks a goal. “We have not scored all the goals that we should for the opportunities we have had“Azpilicueta assured.

And it is that the figure of ‘9’ is the one that creates more doubts for Tuchel, who has tried everything. Both Tammy Abraham, the most prolific forward this season, and Olivier giroud They have entered the Chelsea testing ground. Even the German coach has considered the option of Timo Werner playing at the top, but the former Leipzig player is more comfortable lying on the left and from there he broke his scoring drought against Newcastle two days ago.

The German is a fixture in Tuchel’s schemes and it is that this Chelsea of ​​the future must orbit him. Given his state of form, the normal thing is that he is accompanied by Abraham above and Mason Mount on the other side, although Tuchel has quality to spare with Kai Havertz, still unexploited, Christian Pulisic, always physically touched, and Hakim Ziyech, who does not quite settle, but who knows what it is to do very well. in Champions.

The double pivot will be untouchable and N’golo Kanté and Mateo Kovacic They will lead the team from there, while the line of three centrals will be made up of Azpilicueta, Antonio Rudiger and Kurt Zouma, the latter two being the easiest points for Atlético to attack.

Tuchel will have doubts on the sides, between choosing the experience of Marcos Alonso and his versatility in attack or defense of the 50 million Ben Chilwell. In the right it will be clearer with Reece James and in goal there will be Edouard Mendy, Tuchel’s number one.