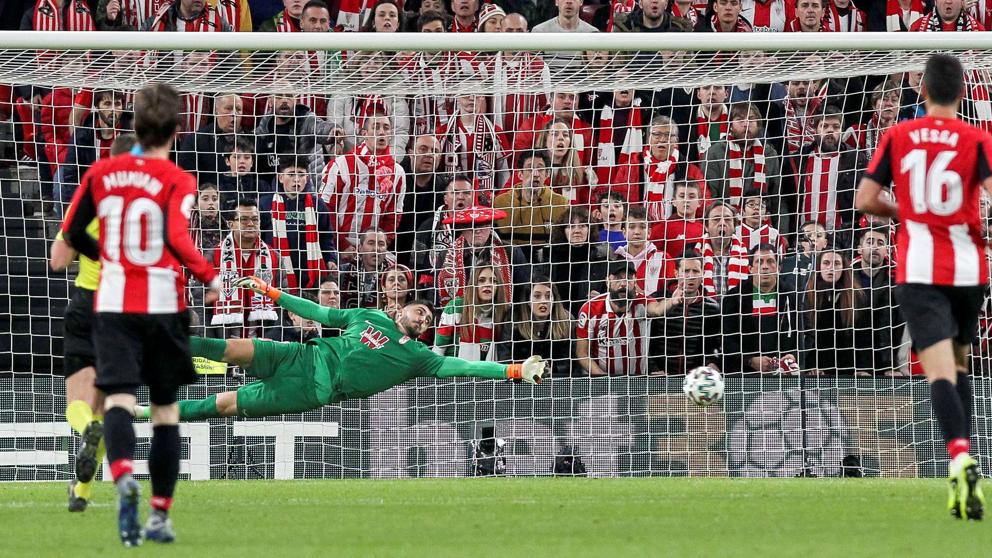 The Athletic took advantage of his status as a local and on track Bilbao the first of the semifinals of the Cup against a Pomegranate very defensive, surpassed by a San Mamés that it was a boiler and that is already seen with one foot in the final of Seville.

As expected, no team saved anything. All the headlines that rested the weekend were on the grass. Athletic played with tremendous intensity from minute one, with a Dani Garcia that swept everything in the center of the field, Muniain very smart to play between the lines and Iñaki Williams a nightmare to overflow the bands. The icing on the cake was Raúl García, a guerrilla fighter where there are them, a supportive footballer with his own and destabilizing the opponent with his browns, especially in the rival area.

Granada tried to play your Athletic but the energy lasted ten minutes, the time the Garitano team settled in the field. The first shot with danger was from the Andalusian team, from Soldier to Víctor Diaz pass, and then there was another from Herrera at thirteen, stopped in two times by Unai Simón, but little more did Granada in the offensive plane, folded in around Rui Silva for the push of Athletic.

Vesga had the first chances for the locals, especially one after a loss of Germán’s ball, but his shot was not good. When Granada thought that the worst was over and hoped to get to rest with the body intact, Athletic’s goal came.

The victory goal came after a great pass from Iñaki

The 1-0 came in the 42nd minute in a control in the race with the shoulder of Iñaki Williams, who left his scoring for a band and put a center to the great area for Muniain to go ahead of his marker and push it to the net. Granada protested and the VAR reviewed the play in case the control had been with the arm. It was not understood and went up to the scoreboard

The script of the match changed in the second half. Granada took a step forward and went for the tie. Athletic did not care to give up the ball because it was already good to find cons if the opponent messed back. His remained the best occasions. At 58 minutes Rui Silva made a stop for Capa and two minutes later the same side scored 2-0 on the back. Hernández Hernández consulted on the monitor and canceled it because he understood that Iñaki was hindering the goalkeeper.


The return of the scorer

The match was heated with abruptness from each other. With 20 minutes left Aduriz, who had turned 39 on Tuesday. In his first action he won a yellow for a blow to Duarte. In the absence of nine minutes could reach the draw of Granada in a distant shot of Neva stopped by Simon. There were no more occasions. The 1-0 left Athletic happier, who in three weeks must defend his small income in the new Los Cármenes.