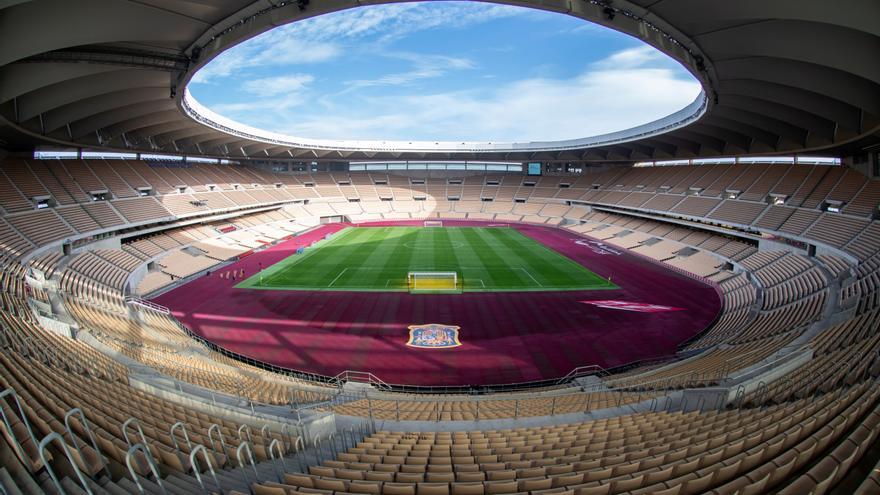 The one that measures Athletic Club and the Real society in La Cartuja de Sevilla is a Copa del Rey final that revalues ​​Basque football, a historically recognizable, important football that has its most classic derby against the Bilbao and San Sebastián teams.

Athletic and Real have never met in a Cup final, at least with its current name. Although in 1910 the Biscayan team already won a cup final against the Gipuzkoan, although the Donostiarras played it under the name of Vasconia Sporting (1-0).

But this Saturday will be the final of the finals between Basque teams. An appointment that has three precedents. In addition to Athletic’s victory against Vasconia, the triumphs of Real Unión de Irún -the first with the name of Racing-, over Athletic and Arenas de Getxo in 1913 and 1927. The two also 1-0.

With this final, rojiblancos and blanquiazules recover somewhat the shared protagonism in the 80s of the last century, that of the titles of the Real and the last great successes of an Athletic that, nevertheless, has spent a long decade chaining great events again and greening laurels.

Those 80s in which Athletic and Real achieved two league titles, one Cup and one Super Cup each.

In any case, the Bilbao team comes to this match with the experience of having played seven finals since 2009, three in the Cup, one in the Europa League and three in the Super Cup. Of them, lost the first five, four against Barça and one against Atlético de Madrid; and won the last two, both in the Super Cup and against the Barcelona.

The last one last January, the new format Super Cup in which the Real Madrid and Barça in four days, with Real as fourth participating team.

It was a milestone in history to win a short tournament against such rivals, perhaps the most powerful football clubs in the world. What Another milestone is being pursued this season by the team that Gaizka Garitano put into the final on Saturday and from which Marcelino García Toral drew the best for captain Iker Muniain to lift the Super Cup trophy, an icon already in Bilbao.

It is the historic triplet that he could achieve in a single season if he added to the 2021 Super Cup the two Cup finals 2020 and 2021 that come to him in two weeks, the second against Barça. All in La Cartuja, where the first one already won.

To achieve it, Marcelino would also make history on an individual level, as he would be the first coach to win two Cup titles in a row with two different teams. The one from Villaviciosa is the current champion because he won in 2019 with him Valencia to Barça.

At the second end of this course, Marcelino arrives with clear ideas and a certain mystery about the double pivot that he puts into the fray. A midfield couple who will choose between Dani García, Unai Vencedor, Unai López and Mikel Vesga. Four players to whom the Asturian coach has given similar prominence since his arrival.

The rest of Saturday’s starting eleven is clear: international Unai Simón will be the starting goal and ahead of him the defensive line of four will be composed of Óscar de Marcos, Yeray Álvarez, Íñigo Martínez and Yuri Berchiche.

The rojiblanco attack is also clear, which will be occupied by Alex Berenguer, the right, and Muniain, the left, with Raúl García and Iñaki Williams as the most advanced couple.

In the Real, the return of David Silva, who arrives in good condition after his last injury, is the best news for a team that faces this game with worse sensations than its rival but with at least the same options given the background in the derbies of recent seasons.

The San Sebastian have already forgotten the 1-6 against Barcelona in the last match of The league and they need a boost that, without a doubt, is Silva’s presence in the starting eleven, since with the canary in the field the defeats are very little.

The last title achieved by Real, also in the Cup, moves away to 1987, so only three of the players who will reissue that appointment had been born –Miguel Ángel Moyá, David Silva and Nacho Monreal-. A fact that reveals how much it has cost him to have something large so close to take to some showcases again.

Imanol Alguacil did live that historic day that he will now try to repeat with a very recognizable eleven, since they also return to the team Monreal, Aritz Elustondo and Joseba Zaldua, absent in the last league games. And it may be that Asier Illarramendi, given his experience, will take a helm in midfield that Ander Guevara and Martin Zubimendi have also managed with remarkable success.

Two sides of the coin are given in this match for Real. The face is that of the excellent results of Imanol Alguacil in the derbies against the Biscayan, with a single loss in five games.

The cross is represented by Marcelino García Toral. The Asturian is the First Division coach with the best results against the Guipuzcoans, since he has only lost two games out of 20 played. Although, yes, both defeats occurred in the Cup.

Athletic will have a new opportunity in the final of this edition against Barcelona who will play in two weeks, but Real puts everything in a meeting in La Cartuja that can promote a brilliant and young generation which, at the moment, lacks a title