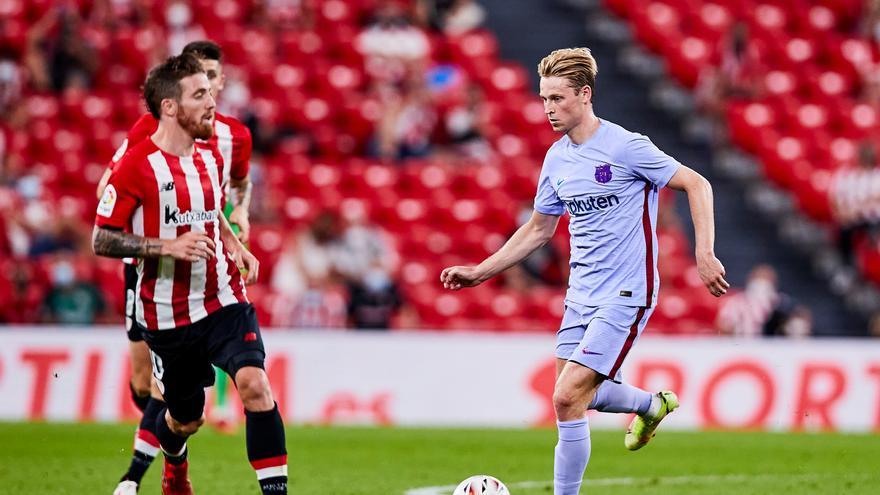 The athletic club receive the FC Barcelona in San Mames in an outstanding duel of the round of 16 of the Copa del Rey, a single match between the two clubs that have the most trophies in their showcases and in the reissue of the last final, which was Blaugrana in colour, between two teams that arrive at the event after failing to win the Super Cup.

Closer to this was Athletic Club, who fell in the final against a Real Madrid 'super champion' who previously eliminated Barça. But both reach their ground, that of a Copa del Rey that excites and motivates the same in Bilbao as in Barcelona, ​​with the 'culers' being the kings of the competition.

Without a doubt, the fact that San Mamés is the venue after the designs of the draw adds a bonus of equality to this match. The closest precedent, 1-1 on the second day of this League in August. And before that, that cup final that Barça won 0-4. Although the teams, since then, have changed.

In fact, Marcellin he will be able to use the notes he took from that final, but at Barça the tenant of the bench is now a Xavi Hernandez that, in the eyes of García Toral, has improved that Barça of Ronald Koemann.

Athletic Club might seem shaken after losing the final of the recent Super Cup, but in Bilbao they believe more that they are signing a great chapter in their history with so many finals. There is faith in the project and, in fact, the rival, through the mouth of Xavi himself, recognized that the 'lions' of the present and the future are the best batch of recent years.

Thus, between praise and flattery from one side to the other, this crucial match for both arrives. For Athletic, victory would mean forgetting the Super Cup in the best possible way and staying alive in the Copa del Rey they always yearn for. At Barça, winning is synonymous with giving a giant step more towards the title that they have closer, and in their fetish competition.

Marcelino, who appealed to the strength of San Mamés to reduce the inequality that he believes exists between both entities and teams, could recover striker Asier Villalibre for this duel but he will still not be able to count on unai winner, still injured.

Xavi, for his part, has doubts about memphis depay, with muscular discomfort, and of an Ousmane Dembélé to whom he sent a clear message; either renew or look for an exit from the Camp Nou in this winter market. The one who will not be, due to suspension, is striker Luuk De Jong, who is in great shape.

But in Can Barça they are calm, compared the current panorama with that of the closest past, since they have recovered Pedri and Ansu Fati and also to a Ferran Torres already registered and recovered, who could repeat ownership --as in the Super Cup against Real Madrid-- but this time more attached to his new team.